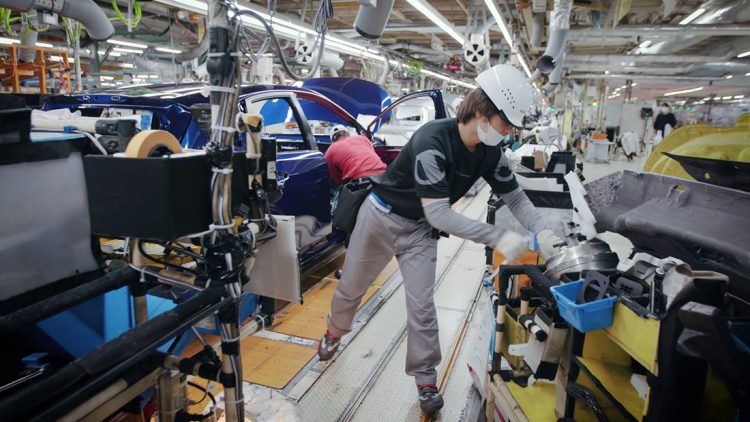 At Nissan’s Oppama plant, south of Tokyo, no battery is wasted as the company repurposes the lithium-ion packs to power its automated guided vehicles (AGVs) in the factory.

Nissan, together with 4R Energy, has been a pioneer in giving batteries from electric vehicles a new life in powering its AGVs.

The first-generation LEAF was fitted with a 24-kilowatt-hour battery pack. These lithium-ion batteries were made by combining 48 modules. About eight years ago, Nissan's engineers found a way to take three of these modules, repackage them and fit them inside an AGV.

Automated guided vehicles deliver parts to workers in a car factory. They are basically mail carriers that save time and boost efficiency. At Oppama plant there are more than 700 AGVs.

Since the batteries were not powerful enough to run a car anymore, but they still had a lot of energy left in them, the company decided to fit them onto AGVs. These vehicles equipped with the lithium-ion batteries, new or repurposed, charge faster.

This is because workers no longer need to take out the batteries to plug them in. The AGVs simply stop momentarily at the charging station along their route and incrementally top up at each passing. This automation saves a great deal of time. 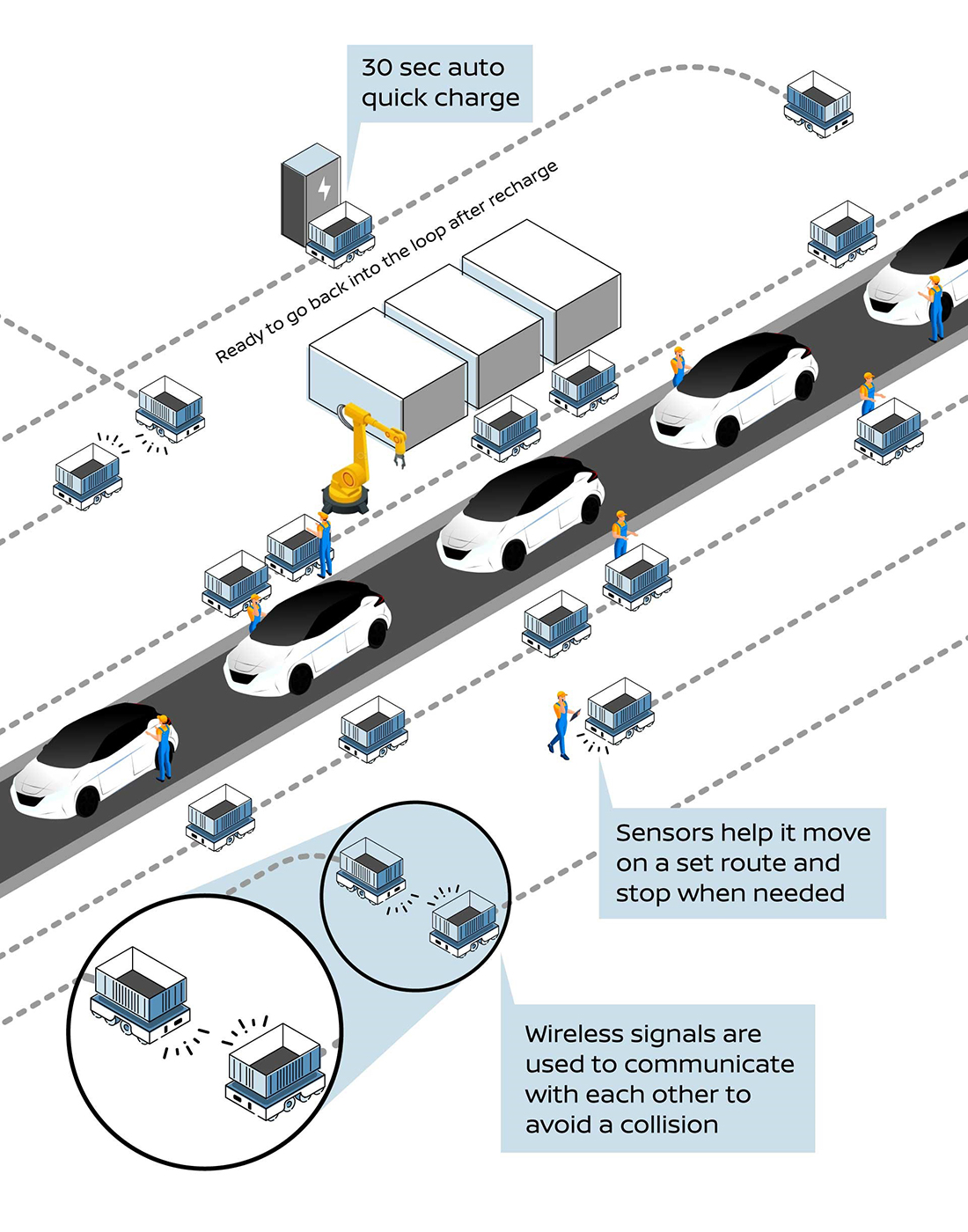 The company has said that the repurposed LEAF batteries also last longer between seven to eight years. The fact that the batteries can be reused for a second-life application ultimately benefits customers too, according to Masashi Matsumoto, who promotes the development of AGVs at Nissan's Production Technology Research and Development Center.

“Our customers benefit too. When used EV batteries become more valuable, trade-in prices rise” he said. “With more ways to use batteries, the overall residual value of the LEAF has increased.”

Nissan is confident that this is only an early stage of AGVs, and it expects them to further develop in the years to come. In fact, for now, each machine is bound to the magnetic path laid down for it at a factory. Like a train on a track, it can only travel where the tape allows it. But in the future, they could eventually rely on sensors and algorithms to move around autonomously.

“Using our unique electric-driven and autonomous driving technologies to improve AGVs will bring major innovation to our factories,” says Matsumoto. “The supply of parts in factories is entering the age of electrification and automation.”