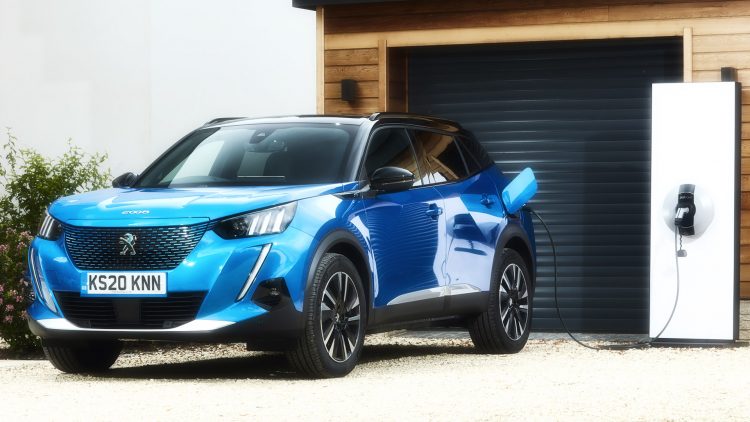 Responding to the recent overhaul of Government’s Plug-in Car Grant, Peugeot has made changes to its pricing for the e-2008 range and enhanced deposit contributions for the e-208 models. This move ensures that the e-2008 products continue to benefit from the Plug-in Car Grant (PiCG). For the Active Premium, Allure and Allure Premium models, that means a price reduction of £450 in order for them to remain eligible.

Prices after the PiCG for the Active Premium now start from £30,730, while Allure models start from £31,930 and Allure Premium variants from £32,380. Naturally, you will still be able to haggle with your local dealer, but this move from Peugeot means that you can be sure to get a little extra help from Grant Shapps.

The move has been designed to help generate a total reduction of £3,000 – with £2,500 from the PiCG and the rest from the manufacturer. At the time of going to press, we saw business leasing deals on the e-2008 Allure down as low as £252 and the Active Premium at around £5 a month more.

Here in the UK, Peugeot's managing director is Julie David. She told the media, “The Plug-in Car Grant has helped many make the switch to electric vehicles, and we have ensured our electric cars remain eligible for the grant. The revised pricing of the e-2008 and increased deposit contribution for the e-208 are further evidence of our commitment to electrification with our goal to offer an electrified variant across our entire model line-up by 2025.”

Both the Peugeot e-208 and e-2008 are powered by a 50kWh battery and a 136hp electric motor. The e-208 is capable of up to 217 miles on a single charge, while the larger e-2008 achieves up to 206 miles under WLTP testing. Easy-to-use three-mode charging means both can be charged in just 7.5 hours using a 7kW wallbox, while 100kW rapid charging can, it is claimed, restore 80 percent charge in as little as 30 minutes.

With a driving range hovering around the 200 mile mark, we found that the e-2008 to be a good choice in the crossover EV class and its smaller sibling offers a similarly competitive set of features.

The government would have been counting on this kind of move from the main manufacturers, at least in part. As batteries and other expensive components drop in price, we'll see less and less government support in the future.