BMW shows off images of i4 electric Gran Coupe 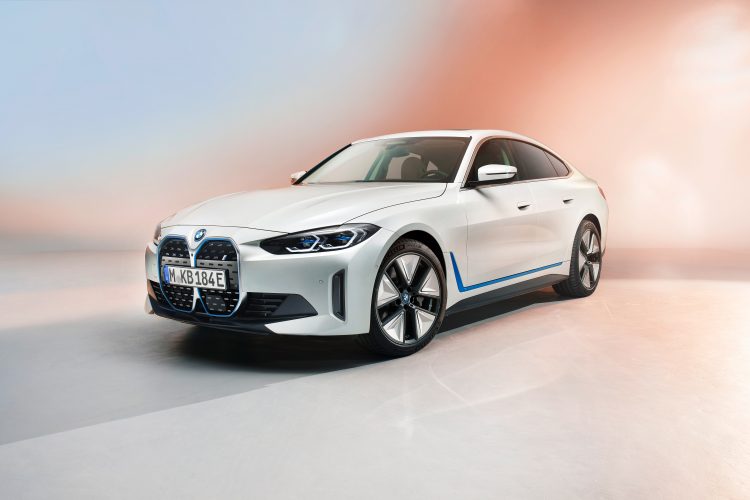 BMW has revealed its new all-electric i4, which will go on sale later this year.

The BMW i4 is a fully electric 4-door Gran Coupé but it will boast performance numbers of an M5 as it will have a power output of 530 hp and will accelerate from zero to 60 mph in around 4 seconds.

The company has said that the EV will be available in different versions covering ranges of up to 366 miles / 590km (WLTP).

The i4 will be using BMW’s fifth-generation eDrive electric motors and will be powered by an 80kWh battery pack, mounted low in the car’s chassis. According to the company the system (battery and motors together) has been designed to be lightweight tipping the scales at 550kg.

The BMW will support charging up to 150kW, which means that it will be able to recharge a battery from empty to 80% in a mere 35 minutes.

As we reported in January, BMW expects the i4 to be a mixture of precise handling, fascinating cornering dynamics, balanced comfort, and excellent workmanship.

This is just the latest example showing that BMW seems finally committed towards an all-electric future. In fact, we reported that the company has recently announced that its German plants will become fully electric.