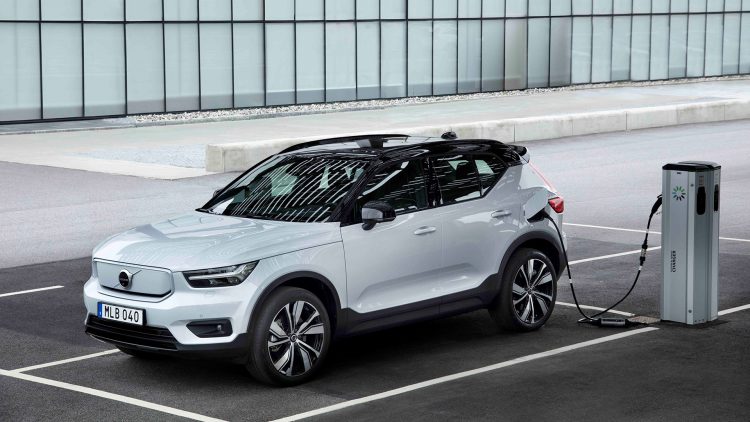 Volvo Cars has announced that it will be an all-electric brand by 2030.

The company has said that it is committed to becoming a leader in the fast-growing premium electric car market and plans to become a fully electric car company over the decade.

The 2030 ambition represents an acceleration of Volvo Cars’ electrification strategy, driven by strong demand for its electrified cars in recent years and a firm conviction that the market for combustion engine cars is a shrinking one.

Volvo knows that EVs are the future and soon internal combustion engines will be phased out, so this is just to be considered an investment towards its future and the brand survival, according to Håkan Samuelsson, chief executive of Volvo.

“To remain successful, we need profitable growth. So instead of investing in a shrinking business, we choose to invest in the future – electric and online,” he said. “We are fully focused on becoming a leader in the fast-growing premium electric segment.”

Volvo Cars launched its first fully electric car, the XC40 Recharge, in markets around the globe last year. The car has been such a success that we reported that company has tripled the electric car manufacturing capacity at its plant in Ghent in Belgium.

The XC40 EV is an all-wheel drive SUV with a range of 249 miles on a single charge and an output of 408hp. The battery can charge to 80% of its capacity in approximately 40 minutes on a fast-charger system.

Already by 2025, Volvo aims for 50% of its global sales to consist of fully electric cars, with the rest hybrids. By 2030, every car it sells should be fully electric.

The company has also announced another important change in its business strategy as it will transform the traditional wholesale model by moving all its sales online.

Volvo will launch a completely new family of electric cars in the coming years and all of them will be available online only. In fact, the company will invest heavily in its online sales channels, radically reduce complexity in its product offer, and provide transparent and set pricing models.

Moving all pure electric Volvo models online only is one of the key points that will help the company become an important player in the EV market, according to Lex Kerssemakers, Head of Global Commercial Operations at Volvo Cars

“The future of Volvo Cars is defined by three pillars: electric, online and growth,” he said. “We want to offer our customers peace of mind and a care-free way of having a Volvo, by taking away complexity while getting and driving the car. Simplification and convenience are key to everything we do.”

Care by Volvo, until recently known as the name for Volvo Cars’ subscription service, will be expanded into a broader customer offer aimed at increasing overall convenience. When buying an electric Volvo online, it will come with a convenient care package that includes items such as servicing, warranty, roadside assistance, as well as insurance where available and home charging options.

The announcement now makes it official, but there were already a few signs that showed that Volvo was heading towards an all-electric future. The company announced months ago that it has opened a brand-new electric motor lab in Shanghai meant for the development and testing of electric car components.