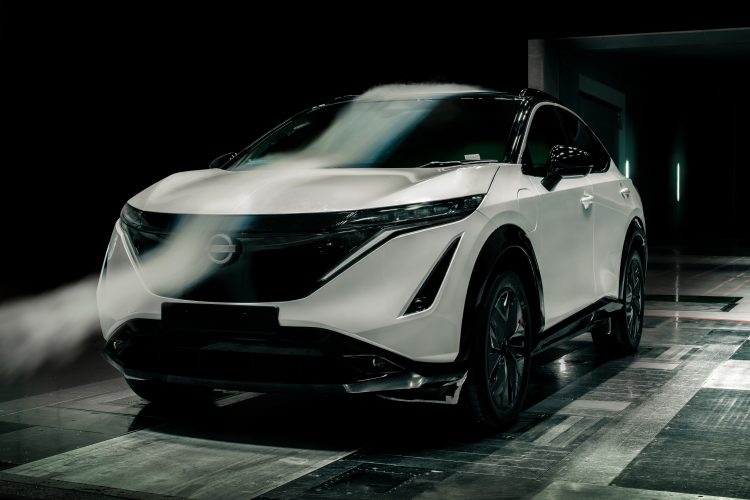 Nissan has announced that its new all-electric Ariya is expected to become the company’s most aerodynamic crossover.

The company has said that the EV will be targeting a drag coefficient (Cd) of 0.297. The very low coefficient is key to enhancing the long-range performance of the Ariya all-electric powertrain.

The Ariya’s flat underbody produces a stable and predictable ride, while the front-facing aerodynamic intelligent shield and clean body lines reduce drag. Refined by design teams in Japan and the UK, the result is a clean shape that helps the vehicle slice through the air, optimising it for highly efficient driving. 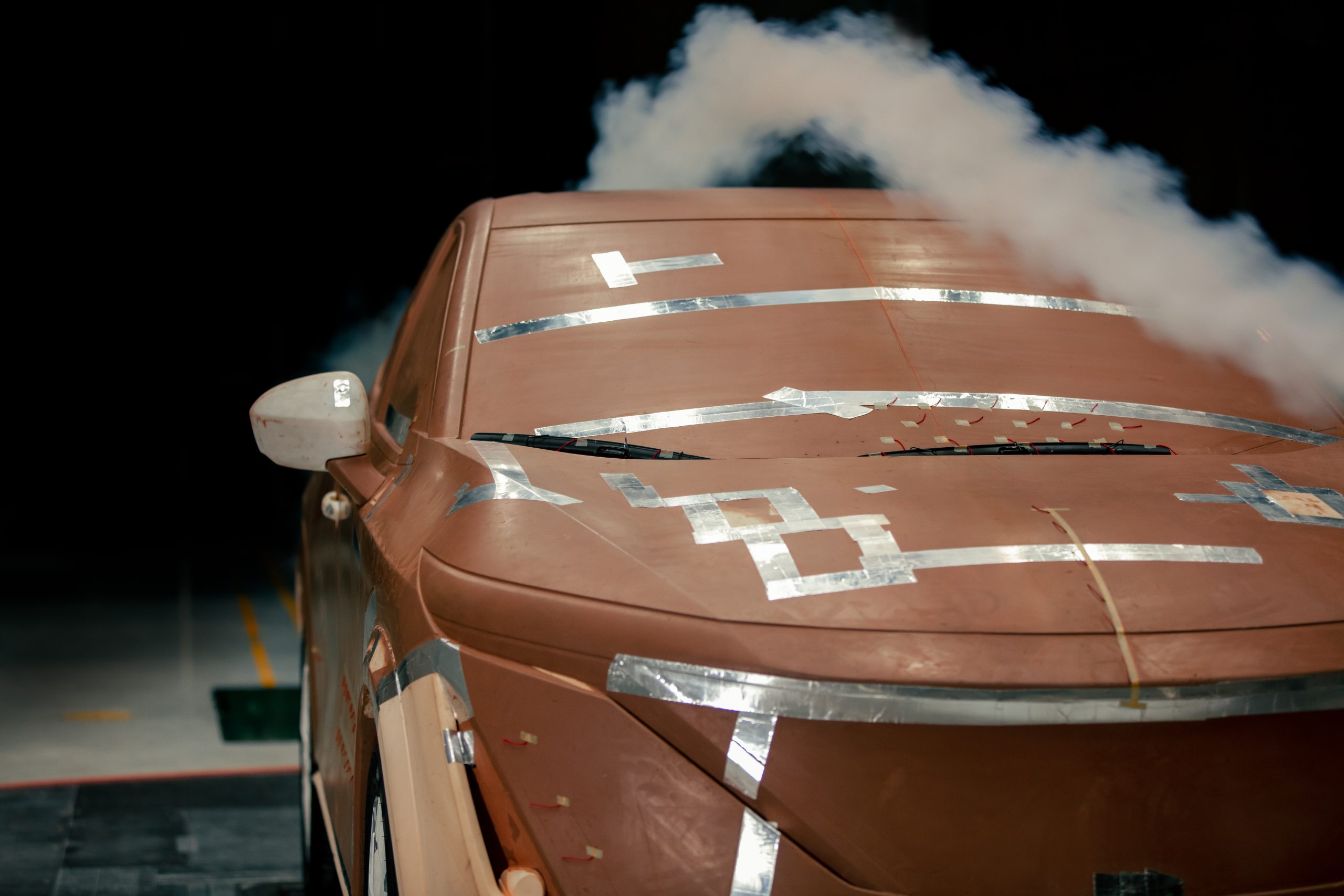 As we reported, the EV was launched in July of last year and is expected to be one of the most interesting all-electric vehicles to debut on the market. Nissan will offer a two-wheel drive version with 63kWh or 87kWh (usable) battery capacity and the version with the e-4orce, the four-wheel drive technology, with the same battery options. The car will recharge an outstanding 370km in only 30 minutes, an incredible result, thanks to support for 130kW charging.

The low drag coefficient is the result of thorough studies and testing as it is a very important aspect in the development of an efficient electric vehicle, according to Sarwar Ahmed, Aerodynamics and Aeroacoustics Engineer at Nissan Technical Centre Europe.

“With the growing shift towards electric mobility, aerodynamic testing is becoming increasingly important,” he said. “The aerodynamics of electric vehicles are directly linked to how efficiently the vehicle moves – less drag and better stability allows the customer to drive longer distances before having to recharge.”

Although the engineers at Nissan have achieved a great result, the new all-electric Škoda Enyaq iV will have an even lower drag coefficient of 0.257. 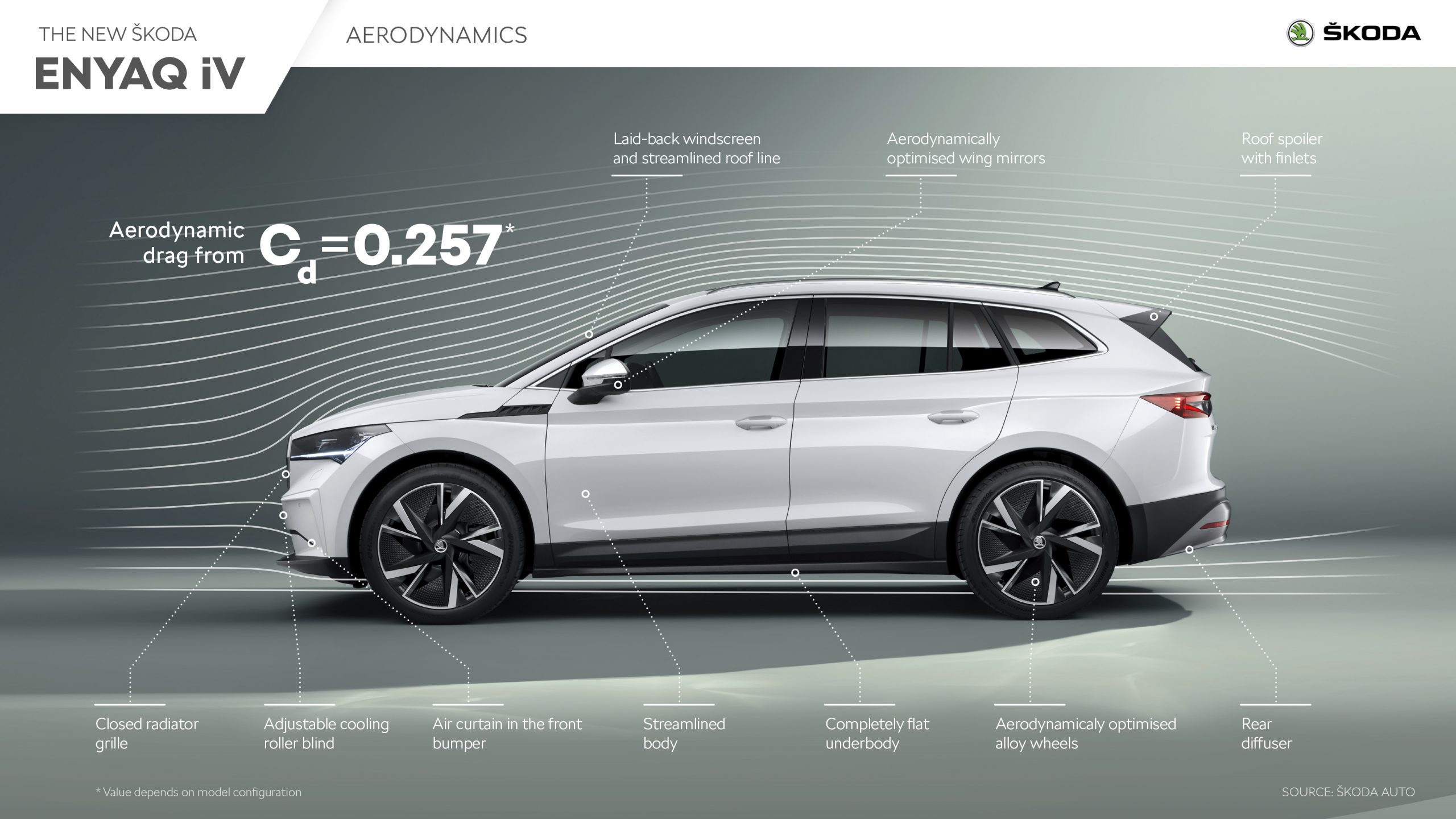 The maximum range of the new Škoda Enyaq iV is more than 323 miles. As we reported, it is based on the same MEB platform used by the popular Volkswagen ID.3 and the all-electric SUV ID.4. The Škoda is powered either by a 62 kWh or 82 kWh battery and has a starting price of £33,450.

Besides an aerodynamically optimised body, this top drag coefficient value is achieved thanks to creative details such as special aero wheels, an active cooling roller blind in the central front air intake and specially shaped exterior mirrors positioned on the front doors rather than in the window triangle of the A-pillar.

At the front of the Enyaq iV, the adjustable cooling roller blind in the central air intake varies its characteristics dynamically with conditions. Depending on the cooling air requirements of the electric drive, the lithium-ion battery and the air conditioning system, the vehicle’s electronic system opens the roller blind only as far as necessary.

The aerodynamically optimised lower part of the front bumper with uniquely shaped spoilers in front of the wheels directs the air under the vehicle where it flows along the smooth underbody panelling and the battery. Combined with the air curtains placed in the front bumper further accelerating the air, all these elements also guide the flow of air smoothly around the wheel arches towards the rear of the vehicle.

Despite the excellent aerodynamics of their vehicles, both Škoda and Nissan are however far from the Tesla Model Y, a similarly sized SUV, as it boasts a coefficient drag of only 0.23.