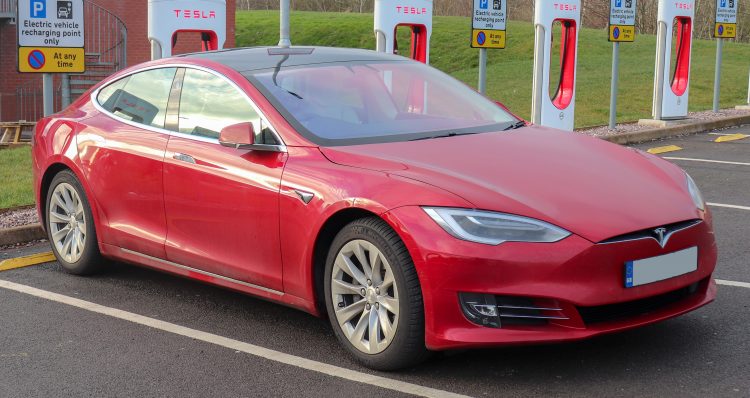 LeasingOptions has devised a hypothetical race to see which of the UK’s top EVs can go the length of the nation in the shortest time possible and for the least amount of money.

The route was a total of 837 miles from the tip of the UK at John o’ Groats, all the way down to the most southern point, Land’s End. Needless to say that Tesla has dominated the race with the Model X and Model S sharing the top spot and the Model 3 in second position not too far behind. 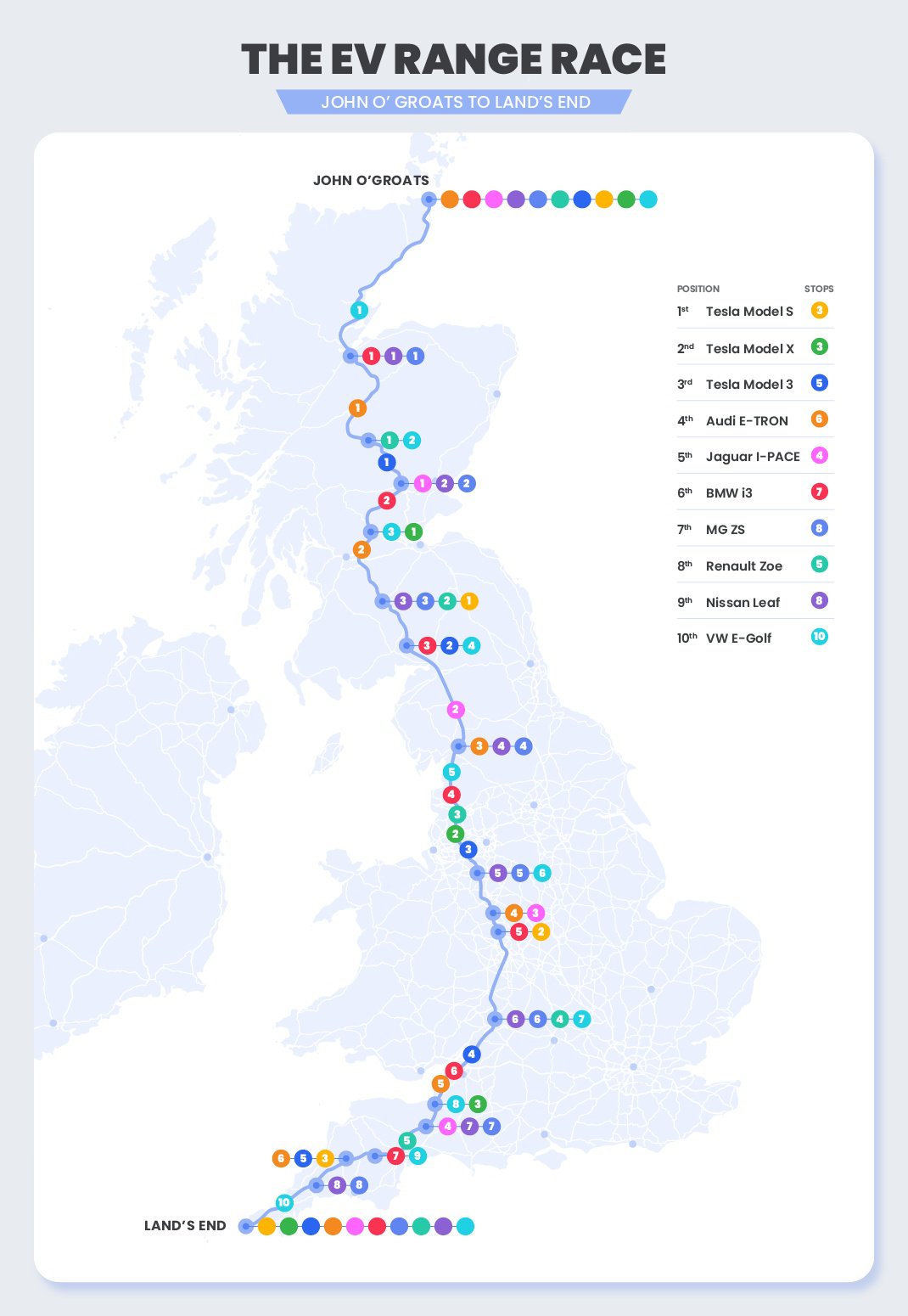 The race was completed in 16 hours and 18 minutes and a total of only 3 stops were needed for the Model X and S. The Model 3 instead had to stop 5 times (but each was shorter) and completed the challenge in 16 hours and 21 minutes.

The superiority of the American company is also highlighted by the fact that its EVs were the only ones to go under the 17 hours wall. In fact, the closest to the leading pack was the Audi E-tron which had to stop 6 times and took 17 hours and 6 minutes to go across the country.

The highly popular Nissan Leaf and Renault Zoe arrived hours later as the Japanese car had to stop 8 times, while the French car had to stop 5 times. Both cars completed the race well above the 19 hours mark.

The race also recorded the total amount of money spent for recharging the EVs and the Renault Zoe was the least expensive, only costing the driver £53.61 to make the 837-mile trip. It was closely followed by the Model 3 totalling £58.40 for the trip, 30p cheaper than its bigger brothers, Model S and X.

The slowest and most expensive EV was the E-Golf, which took over 20 hours to complete the trip and cost the driver £89.01. Also, the Audi E-tron, although quite fast, was one of the most expensive of the group as it paid £86.08 to make the journey from John o’ Groats to Land’s End. 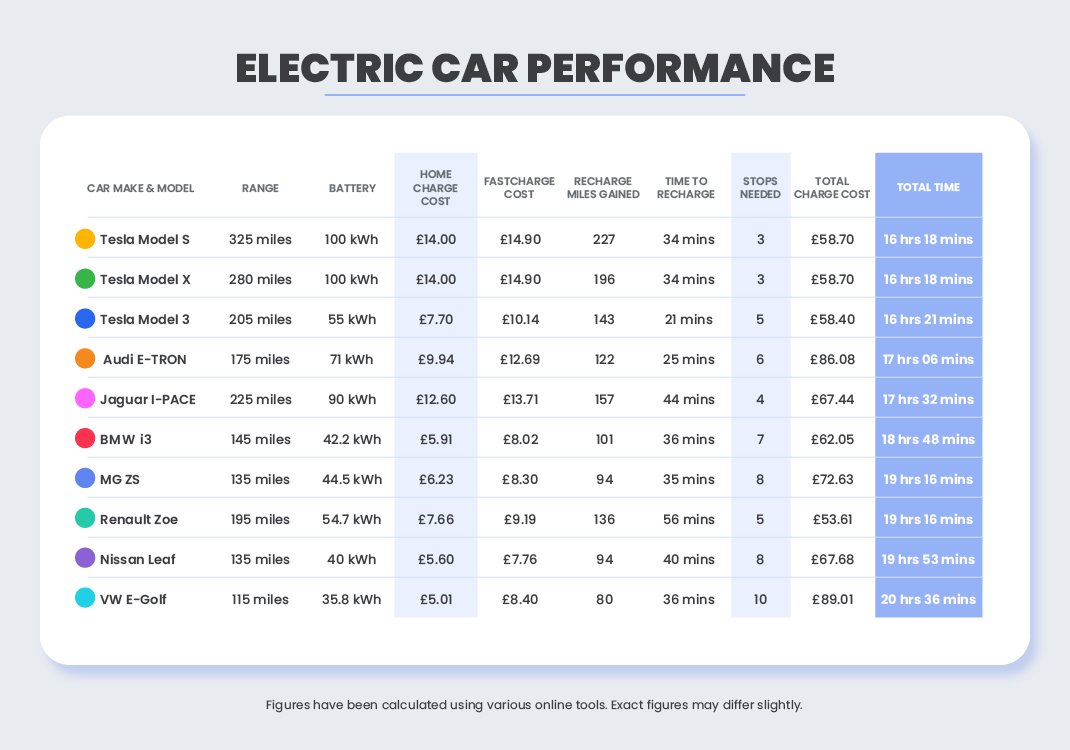 Now, if we compare the top results with what an internal combustion engine car would do, the EVs times would not be too far off.

For example, take the Mercedes-Benz C220d, which is in the same segment as the Model 3 and has a similar price. The C220d has a 41-litre tank, and by assuming that the driver will use 90% of the tank before stopping for fuel, the average tank will be around 8.2 gallons. The average mpg for this car is 55 miles (according to driver reports on Honest John), which would give the car a range of around 450 miles per tank.

Since the ICE car would stop fewer times than an EV, the journey, by driving at the same speed, would take 14 hours 46 minutes, which is considerably less than the Tesla. This is assuming a top-up at the beginning of the journey and one halfway, both taking five minutes. However, there are couple considerations to make. First, in the real world it is not feasible to drive for 14 straight hours, which means that the driver will eventually have stop more frequently than just 5 minutes halfway in the trip. That means that in a real-world situation, a Model 3 and a C220d would approximately take the same amount of time to get from John o’ Groats to Land’s End.

The second consideration to make is that the Mercedes trip will be way more expensive than the Model 3 as the average UK price of diesel is 122.7p a litre. That would mean that it would cost the driver £83.27 in fuel for the trip, which is about £30 more than the Tesla. The gap is probably going to widen even further as motorways’ fuel is usually about 15-20% more expensive.

Therefore, Tesla isn’t only dominating the EV market for range capability but can also compete and be way cheaper to run than a diesel car in the same segment.