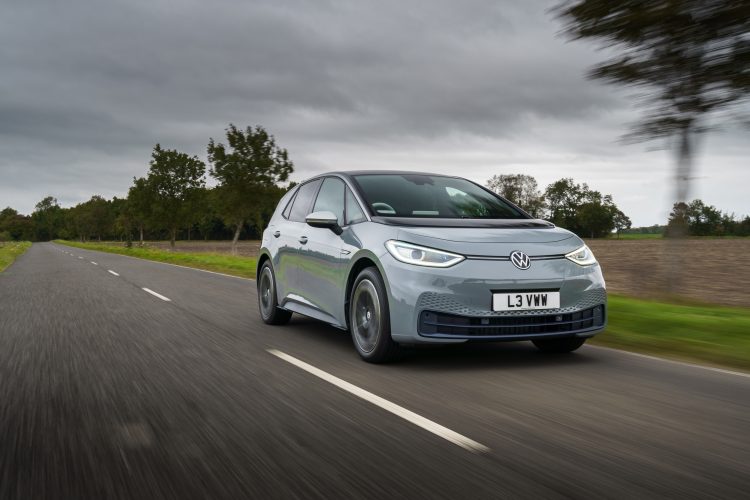 December has been another great month for electric vehicles as statistics by JATO Dynamics showed that in Europe EVs registered a 24.1% market share.

Compared to December 2019 this is an incredible result as the registrations of new EVs corresponded to only 6.3%. This important achievement was reached thanks to an incredible 271% increase in demand for pure electric cars and plug-in hybrids. 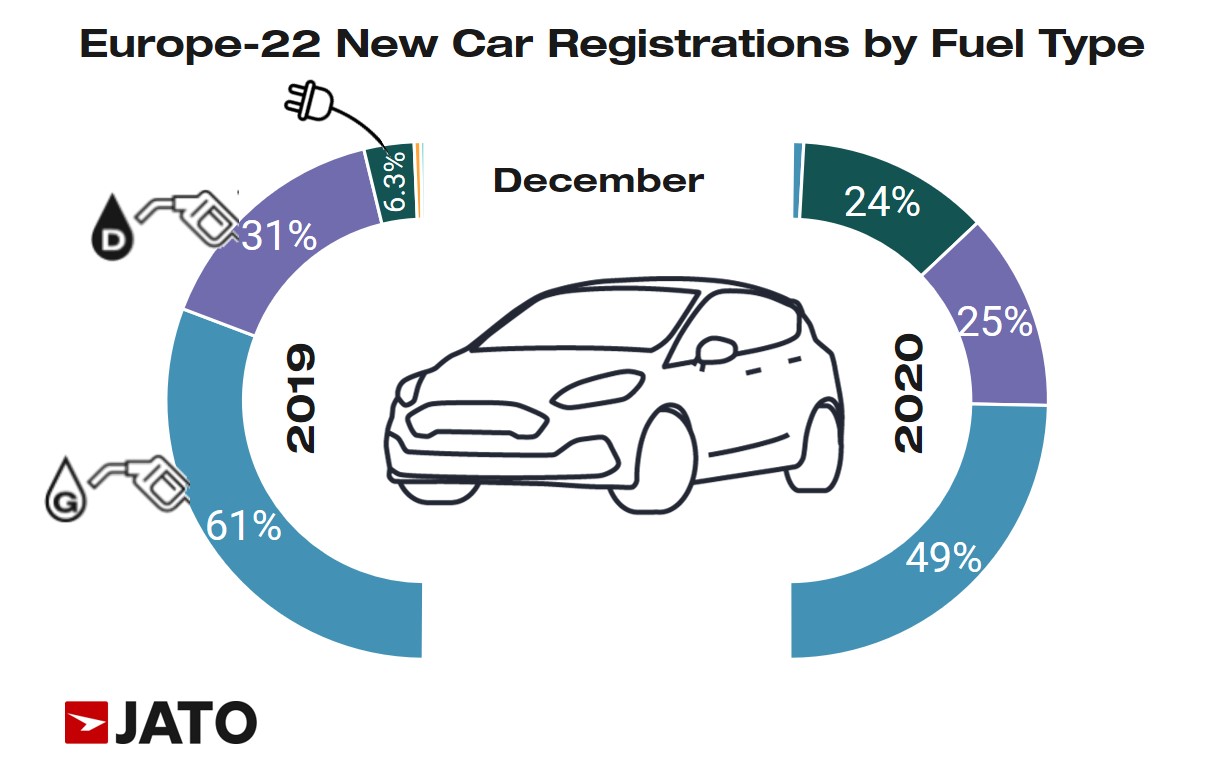 The strong demand for EVs resulted in two electric models securing places in the top 3 European best-selling cars, fighting off all but one internal combustion competitor. Coming in just a few thousand sales behind the popular Volkswagen Golf, the Volkswagen ID.3 registered almost 28,000 units and became the second most registered car in Europe during December.

The position of the ID.3 in the chart is not surprising as we reported that VW has been the clear market leader in 2020 in the all-electric segment in Western Europe, accounting for a share of around 25%, compared to only 14% in 2019. The ID.3 has also been Germany’s third best-selling car, the 4th best-selling in the UK, and the 2nd best-seller in Denmark, Norway and Luxembourg.

The German automaker is also planning to dominate the market in 2021 with a full range of offers across its entire range, with between £500 and £8,000 deposit contributions available on every model.  Among these, a £1,750 deposit contribution is available for the big-selling ID.3 range, to further ease customers’ transition to electric mobility.

This electric hatchback was followed by the Tesla Model 3 in the overall rankings for December with over 24,500 cars sold. Overall, it was a fantastic year for Tesla as we reported that in 2020, the company was able to sell nearly 500,000 cars globally.

The popularity of these EVs is signalling that the market is starting to shift rapidly from internal combustion engines to battery electric vehicles, according to Felipe Munoz, global analyst at JATO Dynamics.

“Europe is getting ready for an EV revolution and last month’s results are a clear indicator that when these cars have the right price attached to them, they can lure consumer demand away from popular gasoline and diesel models,” he said.

While EVs had a strong end of the year, the same cannot be said for diesel and gas vehicles as their demand fell by 23% each. Overall, the European new car market closed 2020 with further decline. According to data for 27 markets, the volume fell by 3.8% in December 2020 to 1,212,858 units. While this demonstrates a smaller decrease than seen in previous months, it did not offset the overall trend as cumulative registrations for the full year totalled 11,941,633 units, down by 24%.