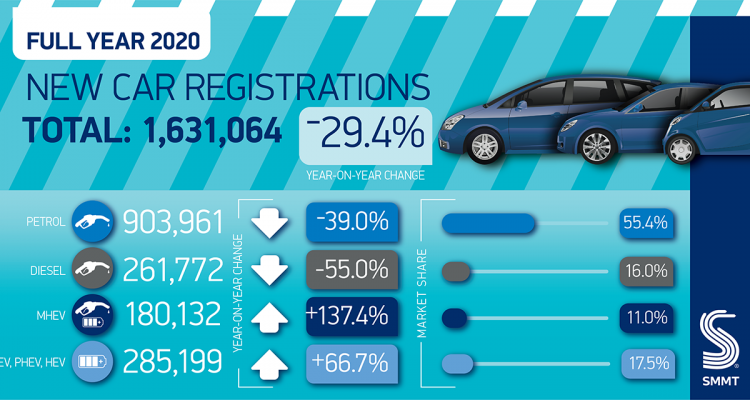 December was another great month for greener options as the number of EVs registrations has steadily increased yet again.

According to recent data published by the Society of Motor Manufacturer and Traders (SMMT), Battery Electric Vehicles (BEV) make up the category that has seen the biggest jump. Registrations have risen 343.7% from last year in December with over 20,000 units  sold.

It was also a positive month for Plug-In Hybrid Vehicles (PHEV) as the overall registrations during the month of December have seen a 103.3% increase with over 9,000 units sold. Hybrid have also seen a 44% increase from December of last year. 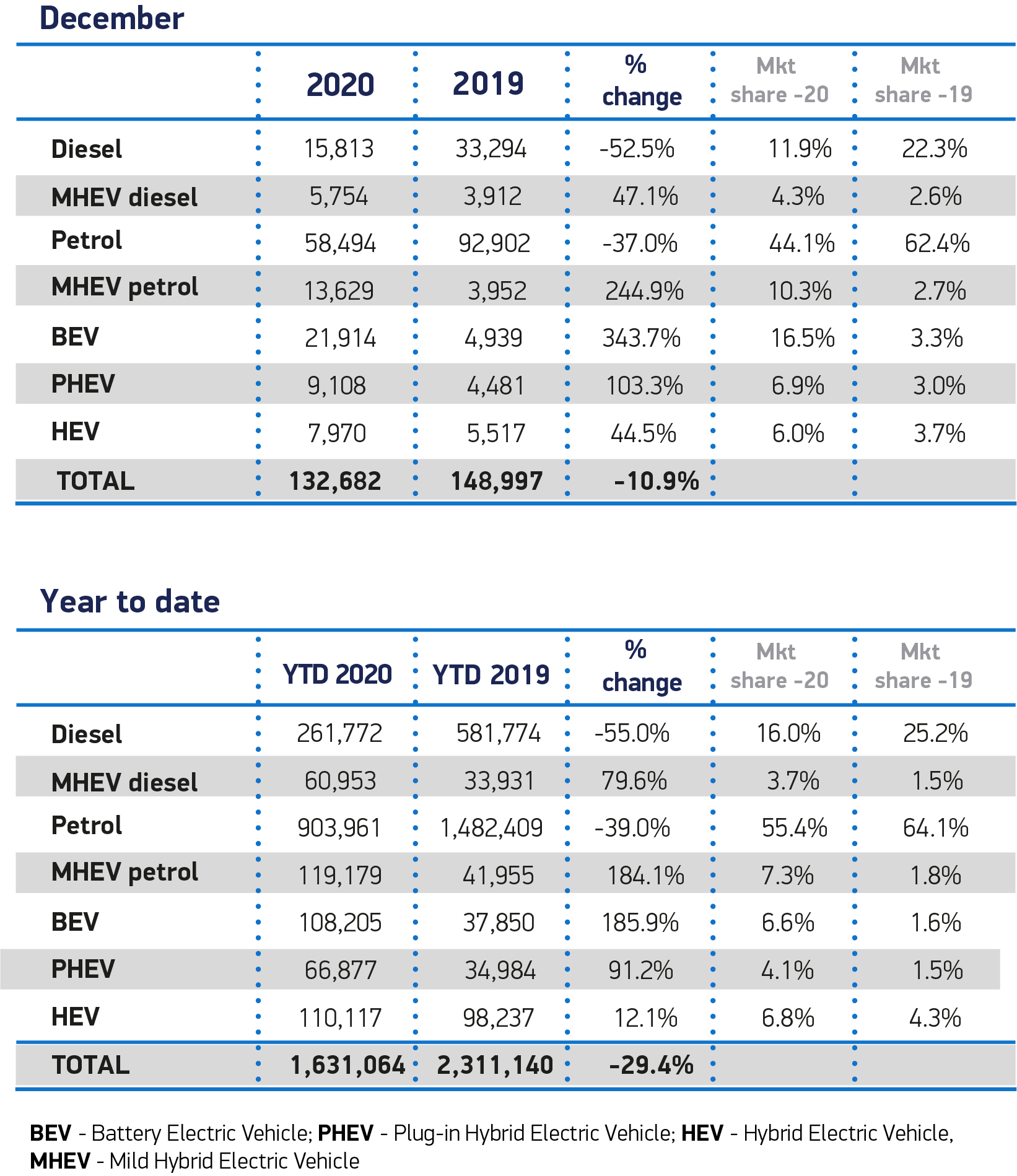 Now that 2020 is over it is possible to see the bigger picture and confirm that the all-electric revolution is well underway. The yearly increase in registration for BEVs is 185.9% which has brought the overall market share of battery electric to 6.6% compared to a mere 1.6% from 2019.

Last year has also seen PHEVs doing very well as registrations have risen by 91.2% increasing the overall market share to 4.1% from a previous 1.5%. HEV is the one that has seen the least increase. However, it is still very positive at 12.1% which has increased the market share from last year’s 4.3% to this year’s 6.8%.

It was also a fantastic month for Tesla as the Model 3 was the most sold vehicle in December with 5,798 units, way ahead of any internal combustion engine competitors. 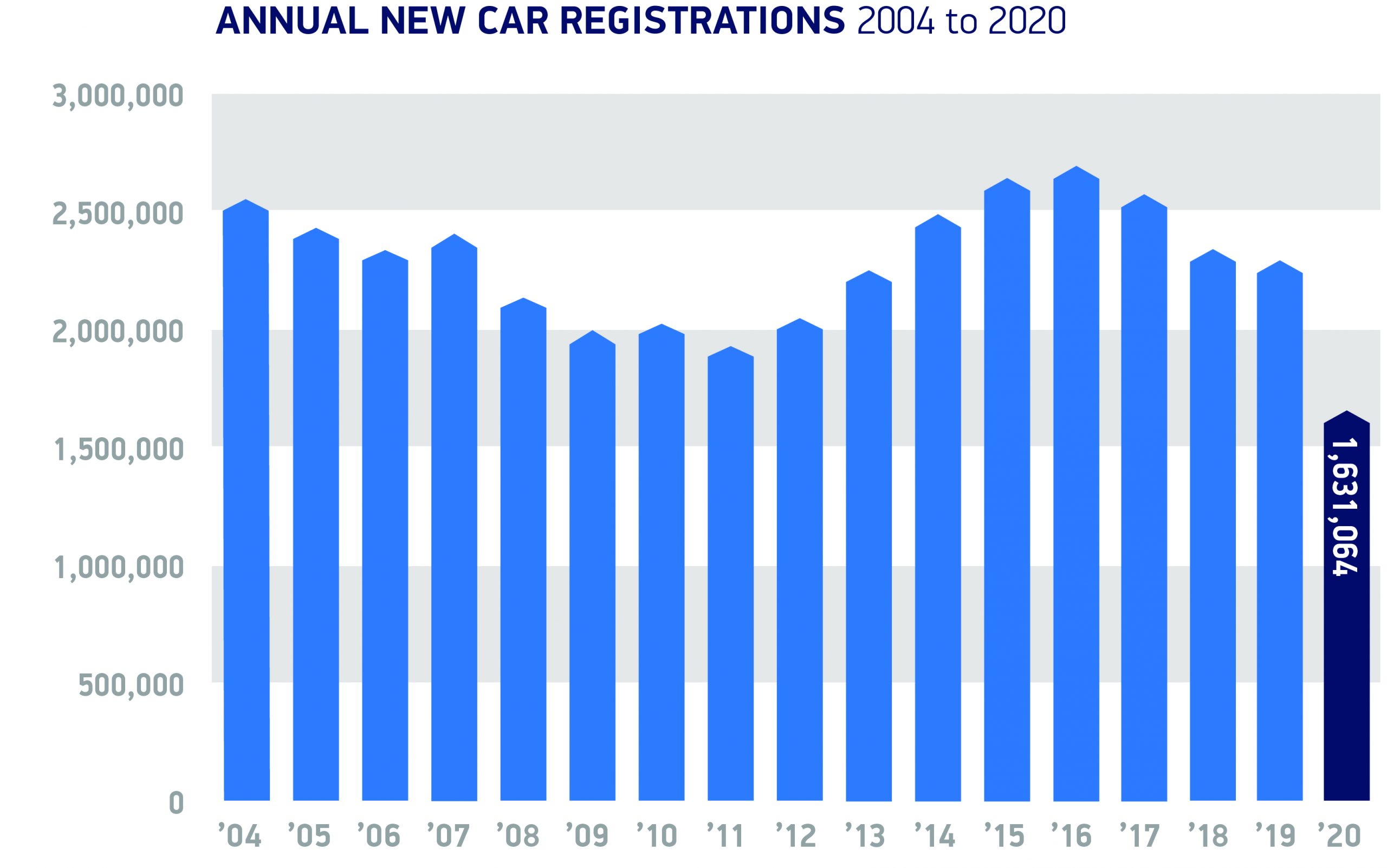 While greener options have been thriving in 2020, overall, it has been a tough year for the market as according to SMMT figures the UK new car market fell by almost a third (-29.4%), with annual registrations dropping to 1,631,064 units, the lowest since 1992.