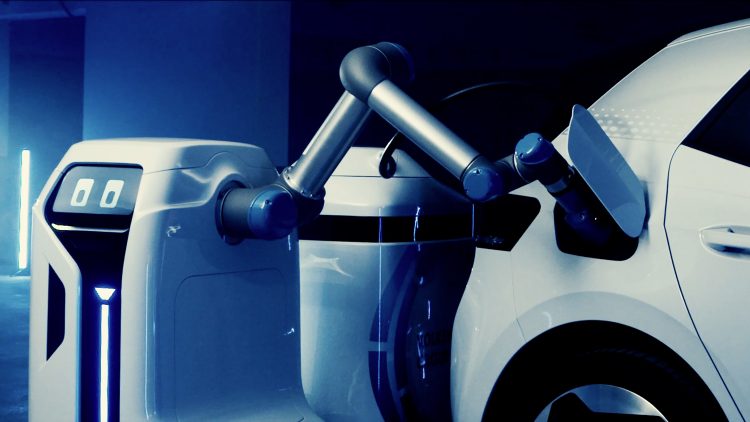 Volkswagen group has unveiled the prototypes of its mobile autonomous charging robot.

The charging robot is a visionary concept that aims at revolutionising and expanding the charging infrastructure over the next few years. Its unique task will be to charge vehicles in restricted parking areas, like underground car parks.

The robot, which is fully autonomous, will independently steer the vehicle to be charged and communicate with it: from opening the charging socket flap to connecting the plug and decoupling it. 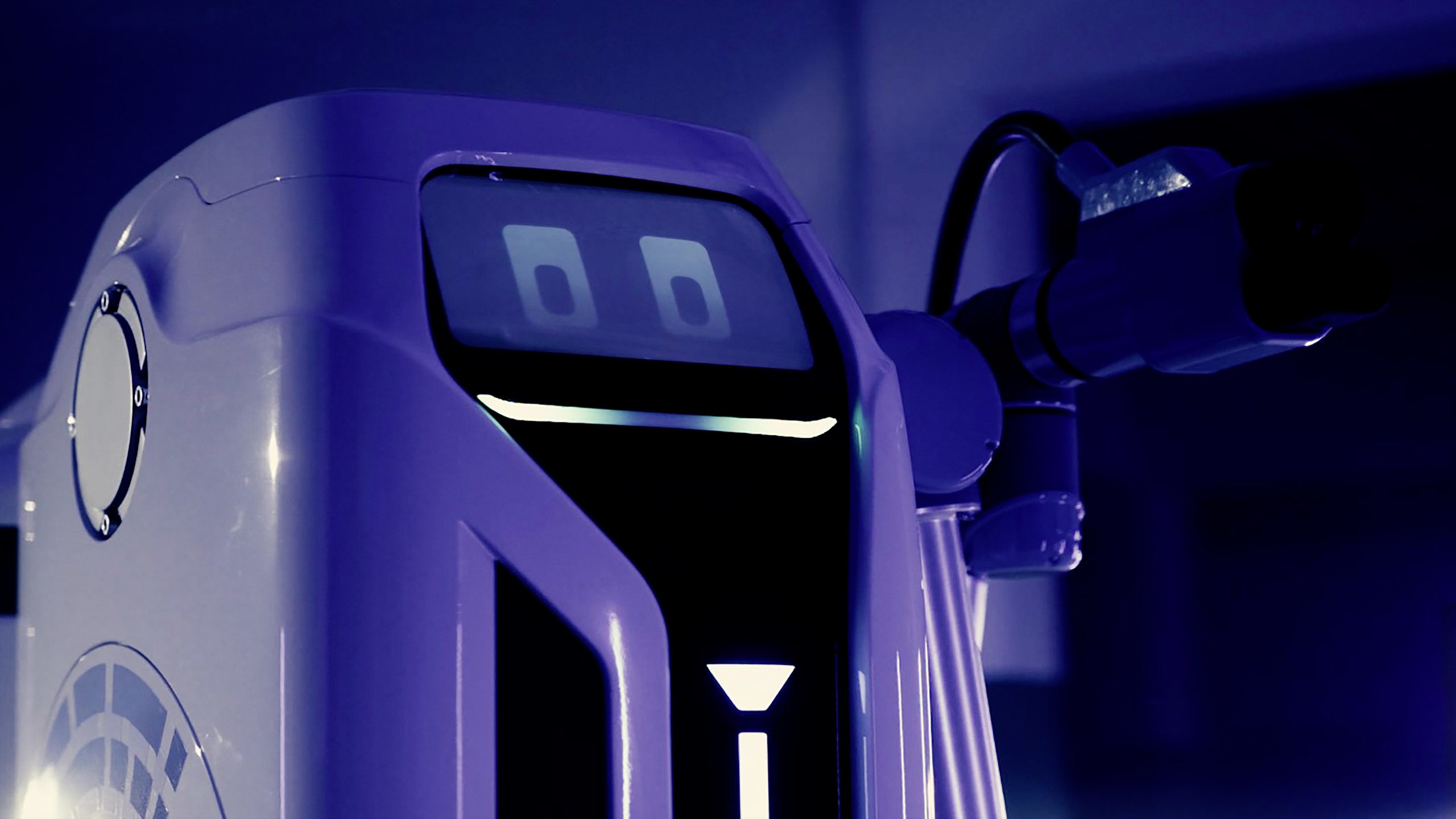 The entire charging process eliminates the need for human presence since it can accomplish the whole charging process on its own. In order to charge several vehicles at the same time, the mobile robot moves a trailer, essentially a mobile energy storage unit, to the vehicle, connects it up and then uses this energy storage unit to charge the battery of the electric vehicle.

The German giant knows that building a wide and reliable charging infrastructure is one of the challenges of the EV market and this autonomous robot could be a solution, according to Thomas Schmall, CEO of Volkswagen Group Components

“Setting up an efficient charging infrastructure for the future is a central task that challenges the entire sector,” he said. “We are developing solutions to help avoid costly stand-alone measures. The mobile charging robot and our flexible quick-charging station are just two of these solutions.”

The business unit is currently working on a complete DC charging family. The flexible quick-charging station will be launched onto the market in early 2021. For several weeks now, the DC wallbox has been trialled at different companies’ German production sites. The mobile charging robot has successfully reached prototype status and will now be comprehensively further developed.

We reported a few months ago that this autonomous robot will reply on an app or via vehicle-to-everything (V2X) communication, will detect where your car is parked, and will deliver a ‘mobile energy storage device', whereby it will open your car's charging flap and start to charge your vehicle.

According to Volkswagen, the company’s intention is to integrate the charging robot into an overall concept that will focus on the long-term success of electric mobility, and thus the electrification of transport.

VW however is not the only company that has developed such technology. Chinese company Aiways has been granted seven patents across Europe and China to develop its autonomous charging robot. The Aiways robot called Carl will be developed with 30kwh and 60kwh capacities, and will provide a fast charge to any EV with a recognised charging standard. It will be able to re-charge an EV battery to 80% in under 50 minutes.