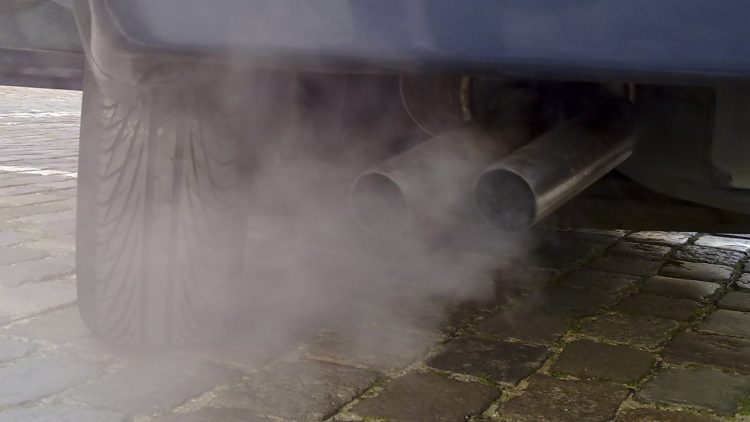 Data from JATO shows that from January to October 2020, the PSA Groupe has recorded the lowest sales-weighted CO2 emissions across all benchmarks.

The European Commission’s legislation states that for each gram that’s over the CO2 target, manufacturers will face a fine of €95 per car registered. As a result of this policy, many brands have taken to discontinuing some of their slow-selling models that also heavily contribute to their CO2 averages. 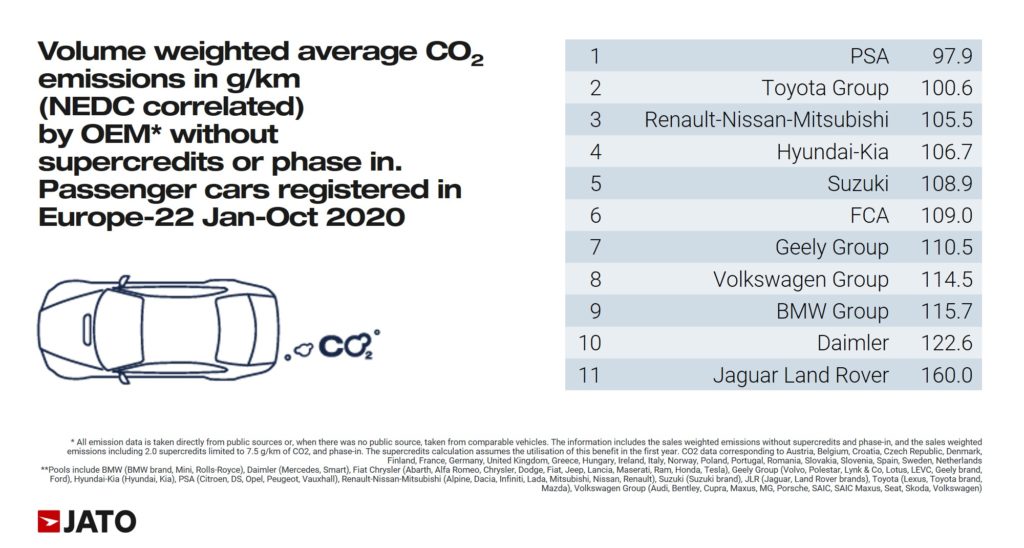 The CO2 target deadline has also led to the acceleration of OEMs’ electrification plans. The “super-credit” system presents manufacturers with additional incentives for marketing zero and low-emission vehicles through the “super credit system”, which means that when calculating a manufacturer’s average emissions levels these cars also count as two vehicles.

According to the analysis from JATO Dynamics, the super-credit policy has been a driver behind the outstanding growth seen in EV registrations this year. Registrations of low-emissions cars increased by 113% through October to 875,000 units from 411,700 units in 2019. Also, the overall market share of low-emission vehicles has jumped from 3.2% to 9.3% year-on-year. This has led to a massive drop in CO2 levels from car manufacturers over 2020 in general. 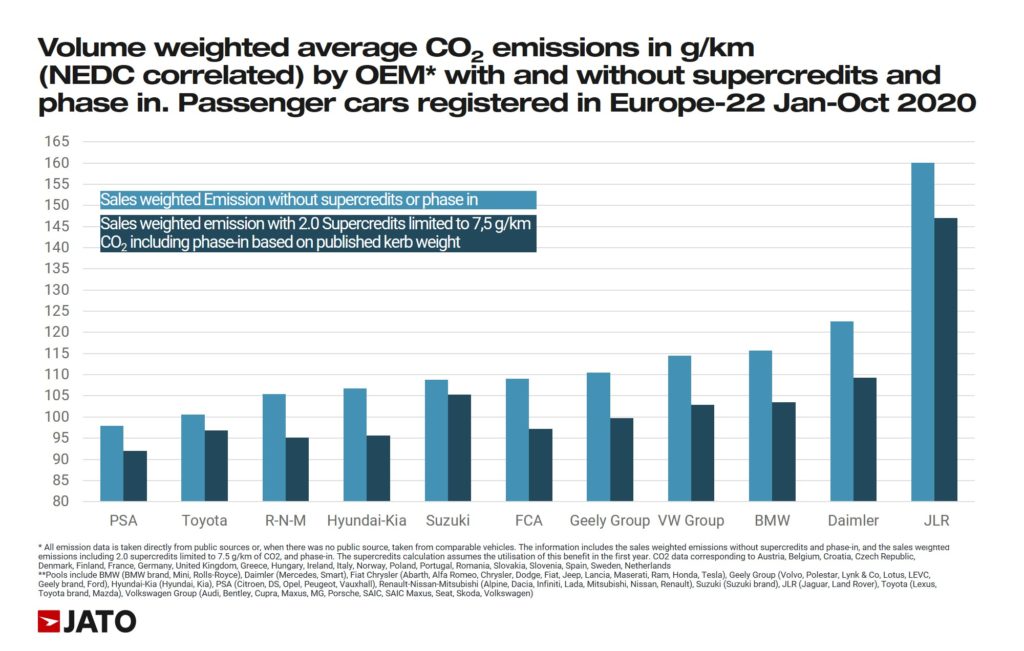 In January-October, the use of super-credits and phase-in benefits reduced PSA’s average CO2 emissions levels to 91.9 g/km. This reduction of 6 grams comes as a result of the fact that city-cars, subcompacts and small SUVs accounted for 57% of PSA’s volume through October, while registrations of its plug-in hybrid and pure electric cars totalled 88,800 in the first ten months of this year.

According to JATO, the other two companies that complete the top-three of brands with the lowest sales-weighted CO2 emissions are Toyota in second place followed by the conglomerate Renault-Nissan-Mitsubishi.

London, Edinburgh and Brighton have highest EV adoption in UK