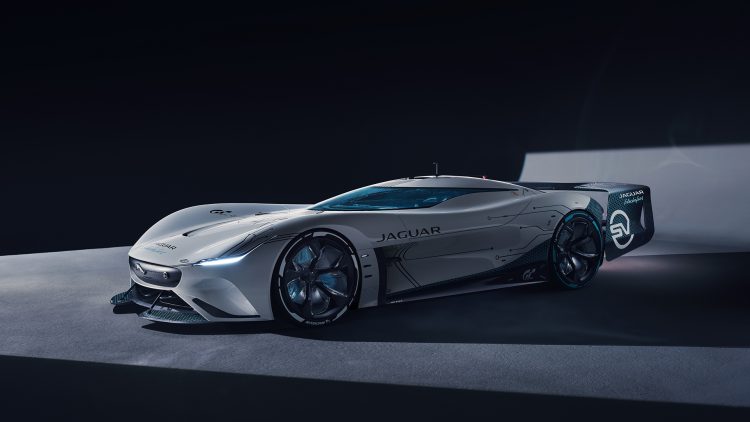 Jaguar is certainly an expert in creating supercars as in the 90s for a brief period the XJ220 was the fastest vehicle in the world. However, this time the company has just announced an all-electric virtual endurance race car for Gran Turismo.

The Jaguar Vision Gran Turismo Coupé was the first all-electric Jaguar sports car created for the globally renowned Gran Turismo series, and was revealed in October 2019. The new SV variant will be powered by four electric motors developed by Jaguar Racing that will deliver 1,903PS (1,400kW), for 0-60mph in just 1.65 seconds and a 255mph top speed. 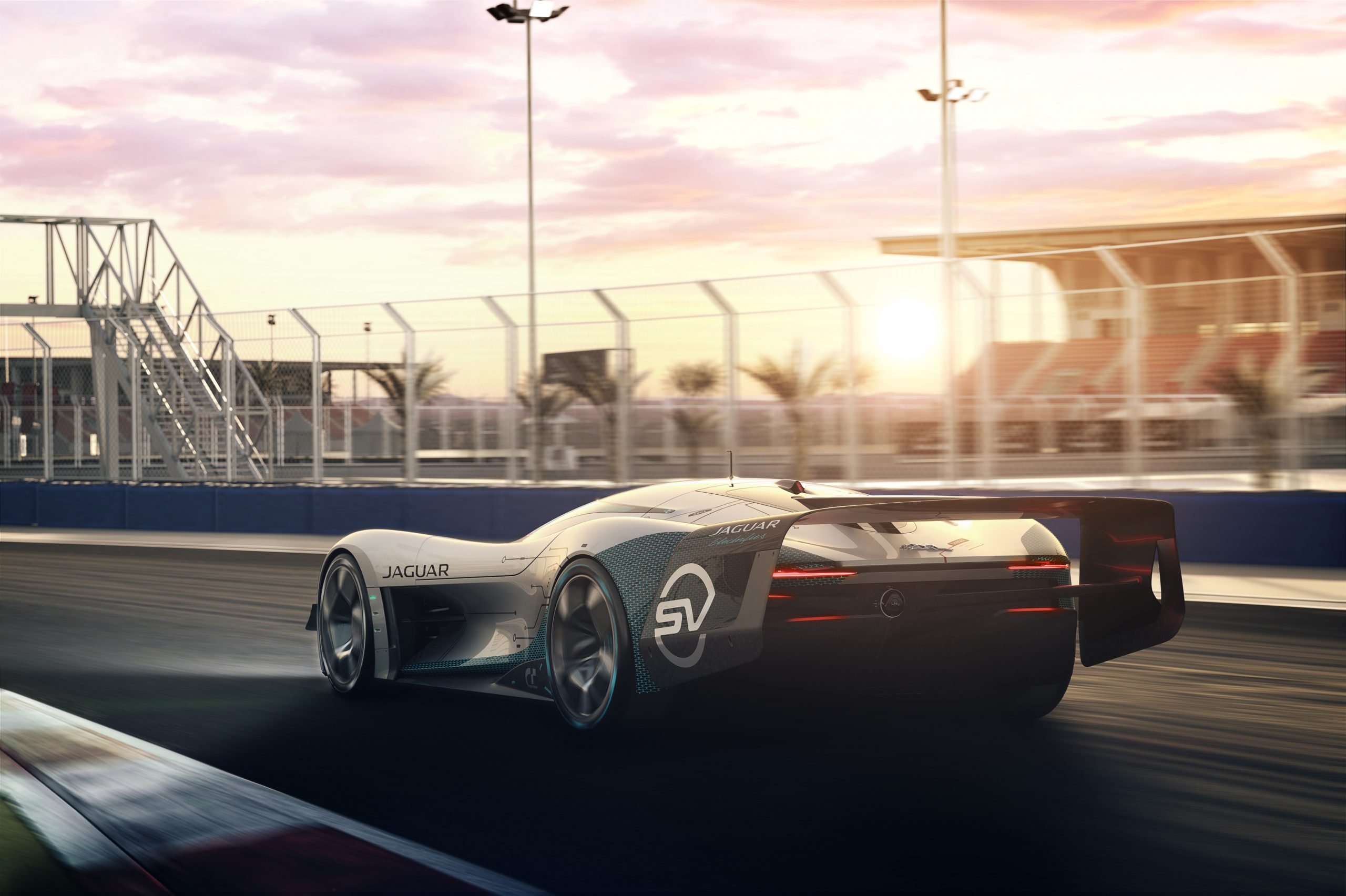 Even though it is only a virtual model that it is meant for a videogame, the company has welcomed the challenge according to Julian Thomson, Jaguar Design Director.

“When the design team behind the Vision GT Coupé were asked to create the ultimate electric gaming endurance racer for Gran Turismo, they worked with engineers from SV and Jaguar Racing to create something really special,” he said.

Since they wanted to give the most realistic experience possible to gamers, they also designed the system for the first Jaguar Vision GT car, applying all their knowledge and experience from developing the Jaguar I-TYPE over six successive Formula E seasons.

The work was split into two main projects: A second 407PS (300kW) motor was added to the front axle to deliver the higher power and torque ratings required. Then the thermal management system was further improved to cope with the higher loads and to ensure that sustained high speeds and extreme acceleration could be maintained throughout an endurance race.

With one motor driving each wheel, the GT SV’s propulsion system generates a combined output of 1,903PS (1,400kW) and 3,360Nm torque. Each motor has its own single-speed transmission: these are designed to give the strength and robustness needed for the high torque ratings, together with minimal mass and friction for optimum efficiency. 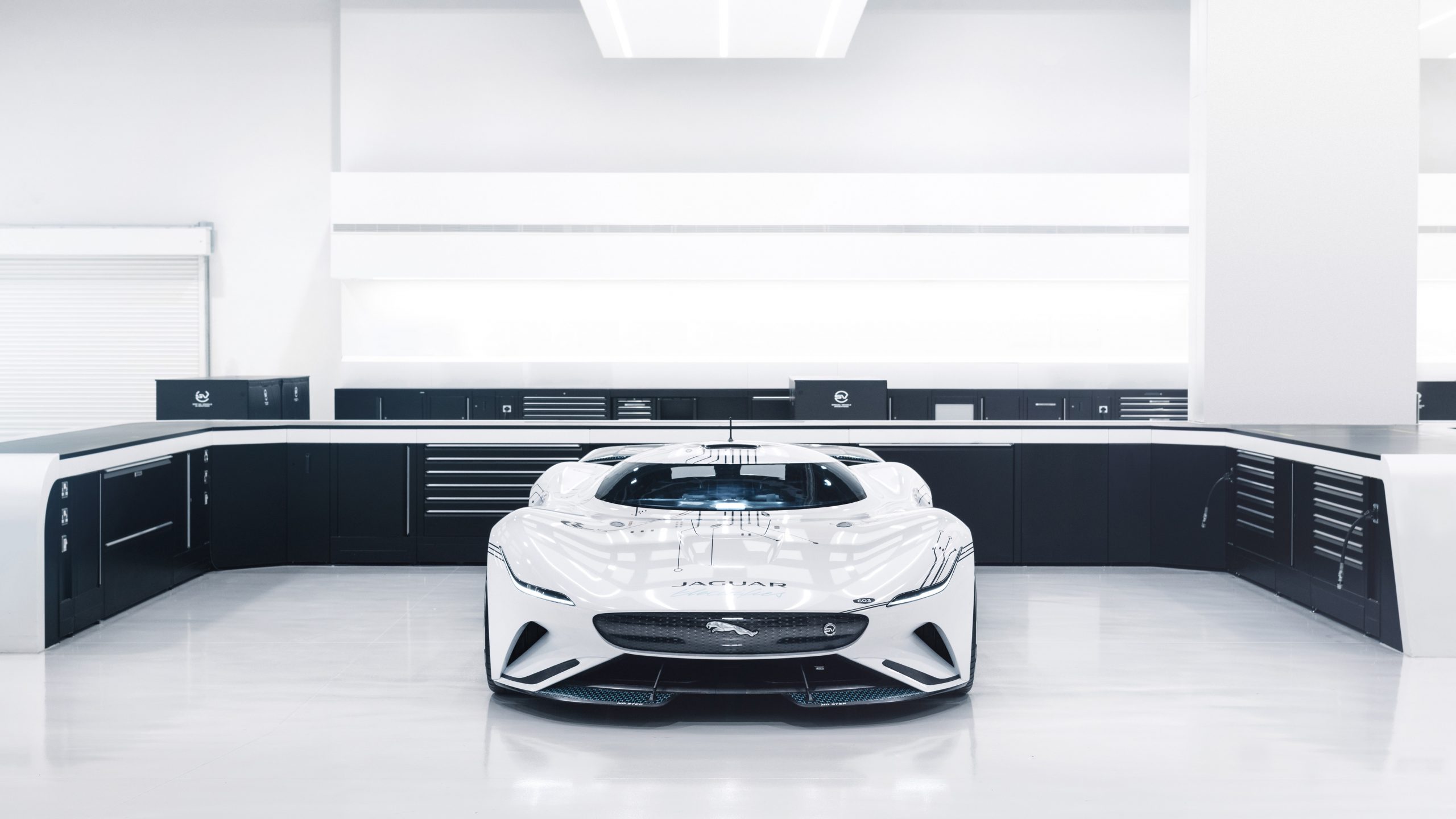 Also, the GT SV generates a sound that is even more purposeful and distinctive and is authentically yet futuristically Jaguar. Building to a crescendo at the 40,000rpm redline, it reflects the GT SV’s true racing DNA and delivers unrivalled driver reward.

This project has been an exciting challenge for the team and Jaguar cannot wait to see users test-drive their work, according to James Barclay, Team Director, Jaguar Racing.

“Working on the development of Jaguar’s Formula E I-TYPE race cars in parallel with the Vision Gran Turismo SV has given the Jaguar Racing engineers an unprecedented opportunity to apply their expertise to two incredible electric race cars,” he said.  “Both have been designed and developed using state-of-the-art simulation tools to push all-electric powertrain and software technology to the limit, and we can’t wait to see them perform in Season 7 and Gran Turismo.”