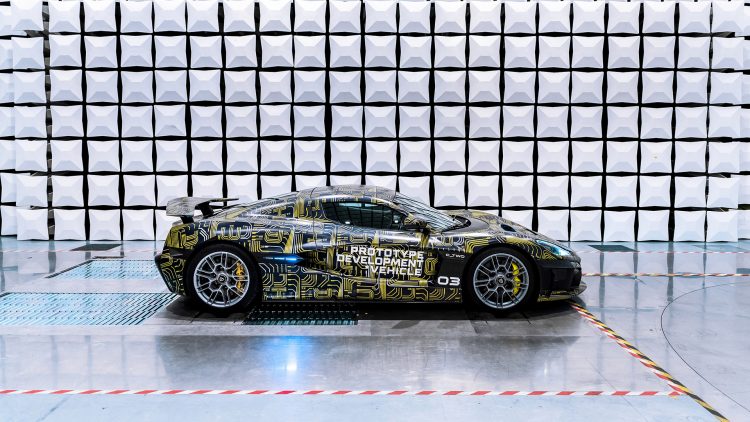 The new hypercar from Rimac Automobili is going through the latest stages of development testing ahead of first customer deliveries next year.

The C_Two is one of the most exciting prospects on the market. According to the company, the pure electric GT hypercar will be able to reach a top speed of 258mph thanks to its 1,914 horsepower. The car will be powered by a 120kW battery and four electric motors. 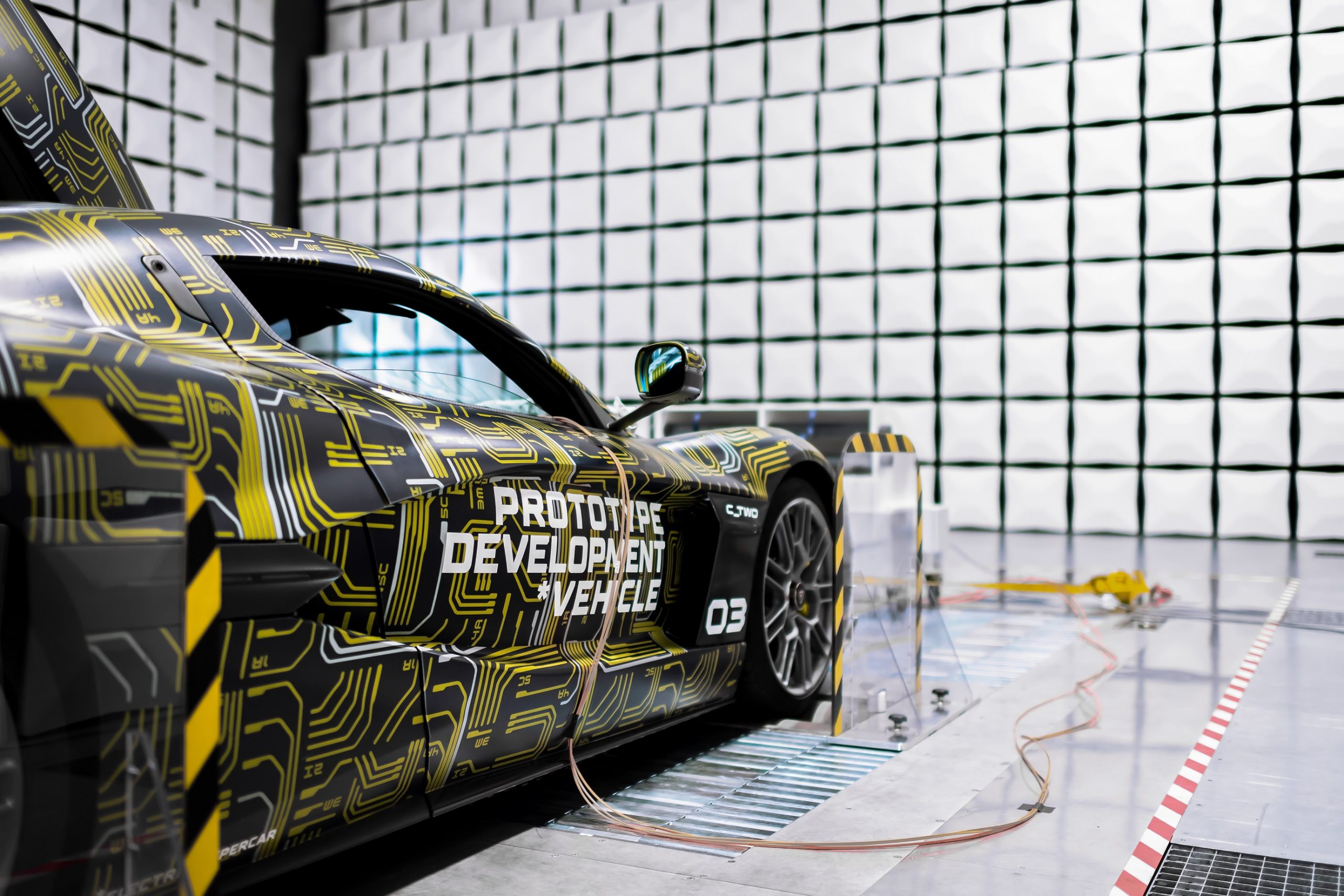 Rimac has partnered up with engineering specialist IAV and testing service provider SLG in Germany for EMC (ElectroMagnetic Compatibility) testing, which in today’s increasingly connected and gadget-focused world has become even more paramount.

The principle behind EMC is the testing of all electrical devices and how they perform in the real world, both in terms of the electromagnetic emissions they give out, as well as how they react when receiving inputs from outside influences. 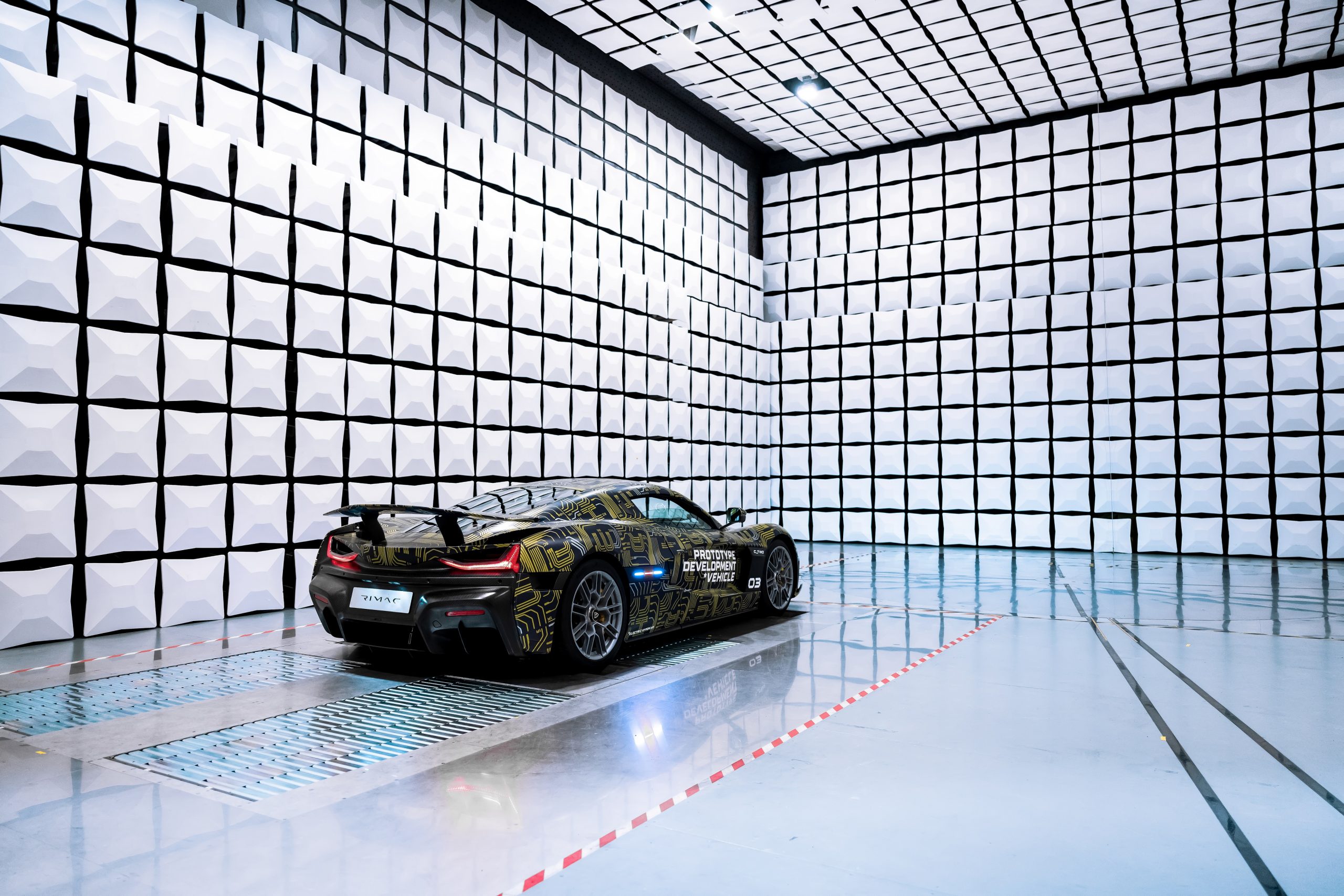 Electromagnetic emissions are measured according to an EU Approved standard – ECE R10 – which it is critical to comply with for the homologation of the car. In order to perform the test, the C_Two is put inside a Semi Anechoic EMC chamber. With hybrid absorbers and ground plane, it is completely sealed off from outside world interference, meaning that the car can be thoroughly tested without the risk of any external electromagnetic radiation seeping into the room and affecting the results.

During the tests themselves, the prototype C_Two is driven at certain speeds and subjected to radiation levels of between 20 MHz and 20 GHz. At specific intervals, electrically based systems such as the air conditioning, lights, and wipers are also turned on to assess whether the car performs as expected, flawlessly, and reliably every time.

Once the tests have been completed, the specialist teams disassemble the prototype, assess each of the key components individually, and discuss the results to identify any improvement areas. The car is then reassembled, put back into the EMC chamber and the process is conducted once again to ensure that everything is faultless.

Croatian Rimac Automobili was founded in 2009 and has since focused on designing, engineering and producing electric hypercars and high-performance EV components for the global automotive industry.