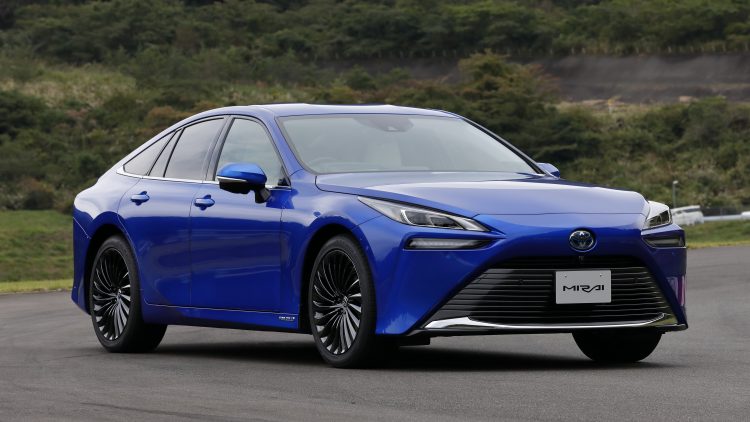 The car is built on Toyota’s modular GA-L platform, which allows for an extra third hydrogen fuel tank to be added, contributing to a 30% increase in the car’s driving range to around 650 km. 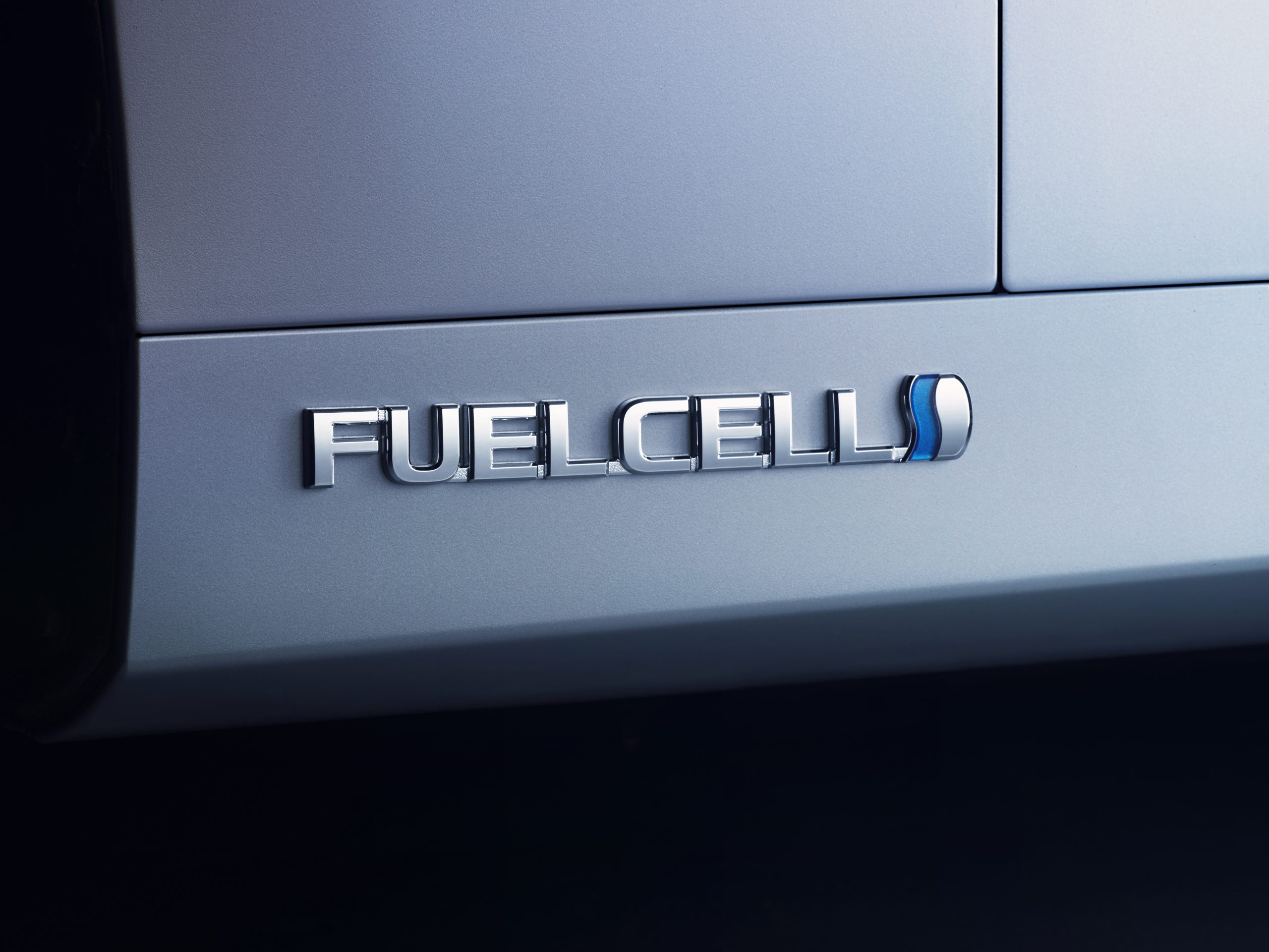 A new design of the platform has also greatly improved packaging as the fuel cell stack has been moved from beneath the cabin to the front compartment which ultimately allows for a more spacious, five-seat interior with improved legroom for rear seat passengers. This also reduces motor noise inside the cabin.

The three high-pressure hydrogen tanks are arranged in a “T” configuration, the longest running longitudinally and centrally beneath the vehicle floor, with two smaller tanks set laterally beneath the rear seats and luggage compartment. Together they can hold 5.6 kg of hydrogen, compared to 4.6 kg in the current Mirai’s two tanks. 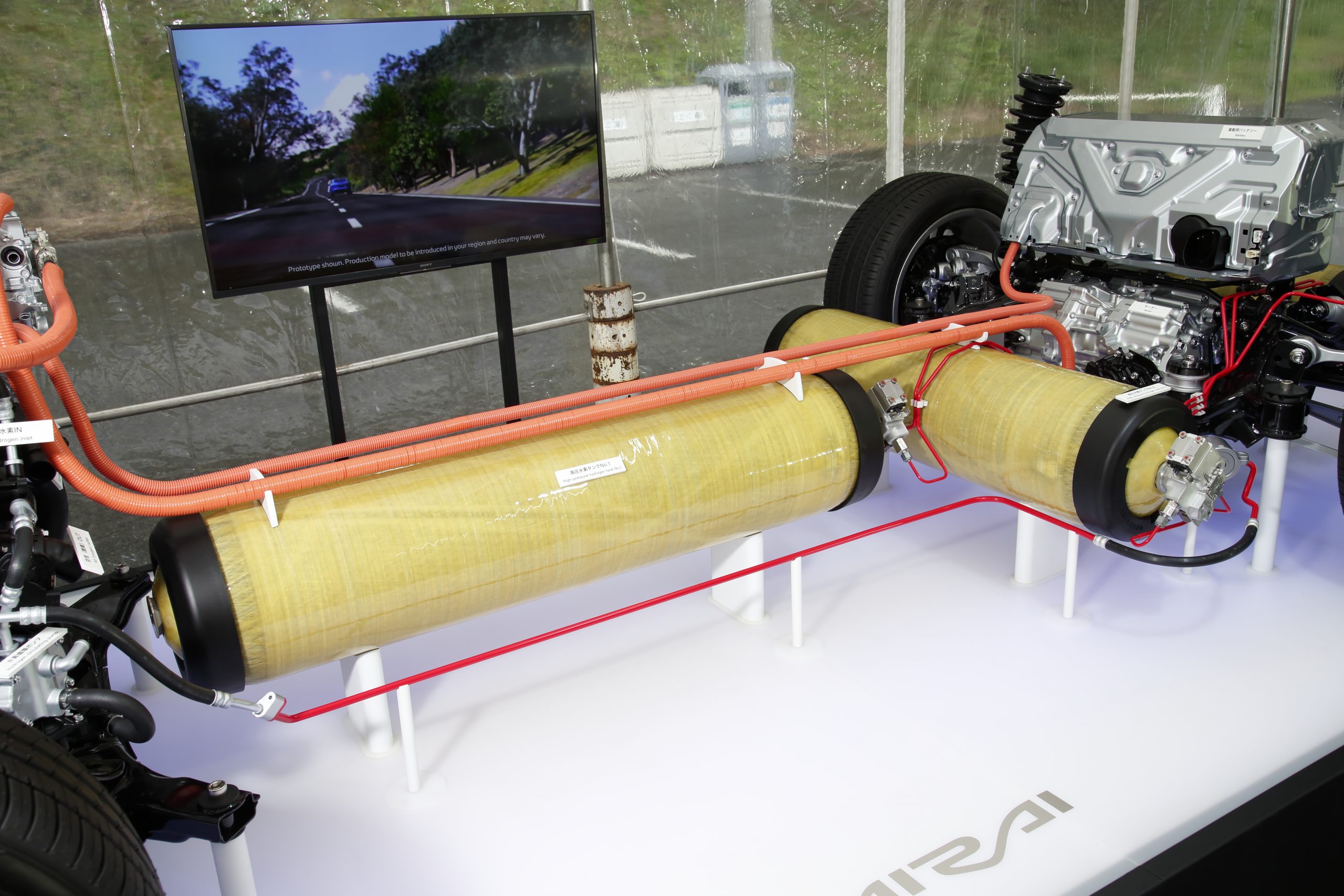 As the fuel cells are basically moved to the engine bay, the high-voltage battery and electric motor are positioned above the rear axle, which ultimately gives the new Mirai a near-50:50 front-rear weight distribution.

The new fuel cell stack has been completely redesigned by Toyota and sets a new record for specific power density at 5.4 kW/l. The maximum power has risen from 114 kW to 128 kW. Cold weather performance has also been improved with startup now possible at temperatures from as low as -30C. Overall, there has been a massive improvement as there is a 50% weight reduction and a 12% power increase.

The new Mirai will also be equipped with a Lithium-ion battery that will replace the current model’s nickel-metal hydride unit.  It has a 310.8 rated voltage and a 6.5 Ah capacity, providing 2kWh overall. This is used by the Mirai’s hybrid system, which joins with the fuel cell stack to give the motor 134kW (180bhp), giving the car a 0 to 60mph sprint time of 9.2 seconds. 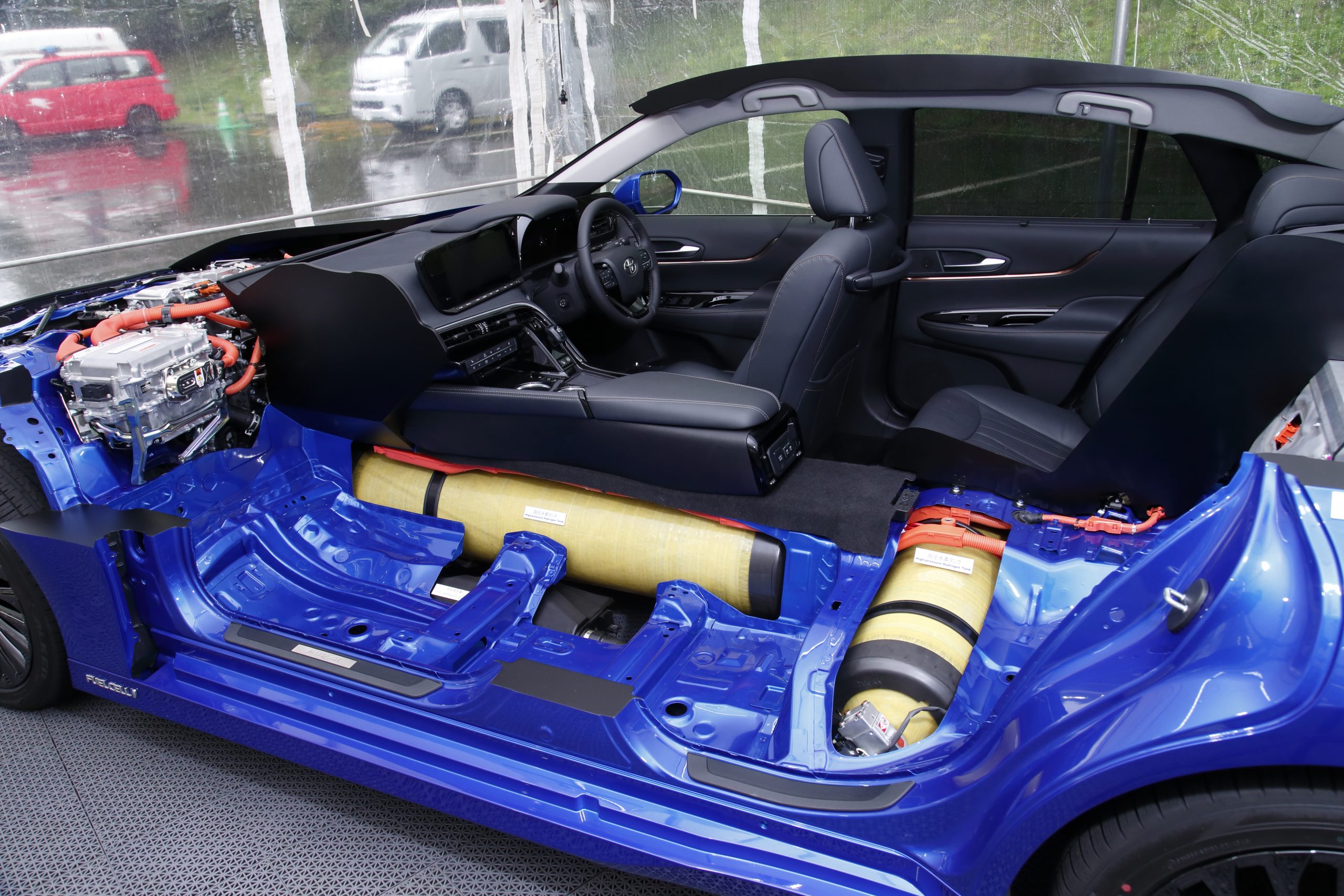 The adoption of the GA-L platform for the new Mirai gives the car fundamental benefits such as a lower centre of gravity and increased body rigidity. It also accommodates new multilink front and rear suspension giving a high level of stability, controllability and ride comfort.

The goal of the company is targeting deeper market penetration with a 10-fold expansion in sales volume. The original Mirai has sold a total of a little as 11,000 units worldwide – but the VW ID.3 sold close to that last month alone in Europe, so the new car has a lot of ground to make up if it is to make hydrogen fuel cell technology mainstream anytime soon.