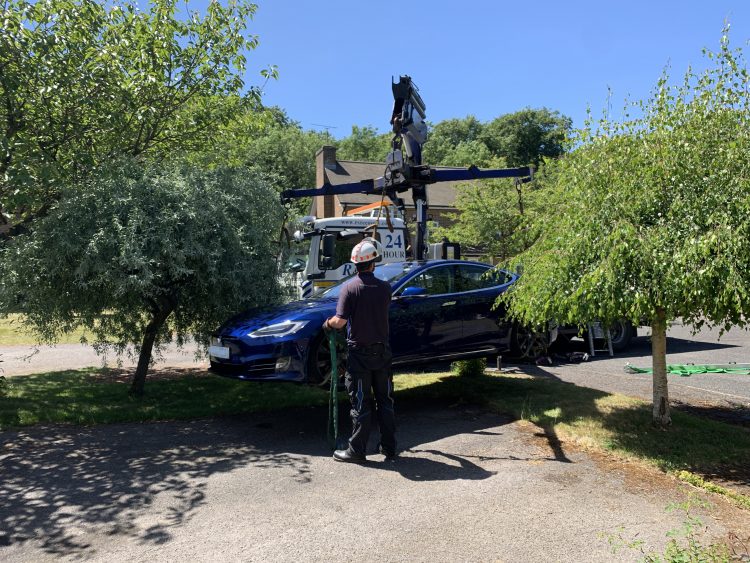 Tesla has rolled out a new warranty adjust program for its Model S and Model X built before March 2018.

As we reported few months ago, vehicles built before March 2018 that are equipped with an 8GB embedded MultiMediaCard (“8GB eMMC”) in the media control unit could encounter malfunctions. This is due the fact that its firmware can be overwritten to the point of failure, which might result in a blank or intermittently blank centre display and/or a vehicle alert signalling memory storage device degradation. 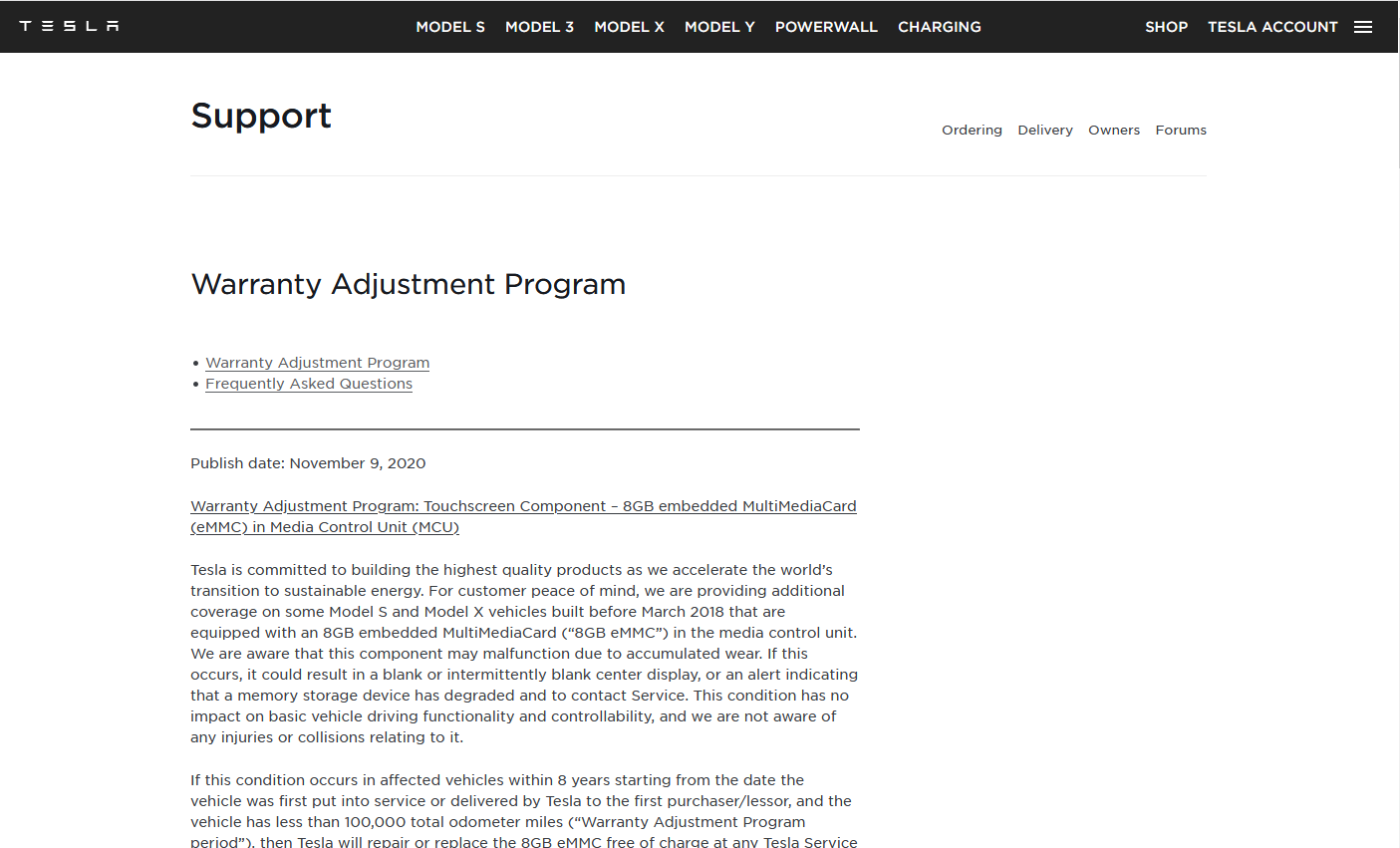 Tesla has announced that it will replace the MCU for free “if this condition occurs in affected vehicles within 8 years starting from the date the vehicle was first put into service or delivered by Tesla to the first purchaser/lessor, and the vehicle has less than 100,000 total odometer miles.” The company has also pointed out that if owners have previously paid for the repair of the specific part, they might be eligible for a refund.

Although the company has explained that this issue does not pose any risk to the vehicle drivability, it could lead to other inconveniences. For example, if the MCU is not working the parking brake is locked and there is no manual way to release it, which means that owners will need a special tow truck that is equipped with a crane to be able to move the car.

The old MultiMediaCard will be substituted with the installation of a 64GB eMMC that retains the vehicle’s NVIDIA Tegra infotainment processor. 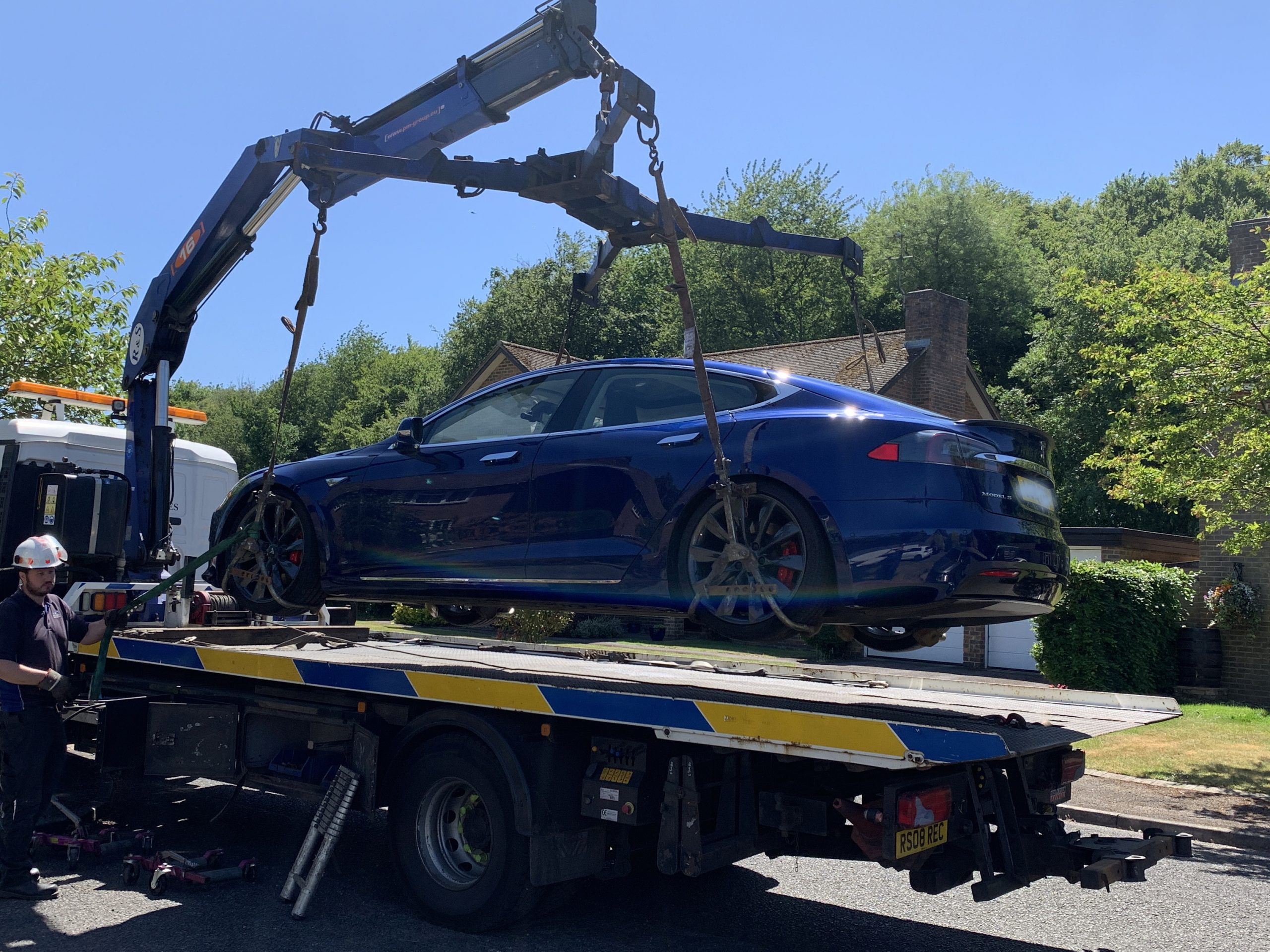 The company has also sent an email to all Tesla owners of a Model X or a Model S built before March 2018 specifying their eligibility for the program. However, it is also stated that if they are not actively experiencing this issue, they don’t need to take any immediate action and they may continue to drive their vehicles.

The Californian company has also specified that this is not a recall as it is not affecting “vehicle driving functionality and controllability.”