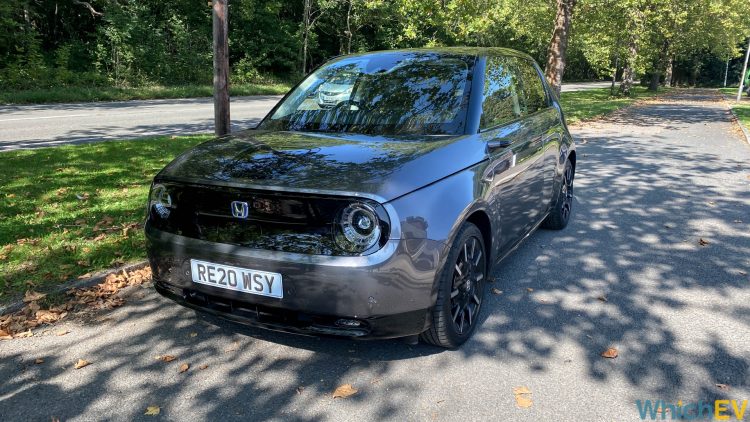 Honda’s first battery electric vehicle for Europe, the Honda e, has been named ‘German Car of the Year 2021’, becoming the first Japanese vehicle ever to do so.

The German Car of the Year awards are decided by a jury of leading German car journalists. The panel tests and reviews the latest cars, ranking them according to their usability, driving characteristics, market relevance and level of innovation.

According to Katsuhisa Okuda, CO & President of Honda Motor Europe, this is an incredible achievement for the Japanese company.

“For Honda e to be the first Japanese car to be awarded German Car of the Year is a great honour and one we are incredibly proud to receive,” he said. “The Honda e is a perfect example of a product with a unique design, featuring cutting-edge technology and advanced intelligent connectivity to keep owners connected with their everyday life. We are very thankful for this award.”

The Honda e has been a success throughout Europe as it also triumphed in Autocar’s ‘Britain’s Best Car’ Awards 2020 in the ‘Best Car Tech’ category, and it was recently named ‘City / Small Car of the Year’ in the News International Motor Awards 2020.

Honda is conquering all the critics as in Belgium, the EV has been nominated for an Autogid Magazine award, in the ‘Electric Small’ category. It has also been nominated in Spain’s Axel Springer Motor Awards in the ‘small cars’ category and in Italy it’s in the running to be named Quattroruote’s ‘Car of the Year.’ Meanwhile in Denmark, the car has been shortlisted for Denmark Car of the Year 2021.

Currently, there are two versions of the Honda e, the Standard, which starts at £26,660, and the Advance for £29,160. The former has a 136PS motor and the latter 154PS. Both come with the glass Sky Roof, pop-out door handles, and side cameras instead of wing mirrors. The Advance, however, also has a camera and screen for the rear-view mirror, a 230V outlet under the dashboard, and Honda Parking Pilot. The range of the Honda is 137 miles and can recharge with a 50kW charger to 80% in just a mere 30 minutes.

The Honda e is an incredible homerun by the Japanese company, and it is set to take the EV market by storm.