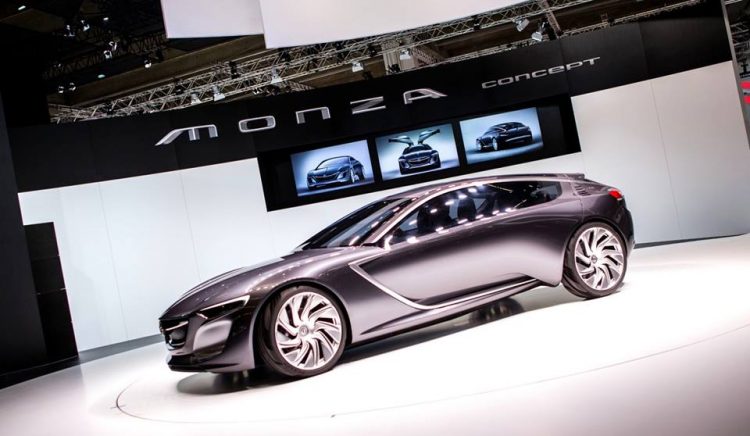 According to reports from Germany, Opel might be on the verge of adding another electric model to its portfolio of EVs.

Opel/Vauxhall is planning to revive the Monza/Royale as a range-topping electric car. The company revealed a concept version of a new model in 2013, which was a sort of shooting brake with big gullwing doors and a hybrid powertrain using a 1.0 litre engine and electric motor. However, it is unknown yet if the new fully electric version will look anything like that or it will be a completely new design.

Vauxhall has also recently unveiled the new Mokka, which is an promising electric SUV. It will be powered by a 50kWh lithium-ion battery and a 100kW (136hp) electric motor with 260Nm of torque as standard. It will also come with an 11kW on-board AC charger across all models. Under preliminary WLTP tests it is expected to have a respectable range of 201 miles from a single charge.

Opel/Vauxhall, since it is part of the PSA group, is expected to base the new Monza around PSA’s new eVMP (Electric Vehicle Modular Platform), which is said to allow front and four-wheel drive, up to 400bhp and battery size of up to 100kWh. Moreover, the new platform is expected to offer an all-electric range from 250 miles (400 km) to 400 miles (650 km) using the WLTP system, depending on the car body type.

Peugeot and Citroën are also part of PSA group and they both offer electrified options. As we reported, Citroën has started taking orders for its new all-electric e-C4. The crossover starts from £29,180 after the Plug-in Car Grant has been applied. It will feature a 50kWh lithium-ion battery pack and a 100kW (136hp) electric motor with a WLTP-approved range of up to 217 miles on a single charge. The Citroen will support CCS rapid charging as standard on all models, and an 80% charge will take just 30 minutes on a 100-kW rapid charger.

Peugeot is also extending its offering in the electric vehicle market with the new 3008 hybrids: The 3008 Hybrid4 300 e-EAT8 and 3008 Hybrid 225 e-EAT8.  These models will be based on the Efficient Modular Platform 2 which features a 200hp (147kW) PureTech petrol engine and two electric motors for a combined power output of 300hp (223kW) and up to 40 miles WLTP of zero-emissions EV driving and with ultra-low emissions as little as 29g/km CO2 and fuel consumption of up to 235mpg WLTP.

The PSA Group is truly gearing up for the electric vehicle revolution. It has set the goal of being able to offer, by 2023, an electrified variant across its entire model line-up.