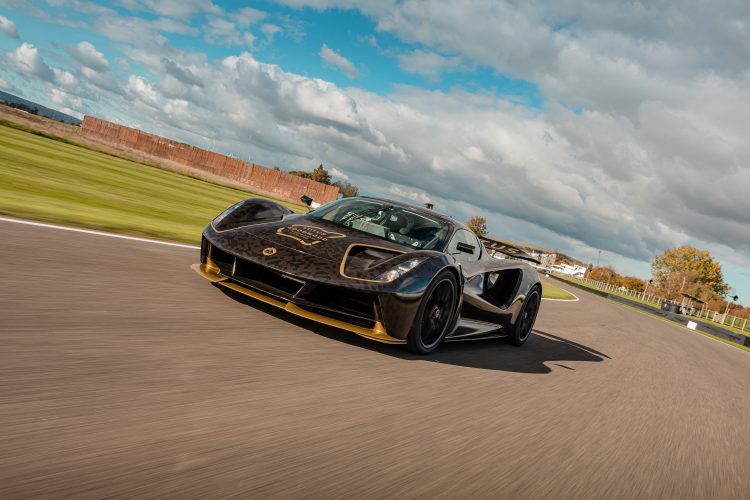 The new all-electric Lotus Evija is finally on the road, having made its debut at Goodwood SpeedWeek last weekend.

Three pre-production examples of the Evija were on show at SpeedWeek, one complete in a vibrant Lotus ‘Solaris Yellow’ finish and two prototypes wrapped in stunning black and gold, recalling iconic Lotus liveries of the past. 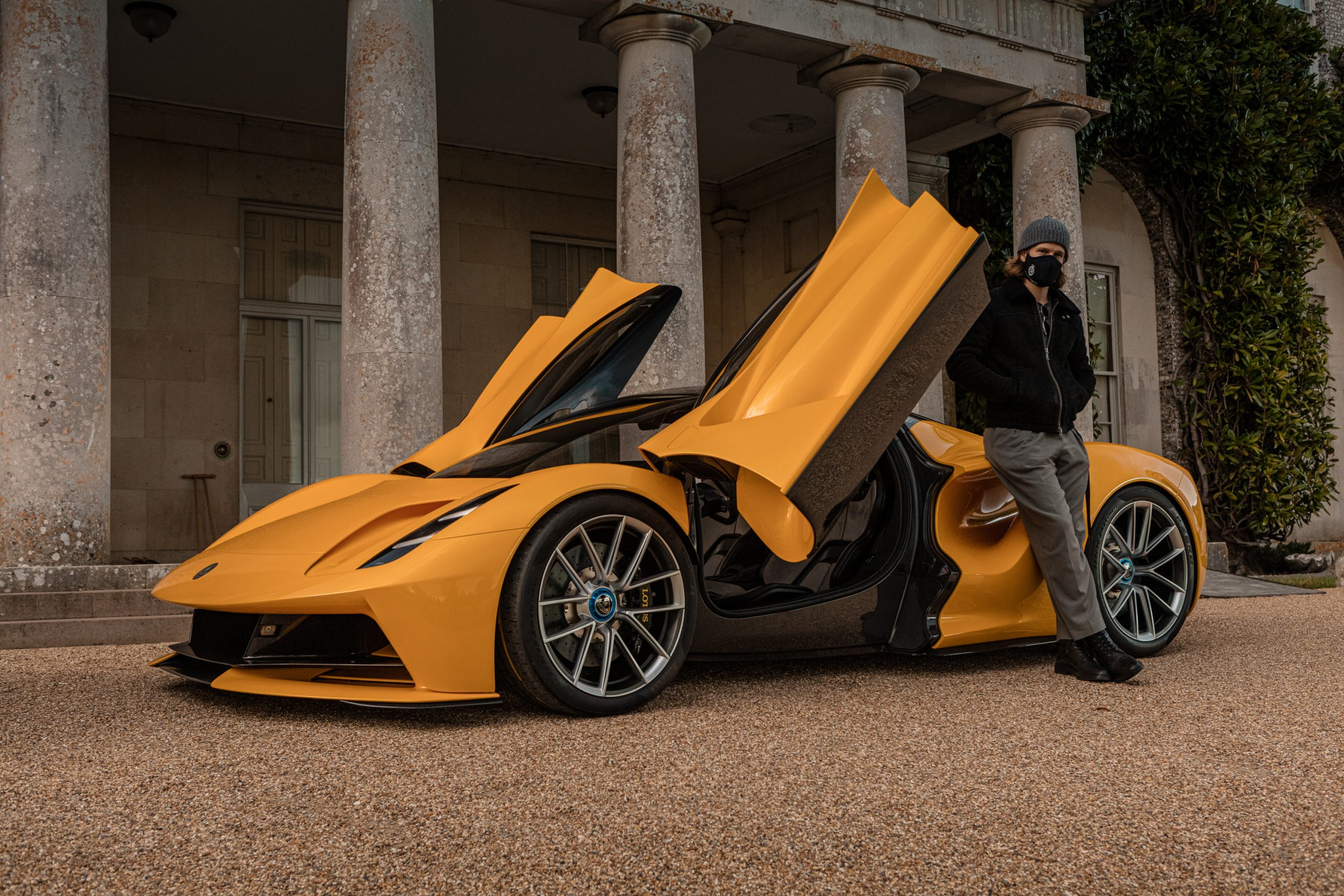 The Evija is a truly stunning supercar, boasting 1,972 horsepower and 1,700nm of torque that can propel this rocket on wheels to a speed of over 200 mph and 0 to 62 mph in less than 3 seconds. Apparently, the speed of this electric vehicle is something out of this world, according to the Duke of Richmond, Lord March.

“The Evija is unbelievable, the power, the speed, I’ve never experienced anything like it, it was exceptional,” he said. “This new dawn of electric hypercars brings ultimate motoring to life for a new generation and a younger audience. The advancement in electric cars over the last 10 years is astonishing.” 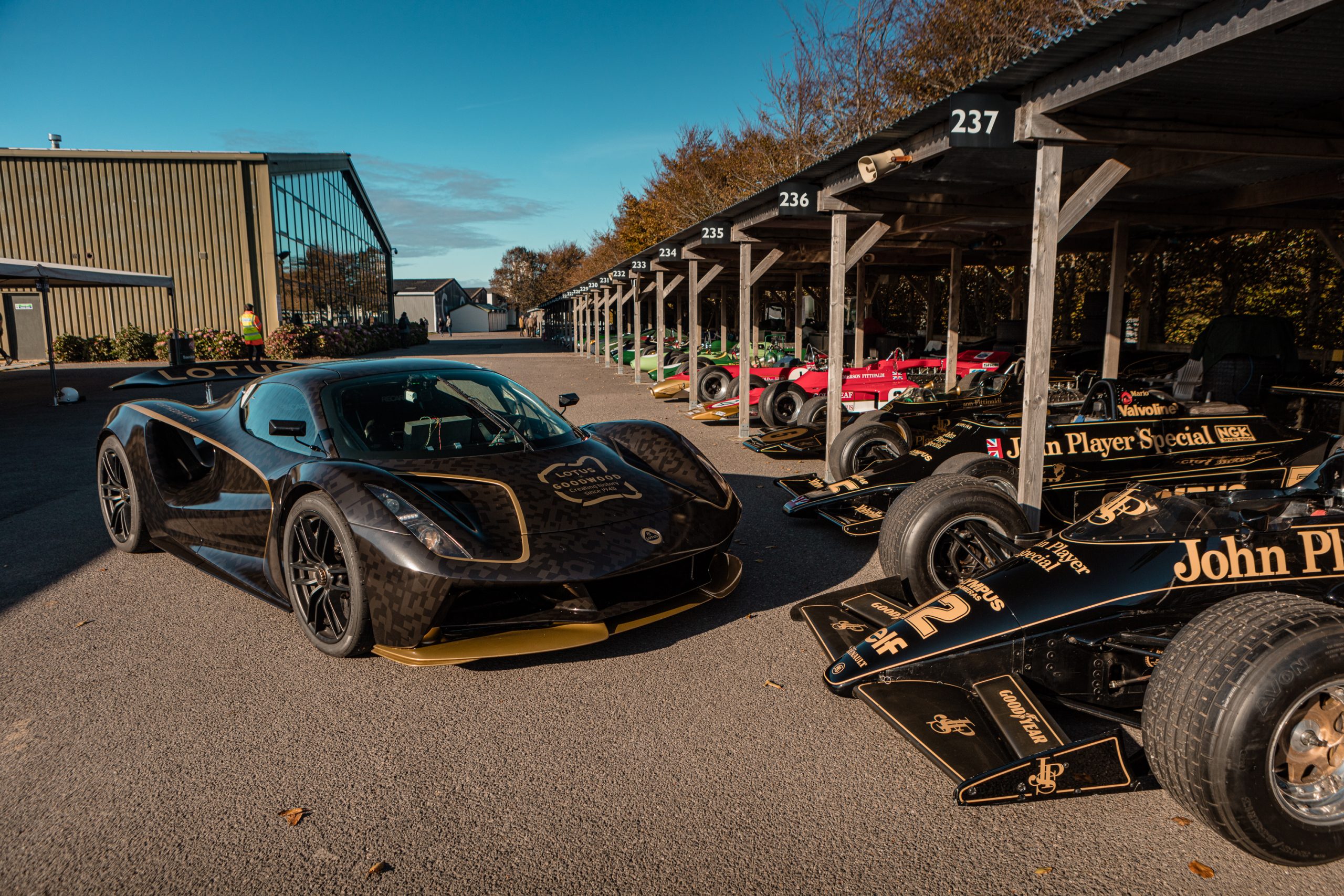 Lotus is definitely on the right track to become a pure all-electric brand as the Evija shows that even though it uss a lithium-ion battery, and not an internal combustion engine anymore, Lotus can still produce incredibly fast cars.

The English brand is currently working on designing a dedicated EV platform for its new electric vehicles as it has recently won government funding to accelerate the process.

Lotus is of course a brand with a long and illustrious history. At the Goodwood Speedweek, fans were also able to see iconic cars such as the Lotus 25, used by Jim Clark to win the 1963 F1 season and the Lotus 18, in which Stirling Moss won the 1961 Monaco Grand Prix.