Almost one third of MG sales are EVs in bumper September 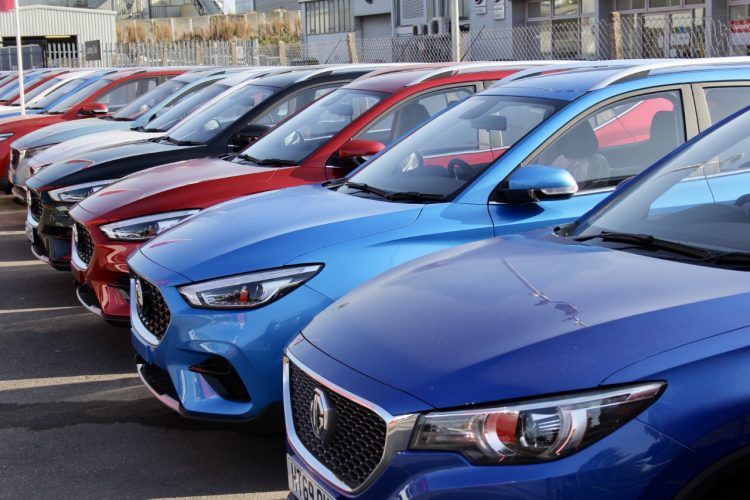 MG is thriving thanks to its electric vehicles. Statistics show that September sales were up by 52.1% year-on-year, with almost a third of the volume attributed to the zero-emissions MG ZS EV.

It is an incredible result for the English company, especially as its new MG5 EV is about to debut this month. This newest electric vehicle is powered by a 115kW electric motor (equivalent to 156PS) providing an acceleration of 0-60mph in just over eight seconds, with a 52.2kWh Lithium-Ion battery pack that can be charged from zero to 80% in just 50 minutes using a rapid charger and it has a range of 214 miles.

It does not come as a surprise that a third of MG’s sales are pure electric vehicle as the MG ZS EV is a very interesting car and quite affordable. The SUV has a 163-mile range, 141bhp of power with a top speed of 87mph, and comes with a seven-year warranty. Most importantly, prices of the SUV start from just £25,495 with the top-of-the-range ZS Exclusive model costing just £27,995.

Daniel Gregorious, Head of Sales & Marketing at MG Motor UK feels very satisfied with the result that the company has achieved this month and for the popularity of its electric SUV.

“We sold 1,176 MG ZS EVs, meaning that almost one in three of the cars we sold were zero-emissions electric cars. No other mainstream manufacturer has performed so well,” he said. “Our dealers have embraced the MG electric revolution and they’re now brilliantly placed to lead the industry’s shift to plug-in cars. They’ve invested, they’ve worked-hard and they’ve bought-in to our vision, and they deserve this success”.

The Iconic British brand MG, which is now owned by Chinese SAIC, is fully committing to a greener future. A third of its sales is already electric, however once the new EVs will come out, those numbers will only improve.