Citroen UK has announced that it will start taking orders for its new all-electric e-C4, revealing the starting price and specifications.

The e-C4, which was revealed to the world in a global digital premiere in June, starts from £29,180 after the Plug-in Car Grant has been applied. It will feature a 50kWh lithium-ion battery pack and a 100kW (136hp) electric motor with a WLTP-approved range of up to 217 miles on a single charge. The Citroen will support CCS rapid charging as standard on all models, and an 80% charge will take just 30 minutes on a 100-kW rapid charger.

The new EV incorporates Citroen’s latest design language, with the brand’s new V-shaped LED lighting signature front and rear, and a sleek silhouette for optimised aerodynamics. According to the company, one of the key features will be the suspension system with Progressive Hydraulic Cushions, which integrates hydraulic bump stops to better control compression and rebound on uneven surfaces. 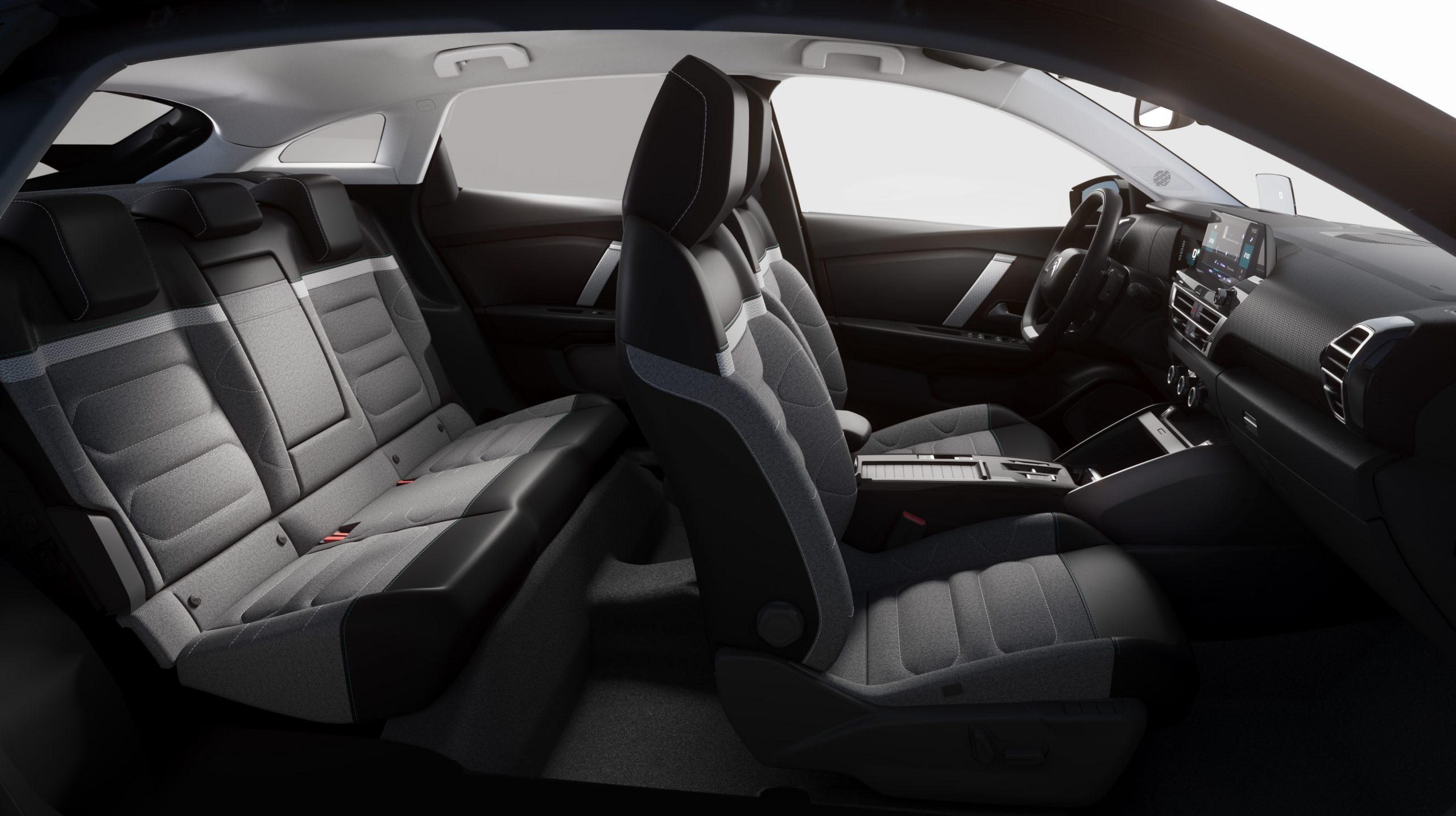 Citroen will offer three variants for its newest electric vehicle: the ‘Sense Plus’ for £29,180, the ‘Shrine’ starting from £30,130 and ‘Shrine Plus’ for £31,300. The top of the range will offer added comfort out on the road thanks to Highway Driver Assist that uses camera technology to adapt the speed and direction of the vehicle under certain driving conditions.

The e-C4 reminds us of a bulkier and longer Toyota C-HR crossover. However, it has a reported length of 4,360 mm and a height of 1,525 mm and will be introduced in the compact hatchback segment.