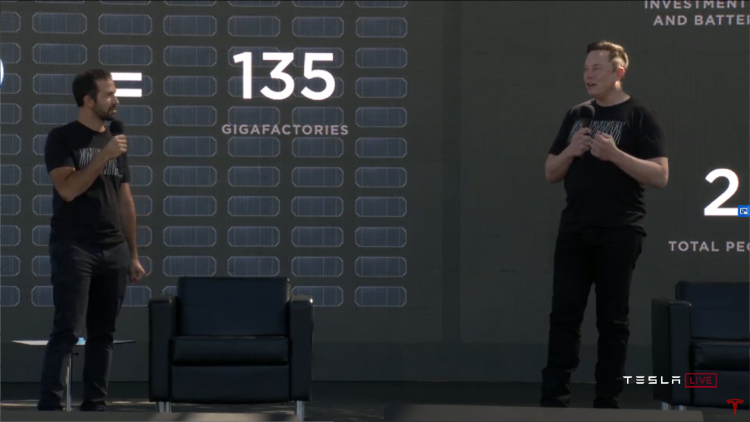 There is always a lot of excitement in the air when Elon Musk is about to present a new product to the world. Everybody knows that, whatever it is, it might change the course of our future. He has done it before, and Battery Day 2020 was no exception. The Tesla CEO has promised a reduction of over 50% in the overall cost of EV batteries, which could lead to a revolution in the electric vehicle market.

In order to achieve this sensational result, Musk’s company will improve the batteries in multiple areas. First the company will redesign the cells. Tesla has already improved the design, increasing the amount of energy stored by moving from the 1865 type used in 2008 to the 2170* type introduced in 2017. However, Musk has pointed out that the new cells will be larger and longer which will allow them to store five times the energy found in the current ones. According to the company, they will be 46mm diameter cells that will be 80mm long and be called 4680. The cells will enable Tesla to deliver a massive 16% increase in range and reduce the overall battery cost per kWh by an impressive 14%.

Of course, in order to improve the product, Tesla will also have to upgrade the facilities where it is assembled. By switching to a dry process for electrode production instead of the traditional wet process, almost all the stages of electrode production are removed, reducing the carbon footprint of the factory and the energy used to build it. Musk also mentioned how other improvements at the formation stage would lower the plant investments by 86%. Tesla’s Gigafactory will be able to produce 1TWh of batteries a year using less than the current space, which can only produce 150GWh a year. These production enhancements would reduce the cost per kWh by 18%, taking the total reduction to 32% per kWh. 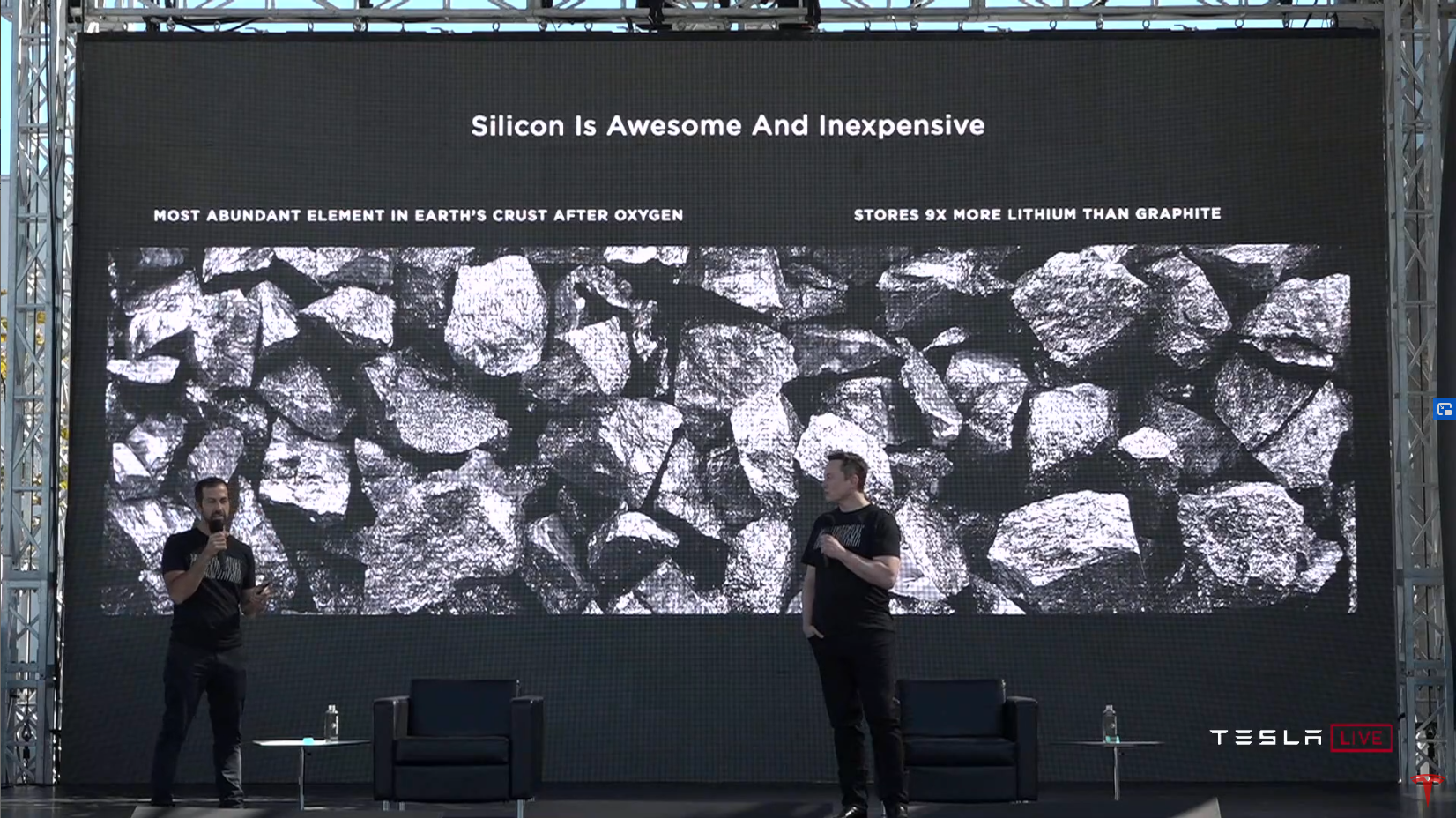 Tesla also vows it will become a true Silicon Valley as it expects to substitute graphite with silicon, as the material is able to store nine times as much lithium. This enhancement would lead to a 5% reduction per kWh bringing the overall total reduction to 37%.

Graphite is not the only element that we might not see any more in the batteries, as Musk is also planning to replace the cobalt and start to use more nickel in Tesla’s battery cathodes. Tesla also has plans of using recycled water leading to no waste and enabling the use of more sustainably mined and sourced ores, with greater opportunities for recycling. This will lead to a 76% reduction in process cost. The overall reduction in cost from the new cathodes and process enhancements would be 12% per kWh, bringing the total to 49%.

Finally, Tesla will no longer have its batteries inside holding structures but will bond them directly to the chassis, so they form part of its strengthening structure. Batteries have stiff casings that are ideal for becoming part of the structure. This reduces mass by removing surplus extra structure and could enable a 14% increase in range. This final element would add another 7% saving in cost per kWh, taking the grand total to an unbelievable 56% lower battery pricing.

Thanks to this huge battery cost reduction, Musk also promised that a Tesla EV will soon be affordable for anyone. He claimed that the company will be releasing “a compelling $25,000 car that is also fully autonomous” within the next three years.

All of these announcements rather overshadowed the reveal of the Tesla Model S Plaid specifications, which promised a car capable of hitting 60mph in less than 2 seconds, a top speed over 200mph, and a range of more than 520 miles – which rather puts the Lucid Air in the shade.

After Battery day, one thing is clear, other OEMs will have a lot more work to do to try to catch up with the Californian company.

On an everyday basis, we are used to thinking of batteries as flat and rectangular – tucked into our mobile phones – with a performance life that decays quickly over two or three years.

In an EV, however, individual cells are combined into modules that come together to form battery packs. 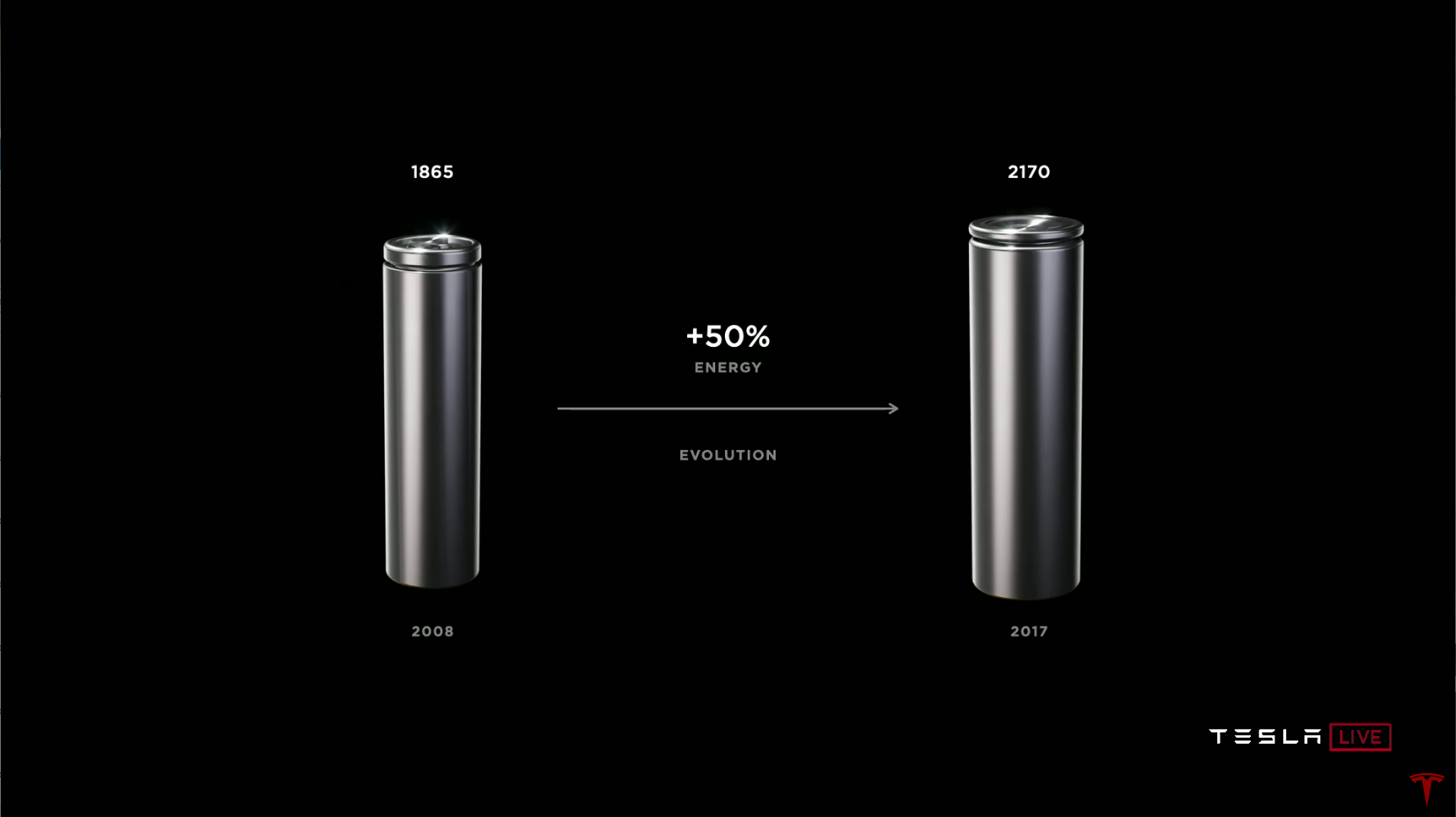 With Tesla, the cells physically resemble the kind of AA battery that we’re used to having around the home. In reality, these are typically 18mm wide and 65mm high – hence the code name 18650 from the early days. The 2170 is 21mm wide and 70 mm long – and also includes improved chemical combinations internally. The result?  Old-style 18650 batteries offered 3,400mA each (close to the charge for a modern smartphone), while the 2170 offers around 5,750mA.

With the Standard Range Plus Model 3, there is a total battery pack of 2,976 cells – arranged as four modules with 744 battery cells each. The Long Range and Performance versions have 4,416 cells.

In the past, these cells had a tab that connected the battery to the thing it is powering but, in the future, that tab will no longer be necessary due to Tesla’s redesign of the cell internals. Also, Tesla is saying that other new technologies have been brought in that will increase power density significantly – while reducing production costs. Thanks to these advancements, Battery Day 2020 saw the announcement of a new 4680 cell, which is 46mm wide and 80mm high. 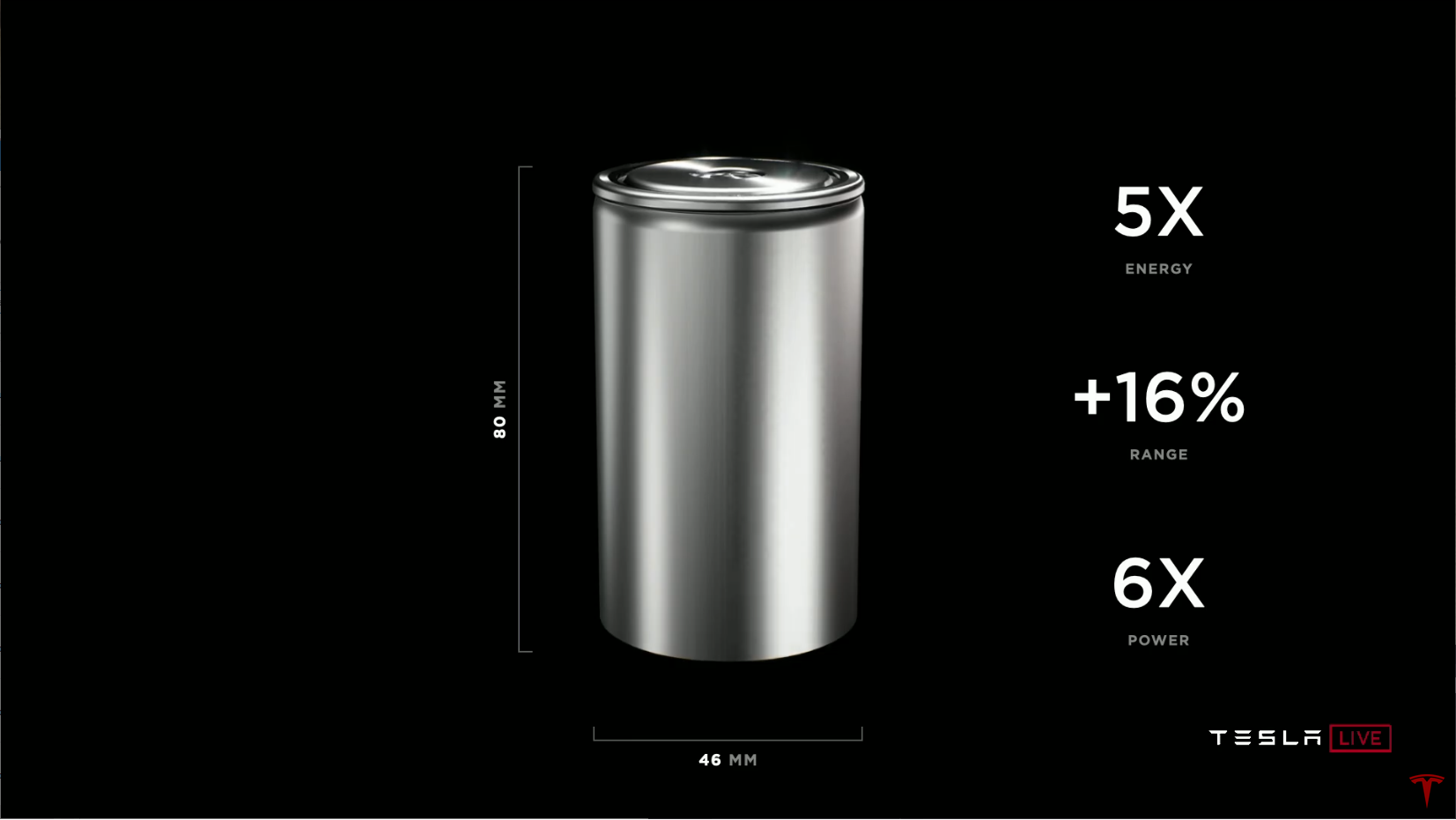 At the high end, that will mean performance vehicles that can touch 250mph and, for the low end, affordable Teslas that cost as little as $25,000.