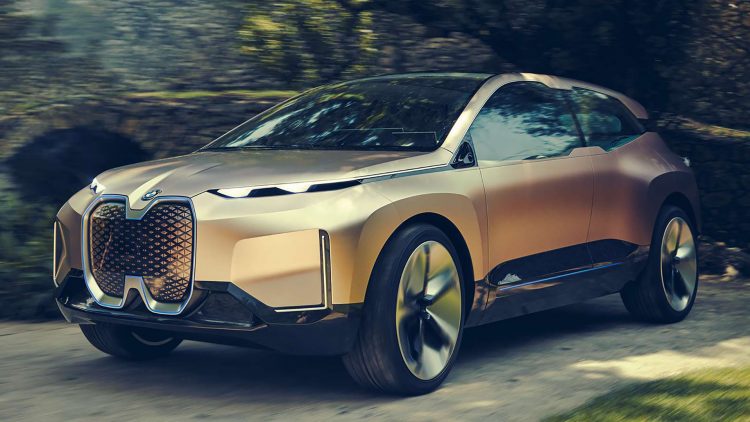 BMW is hoping to shake up the electric vehicle market again and return to form with its new iNEXT concept that will boast an official range of 610 km (381 miles). The German company is ready to come back in the EV world. The huge front grill won’t be the only aspect of this car that will attract customers’ interest as the company says that its new vehicle will have a similar range to a Tesla Model S.

The iNEXT with this sort of range will be able to crush the competition from Mercedes and Audi, which both offer EVs that have a range in the 400s (km). The BMW iNEXT production model is expected to be available in three variants with base trim offering 400 km of real-world electric range. The power outputs are said to vary between 303 and 607 PS across the line-up.

From the pictures, the futuristic look of the vehicle is striking. Maxi screens in front of the drivers and a lot of cabin space make this car very intriguing. More information and details about the iNEXT will be available to the public next year when the car will be officially launched.