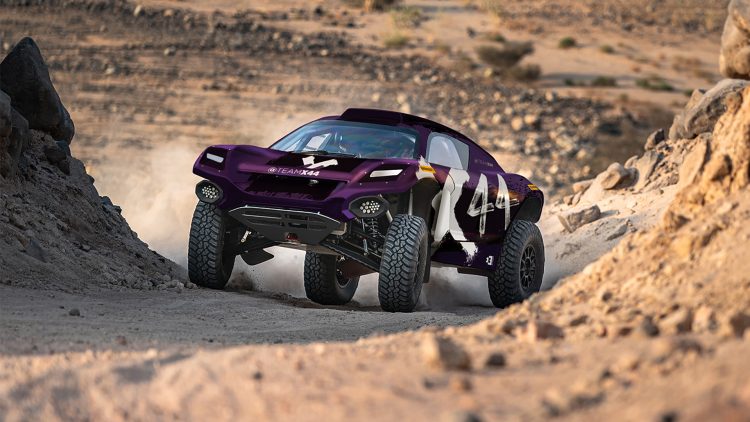 This Sunday, we saw Hamilton flying through the Mugello Grand Prix, propelling himself closer to another world title. However, it is also reported that the six-time world champion will now form his own Extreme E team as part of his ambition to raise global awareness of environmental issues.

Extreme E is a rally championship that solely uses electric cars. The teams will battle through five remote locations that are severely threatened by climate change. This competition was created in the first place to highlight different issues such as melting ice caps, deforestation, desertification and rising sea levels.

The British racing driver won’t compete himself and will only act as the founder of the team, which will be called X44, referencing the number that he has been using for his entire career in Formula 1. However, Hamilton is excited to participate in this new adventure that will help raise awareness on climate change.

“Extreme E really appealed to me because of its environmental focus. Every single one of us has the power to make a difference, and it means so much to me that I can use my love of racing, together with my love for our planet, to have a positive impact,” he said. “Not only will we visit remote locations facing the front line of the climate crisis, we will also work closely with these locations and leading climate experts to share our knowledge and leave behind a positive legacy in each location which goes far beyond the racetrack.”

Drivers will compete in sturdy electric SUVs built by Spark Racing Technology with a battery from Williams Advanced Engineering and tyres from Continental and will be equipped to thrive in any sort of environment.

Extreme E is ready to welcome Hamilton and his team in the league and see how X44 will succeed, according to Alejandro Agag, founder and CEO at Extreme.

“Lewis is one of the most successful drivers of all time, and we’re all excited to see how his X44 team performs on and off the racetrack under his incredible guidance,” he said.