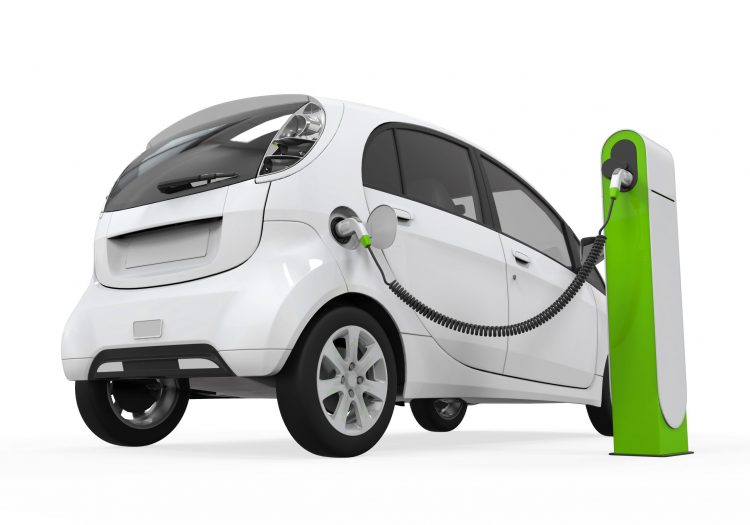 In an uncertain year for automakers due to the drop in sales of internal combustion engines, electric vehicles still steadily generating interest among consumers. New research by YouGov on the European Electric Car Market surveyed over 11,000 people in both January and June across Denmark, Finland, France, Germany, Italy, Norway, Spain, Sweden and the UK. The research goal was to determine what effect COVID-19 has had on the European electric car market and purchasing intentions.

The UK, out of all the countries surveyed, is the one with lowest figure as only 17% of the people questioned said they would consider buying an electric vehicle. However, this is an improvement of 3% from January, indicating that Britain is slowly heading in the right direction.

Also, when it comes to recommending an electric vehicle, Britons are conversely among the most enthusiastic in Europe. According to the survey, 22% of the people surveyed would encourage family and friends to switch to the greener alternative.

Other countries have seen some interesting results as now Spain has overtaken Norway as the country with the highest number of people that will consider EV technology, at 37%. But Norway is still high on the list at 33% followed by Germany in third place at 29%.

However, Germany is definitely the most peculiar case of the countries analysed as even though a lot of people surveyed would consider the purchase of an electric car, no one would ever recommend such technology to family and friends. The data indicates that they scored -7%, which means that they are actively discouraging the switch to battery electric.

On the other hand, we have seen a robust 7% increase from January to June in Finland as now 28% of the people surveyed would consider buying an EV. 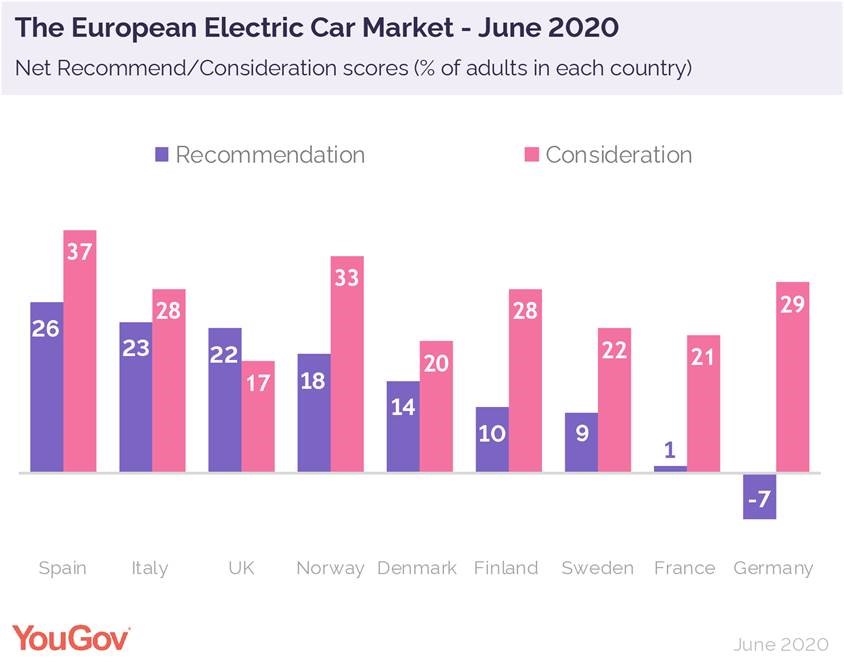 The data has shown that interest for electric vehicles hasn’t diminished, but in fact increased. Nevertheless, it is important for OEMs to analyse this moment carefully in order to make sure that this positive trend keeps going, according to Kai Virtanen, Head of Consumer Research at YouGov.

“COVID-19 has undoubtedly hit so many industries so hard, so it may be a relief to many auto manufacturers that purchase consideration and recommendation for electric cars has remained broadly consistent across Europe during the pandemic,” he said. “This is a good starting point, but with the auto sector being hit hard by COVID it is important that manufacturers are using the best insights possible to understand how and why consumers buy electric cars.”