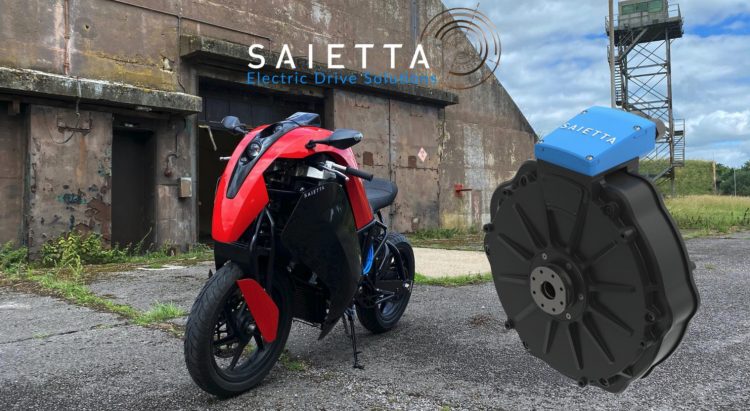 Oxfordshire-based tech company Saietta is growing exponentially. It has announced that it will expand its operations with a new sustainable plant that will be powered by solar panels. The company is known for its lightweight and efficient motor, which has set world speed records for electrically powered aircraft and boats, as well as launching the first manned electric helicopter flight and powering the first Isle of Man TT Zero victory.

The radical Axial Flux Traction (AFT) motor is being rolled out to the electric vehicle market and soon the UK company plans to sell its technology under licence in Asia and the rest of the world. That is why building a new plant is imperative as it will allow Saietta to increase the volume of motors produced. The new facility is expected to bring from 150 to 250 jobs in the area over the next three to five years.

The popularity of Saietta’s AFT technology is due to its versatility as it can be used in all mobility solutions, from scooters to buses.  The engine is modular in design, meaning high and low voltage e-motor solutions can be provided for a wide range of vehicles. 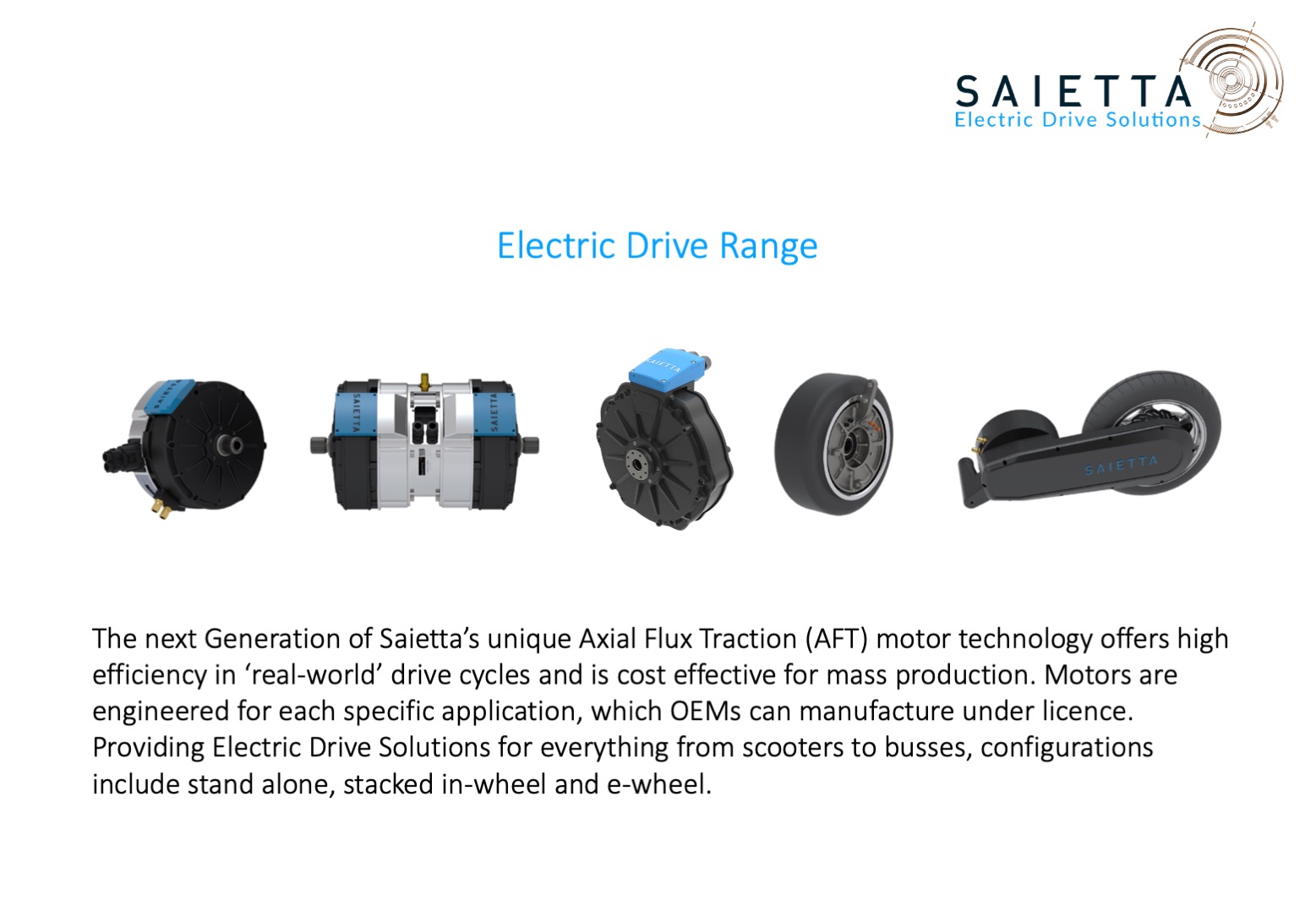 The new plant will be funded by a fresh investment round and is considered the next big step for the future of the company, according to Wicher Kist, Chief Executive Officer of Saietta Group.

“We have now reached the point at which the last three years of planning can be realised,” he said. “To have seen market demand increase so significantly means that a new round of funding will allow us to capitalise on the wave of vehicles that will be entering development soon.” 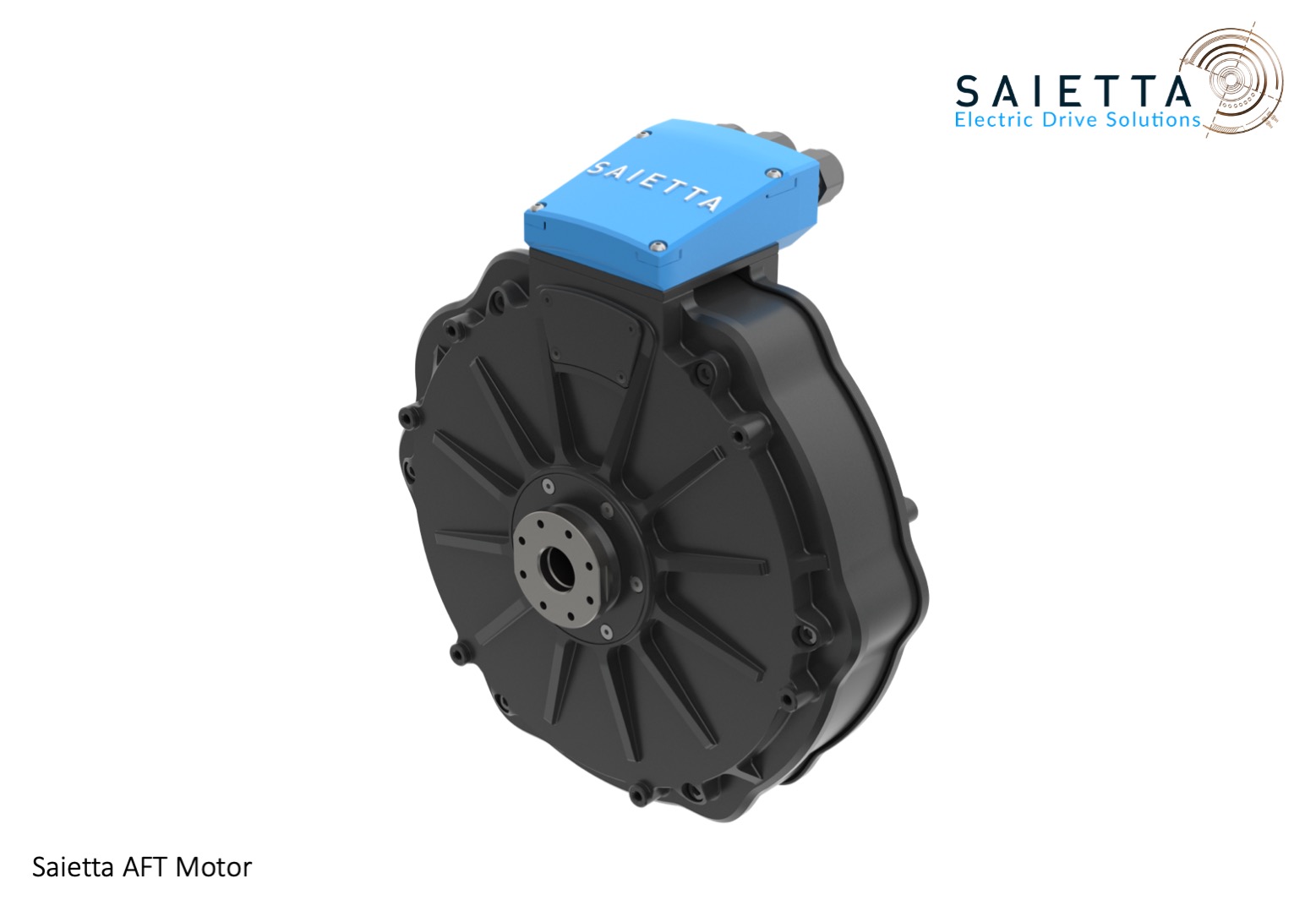 In addition to the new plant, the company has also appointed former Goldman Sachs MD Emmanuel Clair as Non-Executive Chairman to guide the company towards its ambitious future.

“I have been watching the growth of e-mobility for the last five years, and my decision to accept the role at Saietta Group is a commitment to the company’s potential, which I think will be transformative to the entire mobility industry,” he said.

The name Saietta, according to the company, comes from the Italian Apennine dialect and it means thunderbolt. The name, like their engines, represents only one thing: pure power.