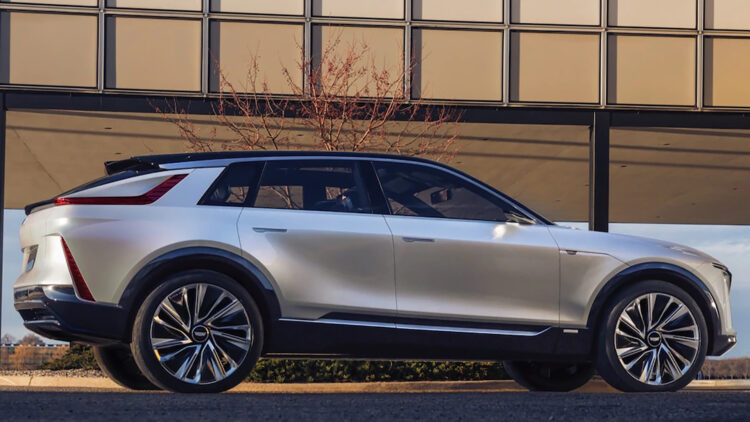 General Motors has decided that it is time to challenge Tesla and heavily invest in an electric future. The Californian automaker has been dominating the Chinese electric vehicles market, which is the largest in the world, so GM has announced a plan to produce new EV models specifically for the Chinese market. In a virtual presentation, CEO Mary Bara said that GM is ready to fully commit to the greener technology.

“We are investing heavily in the technology and innovation that will help us realise our vision,” she said. “From 2020 to 2025, we will allocate more than $20 billion in capital and engineering resources to our EV and AV programs.”

Moreover, GM is planning to sell at least 20 EV models by 2023, thanks to the company’s platform that will be used for compact cars, pickup trucks and other models. GM’s goal is to have at least 40% of its new vehicles electrified over the next five years.

This new strategy, which is largely based on electric vehicles, is due to the fact that although the Detroit-based brand is still profiting from internal combustion engine models, it needs to look to the future and the long-term growth of the company and that clearly depends on how well EVs will sell.

At this moment China has the largest share of the electric vehicle market and Tesla has grabbed an early lead thanks to its new multibillion-dollar Gigafactory in Shanghai. GM’s attempt to rival Musk’s company is considered the start of an all-electric revolution for the brand, according to the President of GM China, Julian Blisset.

“This is a huge opportunity for us, the biggest opportunity any of us have ever seen in this company,” he said. “It represents a chance to reinvent the company and reset our brands. It will change this company and people’s perceptions of it forever.”

So far, GM has announced the production of the Cadillac Lyriq, which is an electric luxury SUV that will be aimed at wealthy people. Also, the company said that its new Ultium battery will have a range of 400 miles, with battery sizes between 50 and 200 kW.

While GM is chasing Tesla, Musk is enjoying the economic boom of his company as sales are exploding. In just two days his wealth increased more than $13.3bn (£10bn). He has now become the fourth richest person in the world with a net worth of over $90 billion.

Tesla has recently become the most valued car company in the world, overtaking Toyota and if the company shares keep soaring there might be another big pay-day ahead for Musk. It is reported that should Tesla keep heading in this direction his fortune will massively increase thanks to a $55bn bonus, agreed in 2018 and payable on the achievement of a series of targets.

GM is ready to take on Tesla, but it won’t be an easy task. The Detroit automaker has been a giant of the 20th century but right now is the underdog as the Californian brand is currently worth eight times more than General Motors.