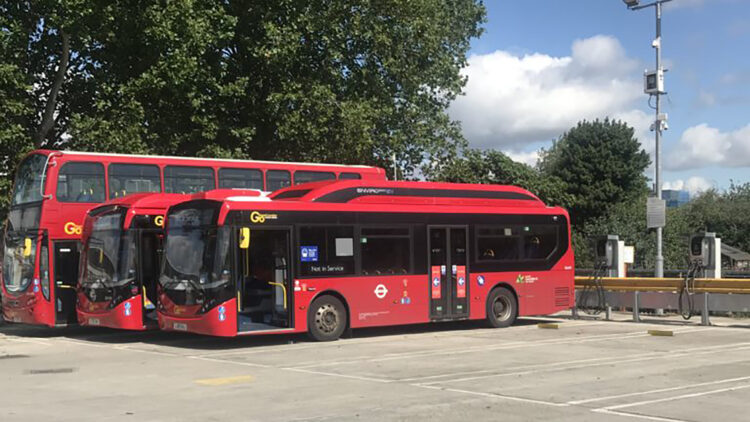 A north London bus garage is set to become the largest vehicle-to-grid trial site. The new all-electric buses will be providing energy when not in use, becoming a virtual power station.

We have reported in the past few weeks how there are multiple trials in the country testing the new vehicle to grid (V2G) technology that will bring various benefits to the EV owners and the grid.

This trial, which is called Bus2Grid, will be set up at the Northumberland Park facility and it will be led by SSE Enterprise in partnership with the Mayor of London, Transport for London (TfL) and Go-Ahead London. The initial trial will use the batteries of 28 double decker buses, capable of returning over 1MW energy to the grid. 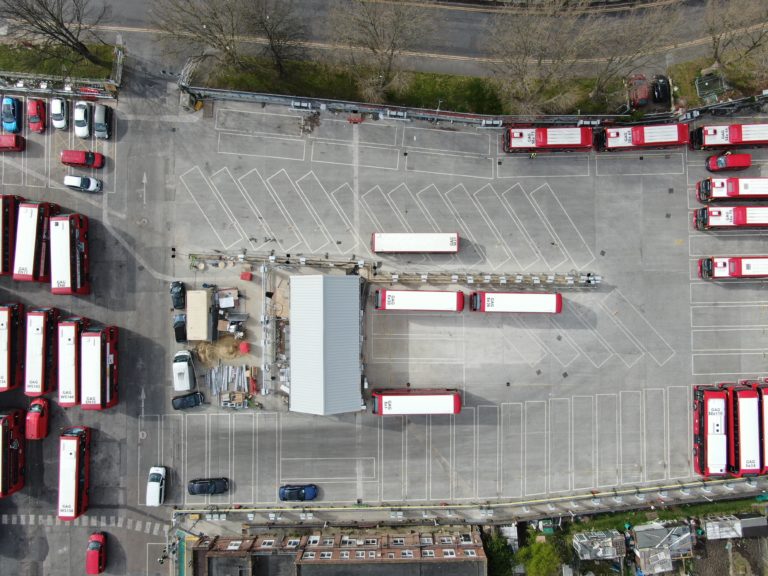 V2G technology could potentially be the future of electric cars as it is based on the simple concept that the EV is used as a battery pack that is able to send stored excess energy back to the grid when demand for it is peaking. Basically, the electric car will work as a decentralised power storage station. It will help to reduce the grid’s need for additional energy generation, either through fossil fuels or renewable energy, at peak times such as between 5pm and 7pm in the evening.

The majority of the trials in the UK are using cars to test this technology, therefore Bus2Grid has the potential to become a gamechanger for the future of the nation. In fact, if the entire London bus fleet of around 9,000 vehicles were to be converted with the technology being used in the project, it could theoretically provide enough energy to supply more than 150,000 homes. 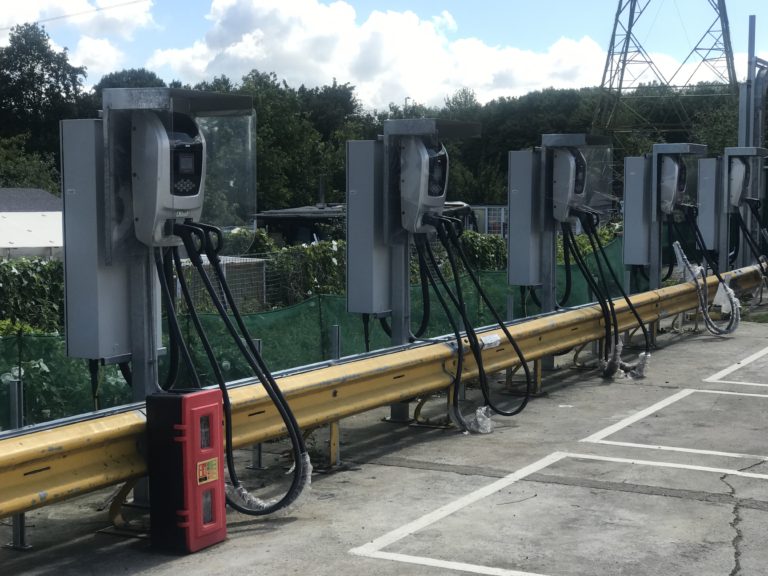 This trial is at the forefront of a greener future and a positive outcome could revolutionise the industry as it would help decarbonise the bus fleet and aid the grid massively; it could definitely be considered an incredible achievement for EV technology.

Go Ahead London was chosen by TfL to run the first electric buses in London back in 2013. It has now grown its fleet to 240, making it the largest e-bus operator in Britain. The logical next step was to create an infrastructure to test the V2G technology, according to Niall Riddell, Smart Systems Innovation Sector Director for SSE Enterprise.

“Developing a charging infrastructure that operates in two directions so that batteries can give back as well as take from the grid is an important part of this,” he said. “SSE Enterprise is proud to have electrified most of the bus garages in London that operate electric buses. Delivering the Bus2Grid project is the next natural step in using smart technology to make bidirectional charging the reality for today’s bus users.”

According to Ian Cameron, Head of Innovation at UK Power Networks, buses are a key component to improve the quality of London air and they are the perfect vehicle to test this technology. 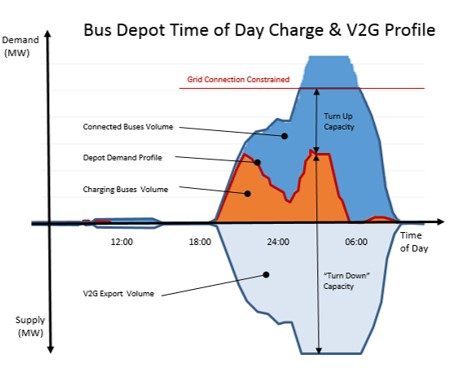 “A fleet of bus batteries harnesses large amounts of electricity and they are habitual, with regular and predictable routes, driving patterns and timings. That means we can easily predict and plan for how we can use any spare electrical capacity they can offer,” he said.

The three-year trial is funded by the Department for Business, Energy and Industrial Strategy (BEIS) and the Office for Low Emission Vehicles (OLEV) with the support of Innovate UK.