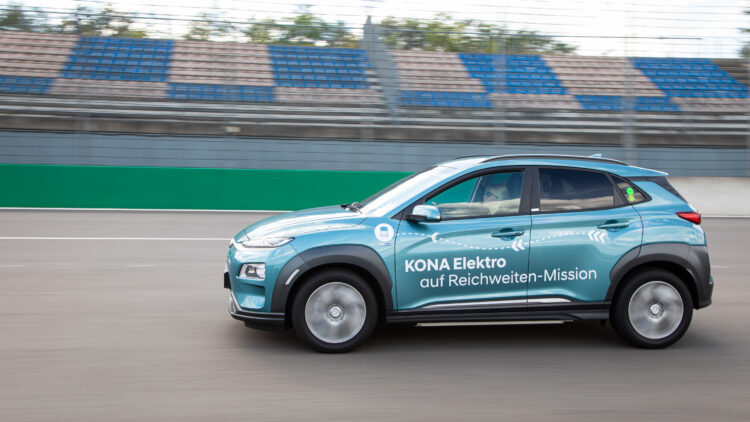 Hyundai has just achieved a milestone that most electric automakers can only dream of. For the first time ever, the Kona has reached a range of 1000 km (620 miles) on a single charge. The carmaker successfully tested three Kona SUVs for three days at the Lausitzring circuit in Germany. The Konas travelled 1,018.7 km, 1,024.1 km and 1,026 km on a single battery charge. 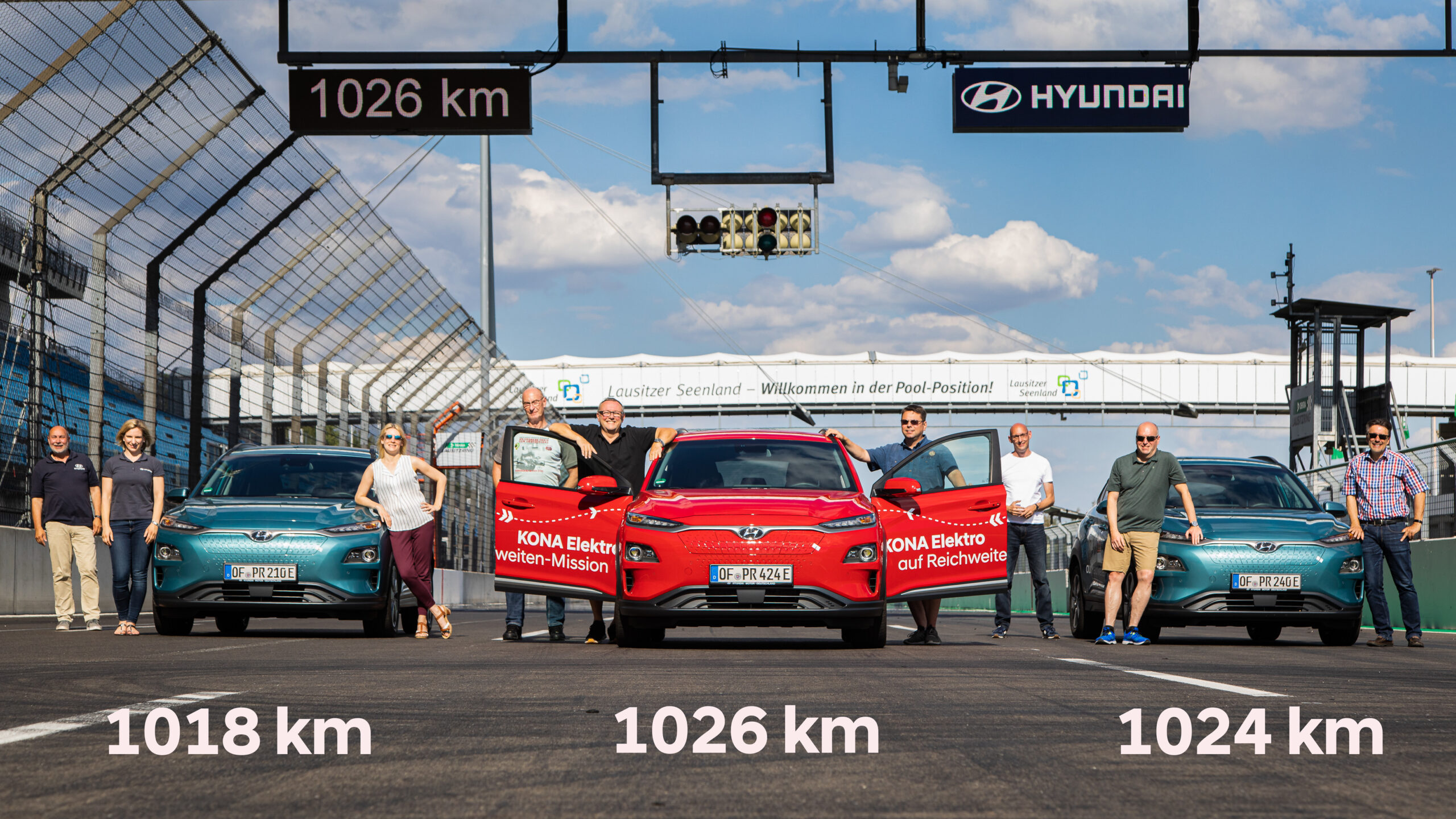 All vehicles did not receive any sort of boost as they were the exact same model that will be available to the public. In order to reach this incredible result each vehicle’s air conditioning and entertainment systems remained off, with only daytime running lights switched on to comply with the legal requirements for road traffic in Germany.

The cars were driven for three days by 36 drivers and travelled at an average speed of 30 mph in order to represent best city traffic. The Kona SUVs also managed to cover over 20 km with only 3 percent residual capacity.

Hyundai states that the SUVs achieved an average power consumption of around 6 kWh per 100 km (16 km per 1 kWh). The test was conducted jointly with German auto magazine Auto Bild and was monitored by Dekra, operator of the Lausitzring racetrack.

Hyundai seems ready for this electric revolution. We reported just few days ago that the company has announced an all-electric Ioniq brand, which will give birth to three models in the next 3-4 years.

The Korean giant is not hiding anywhere as it has declared the ambitious goal to sell 1 million battery electric vehicles and take 10% share to become a leader in the global EV field by 2025.

It seems that Hyundai is fully embracing its U-turn from hydrogen technology to electric batteries, which we reported in July. Euisun Chung, leader of the Hyundai Motor Group conglomerate that also includes Kia Motors, has held a series of meetings with his counterparts at Samsung, LG and SK Group, in order to try to secure batteries at a time of tight supply as the EV race intensifies.

It looks like Hyundai is tired of watching from the side lines and it has clearly decided that it is the moment to try to dominate the market.