Hyundai to refocus from fuel cells to battery electric vehicles 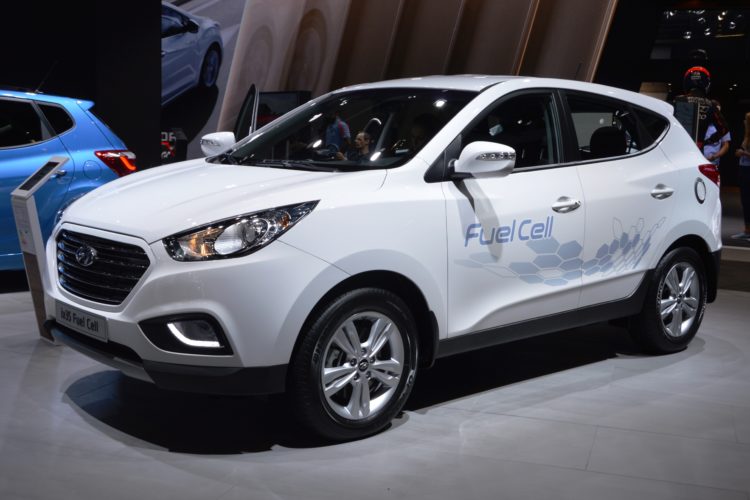 When Tesla entered the market with the goal of making electric vehicles the new norm, giant of the auto industry Hyundai did not feel concerned about the start-up and simply concentrated its efforts on hydrogen cars. However, things have quickly changed due to the unstoppable rise of the Californian company, which is forcing the Korean brand to change its strategy and start to battle for the hegemony of the U.S EV market.

Hyundai plans to introduce two production lines dedicated to electrics vehicles, one next year and another in 2024. It is clear that the company has decided not to waste any more time and will now aggressively pursue the electric market.

Euisun Chung, leader of the Hyundai Motor Group conglomerate that also includes Kia Motors, has held a series of meetings since May with his counterparts at Samsung, LG and SK Group, in order to try to secure batteries at a time of tight supply as the race intensifies, according to several industry sources.

The South Korean company aims to sell 1 million battery EVs a year and grab a global market share of over 10% by 2025. However, the goal is very ambitious at this moment in time as Hyundai sold only 86,434 battery EVs last year.

According to sources, the company had not been concerned about Tesla when the Silicon Valley company was producing high-end cars. But it became more worried when Tesla brought out the cheaper Model 3 in 2017, which has entry-level version that starts at a base price of $39,990.

The road to catch up Tesla could be a long and winding one as Hyundai might face some backlash from its powerful union, which is worried about job security as EVs require fewer components and workers than gasoline vehicles. Also, Hyundai makes a number of key components for conventional cars in-house, while many EV parts are outsourced at present. The company is in a very similar position to BMW, which we reported a few weeks ago has another powerful union of workers that has prevented the German company from fully concentrating on dedicated electric powertrains.

The union affecting Hyundai is pushing for the company to assemble key EV components, like battery packs and motors, in-house to offset any reduction in workforce.

“We are not opposed to EV business. Kodak went bankrupt because it stuck to film even as the industry was shifting to digital photography,” said union spokesman Kwon Oh-kook. “We just want to protect the jobs of our members.”

Hyundai finds itself in the awkward position for a leader of the industry to be chasing Tesla and that is due to the fact that it gambled on the future of hydrogen cars and it lost. In fact, the technology has not taken off as 7,707 hydrogen fuel cell cars were sold globally last year, compared with 1.68 million battery EVs, according to LMC Automotive.