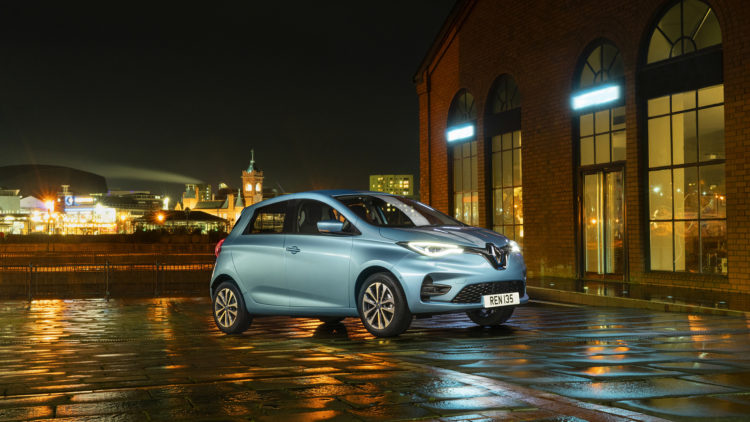 Although the Renault Racing Team is struggling in the current Formula 1 season, there is another division of the French automaker that is thriving, the electric vehicle one.

The company is becoming one of the leaders of this particular segment of the market as it just celebrated the incredible mark of 300,000 electric vehicles sold worldwide.

Renault has to thank its best sellers the ZOE and the Kangoo P.E for the achievement of this milestone. The small utilitarian ZOE has sold more than 100,000 units solely across France since 2012. Moreover, despite difficult market conditions, a strong first half of 2020 resulted in sales of the New ZOE increasing by almost 50% compared with the same time period last year, with 37,540 units.

The popularity of the ZOE does not come as a surprise as it is the perfect urban electric vehicle, featuring a new 100kW R135 electric motor and 52kWh battery across the entire model selection, providing enhanced acceleration along with up to 245 miles (WLTP) all-electric range on a full charge. At the same time, a new 50kW DC charging option will re-charge the battery from zero to 80 percent capacity in just one hour and five minutes.

The French engineers have also worked on improving the vehicle safety adding a suite of Advanced Driver Assistance Systems (ADAS), delivering added convenience and safety, while recycled interior materials and a refined design deliver a modern look and feel, both inside and out.

Renault has also decided to introduce a new variation, the ZOE Van, which benefits from the same advanced powertrain, meaning a powerful 52kWh battery and 80kW R110 electric motor resulting in a WLTP range of up to 245 miles on a single charge. As we reported, the model will be part of the PRO+ range segment.

These numbers reflect the commitment that the French giant has towards electric vehicle technology and its popularity among customers.