UK set to be leader in in new battery technology 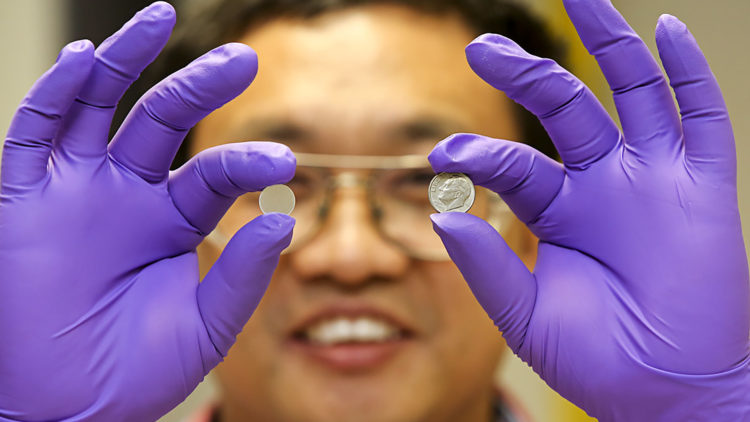 Typical electric vehicles use Lithium-ion (Li-ion) technology for their batteries. It is widely agreed that reaching beyond the limitations of Li-ion batteries will be essential for the transition away from fossil fuel use. That necessary technology could be Lithium-sulphur (Li-S), and the UK has a head start in production according to research facility for battery science The Faraday Institution.

Li-S batteries have the potential of being cheaper and lighter than Li-ion. Amongst the division of batteries being developed to potentially replace Li-ion batteries, Li-S is one of the most mature as the technology has been researched since the 1970s.

Li-S and Li-ion cells contrast in that Li-ion cells use metal-rich cathodes, while Li-S uses sulphur, as the name suggests, which is much more abundant. Sulphur is a much cheaper non-metal and it also has the potential for a five-fold improvement in capacity for weight compared with Li-ion cells, according to The Faraday Institution.

Batteries that use sulphur work with a completely different mechanism compared to typical Li-ion. Li-S uses something known as a conversion mechanism. The mechanism improves the energy density. 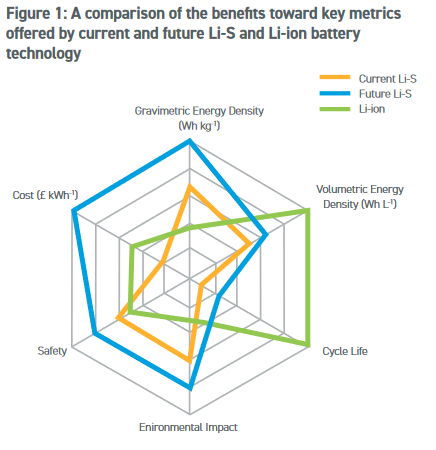 Part of the reason the material is so cheap is that sulphur is much more readily available. Large production of Li-S should theoretically have less environmental and societal concerns around materials like nickel and cobalt that are required in Li-ion batteries.

Not only are Li-S batteries potentially cheaper and have a better environmental impact, they have many attributes that lead them to usage in electric vehicles. For one, according to the Faraday Institution, the mechanism they use makes them much less prone to so-called ‘catastrophic failure’ that Li-ion batteries suffer from.

So far, these batteries have only been used for more high-end vehicles and apparatus like satellites, drones and machinery in the defence sector. However, as the tech matures and economies of scale reduce the price, their versatility could definitely benefit the electric motoring sector. 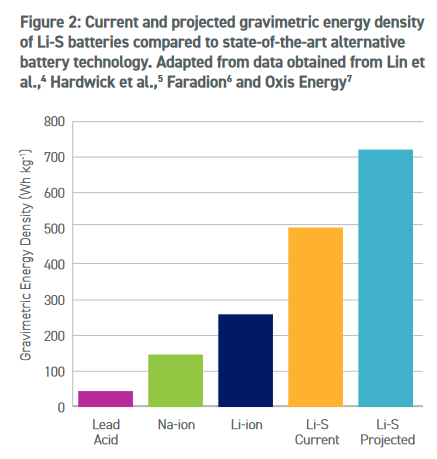 The first deployment of Li-S cells in the context of transport would likely be in heavy vehicles, which require an enhanced energy to weight ratio, for example, trucks and buses, which have the space to accommodate relatively large cells. Even electric aviation would be much more achievable with the lightness of the technology.

The UK has an opportunity of becoming a global hub for this technology, as it boasts established Li-S manufacturers. If the nation makes the right moves for the next 20 years as the technology develops, we may soon be driving electric vehicles that weigh less, are cheaper and most importantly, are even safer.

Motorsport gets more electrifying for kids with e-kart race series

Motorsport gets more electrifying for kids with e-kart race series