Does Nissan’s switch to CCS charging for the Ariya mean CHAdeMO is dead? 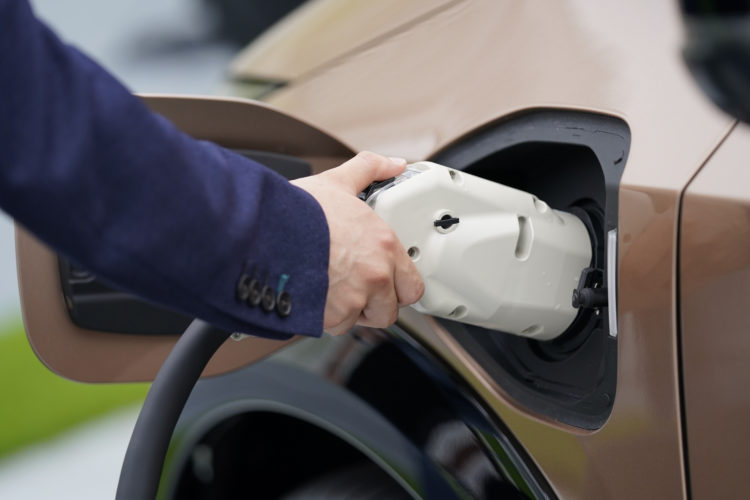 The launch of the spectacular new all-electric Ariya SUV by Nissan represents a new era for the company but also it might symbolise the beginning of the end for CHAdeMO charging solution, at least in Europe and America. The new model from the Japanese company will be equipped with the CCS format for DC fast charging. CHAdeMO has been adopted by Nissan since 2010 when it introduced the Leaf. That is why this change should be considered as an important sign that the technology is heading towards its end days.

Nissan is not ‘one of the many’ EV automakers, it is a giant of this specific market sector with over 450,000 Nissan Leaf EVs sold worldwide since the first one in 2010. If one of the leading EV brands changes its strategy regarding its charging solution, others might follow the same steps.

CCS was created in early 2011 by a collaboration between the SAE and the European Automobile Manufacturers Association. The key characteristic behind CCS is that the design allows for both AC and DC charging to be combined within a single plug design, which is why the name is Combined Charging System (CCS). Instead, CHAdeMO plugs are DC only, with EVs required to have an additional and separate AC plug.

The fact that Nissan has chosen the CCS format for its new high-tech car means that the technology has become the front-runner to be the single standard for EV fast charging outside of the Tesla ecosystem, and even Tesla adopted CCS for the Model 3 in Europe.

The CCS infrastructure is expanding faster than CHAdeMO. In Europe there are currently already 8,000 charging locations, which is a thousand more than last year. Also, in the USA now EV drivers will be able to go from coast to coast thanks to Electrify America, which has placed CCS stations that deliver at least 150kw along Interstates 15 and 70.

However, it is worth noticing that this handover will not happen suddenly as we are going to see CHAdeMO solutions at least for this decade. As Nissan has explained, the Ariya is not taking over from the Leaf and the company has just made last year a hefty investment for 200 charging stations capable of delivering 100 kw on the CHAdeMO standard.

As of right now, CHAdeMO is still very popular as of course it is used by the Leaf and it is widely appreciated in Japan. That is why the Ariya will be produced with that charging solution in Japan instead of CCS, which will be exclusively in the U.S and Europe, according to Ivan Espinosa, Nissan’s senior VP for global product planning.

“CHAdeMO is very important in Japan,” he said. “We didn’t want to give our customers any disadvantage in terms of coverage and infrastructure.”

We might not be fully aware of it, as it is easier to reflect on events once they already happened, but we are witnessing an evolution in the charging format for EVs. CCS is gaining ground quickly as soon it will take over as the leading platform for electric cars and Nissan choosing it as flagship technology for its shiny new model is a clue that cannot be ignored.

It is also worth pointing out that this evolution is happening outside the Tesla bubble. Even though there are fewer charging stations with its technology than others, the Californian product can use one or both standards depending on the configuration of the model, which makes the cars incredibly flexible for fast charging.