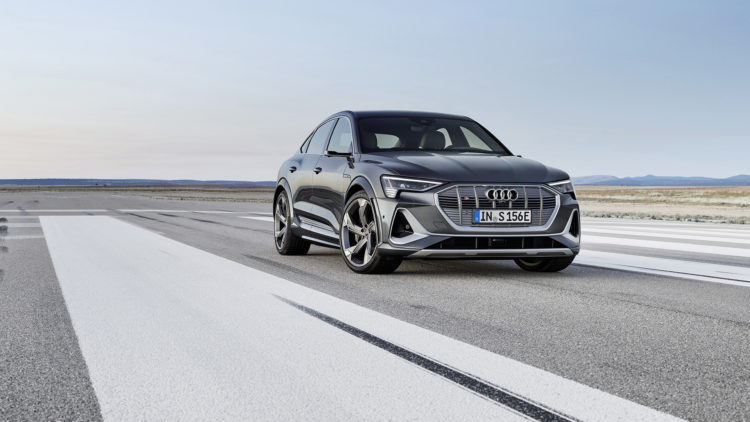 The new e-tron S and e-tron S Sportback will finally be available for UK order from summer 2020. It is definitely exciting news for fans of Audi as these two all-electric models are going to be extremely powerful and exciting to drive. The price of the models will start at £87,000 for the e-tron S and £88,700 for the Sportback variant.

When anyone sees an S next to the Audi’s badge, they know that what they are looking at is a purebred racing horse. This EV is blisteringly fast, thanks to three electric motors that will provide up to 370 kW of power and 973 Nm or 717.6 lb‑ft  of torque, which is  almost 200 more than the new Ferrari Roma. This is a significant milestone in the evolution of e-tron, as this will be the first electric Audi to carry the S badge, according to Director of Audi UK Andrew Doyle.

“Audi performance cars have carried the ‘S' badge since the 100-based S4 of the early Nineties, but this is the first time it has crossed the divide into our growing family of electrified models,” he said. “We have started as we mean to go on, because in setting a new precedent in volume production by using three motors to deliver breath-taking performance and ultra-intelligent all-wheel-drive these e-trons underscore the fact that excitement and efficiency certainly won’t have to be mutually exclusive in the new era of electrification.”

As we said, the new S models are equipped with two electric motors on the rear axle and one upfront, making them the first volume production electric cars in the world with three electric motors. Thanks to these engines, the standard 0-60mph sprint takes just 4.5 seconds and the max speed arrives at 130mph. 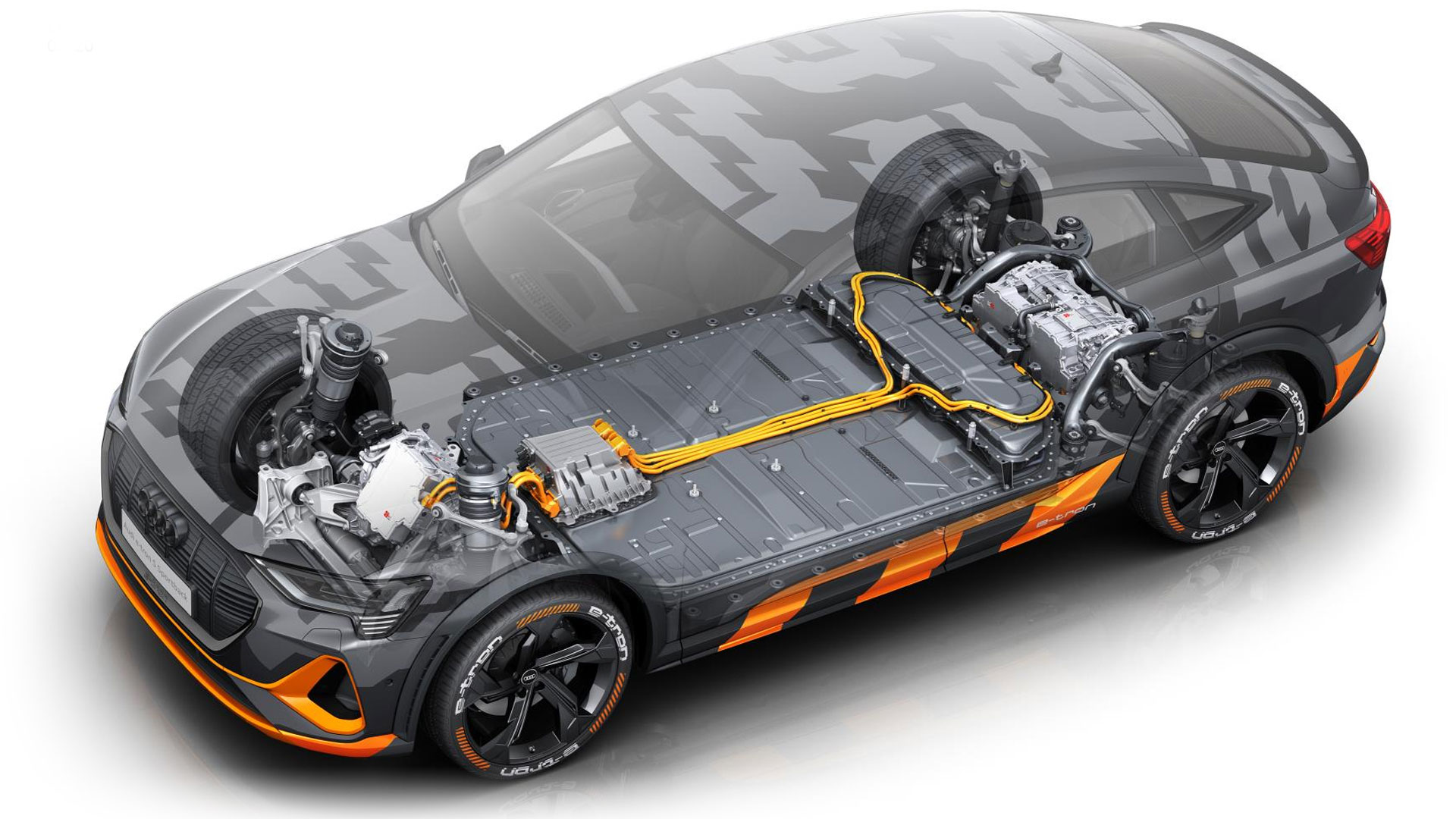 The high-voltage battery has an outstanding energy capacity of 95 kWh, of which 91 per cent (86 kWh) is usable. On a full charge, according to company officials, the Audi e‑tron S and the Audi e‑tron S Sportback can achieve ranges of up to 223 miles and 226 miles, respectively, based on the WLTP test cycle.

In order to improve efficiency, only the rear electric motors are engaged if the Audi e‑tron S and the e‑tron S Sportback are operating in normal driving mode. The front electric motor is called into play when the driver demands more performance, or predictively before traction is broken.

Each of the rear electric motors sends its torque directly to the respective wheel via a single-speed transmission; there is no mechanical differential. Need-based regulation takes just milliseconds and has a very high torque threshold. When approaching the physical limit, the front wheel on the inside of the bend that is not under load is decelerated slightly via the wheel brake to prevent slippage and further refine handling.

The engineers at Ingolstadt also put a lot of effort into the suspension system as the car will have an S-specific tuning that can vary the level of the body by up to 76 millimetres depending on the driving situation and the setting specified by the driver via the standard Audi drive select system from its menu of seven driving profiles.

When we first analysed the e-tron S we were  impressed by the innovative aerodynamics, as the drag coefficient has been reduced massively. The e-tron S has a jaw-droppingly low coefficient of 0.28, despite its wider arches, and the e‑tron S Sportback can slice through the air even more cleanly with a coefficient of just 0.26.

The e-tron has flow-optimised wheel arch extensions, which make a considerable contribution to resolving the conflict of objectives between outstanding aerodynamics and pleasing aesthetics. Audi is introducing the technology, which it developed and patented, to large-scale vehicle construction for the first time in the e-tron S and e-tron S Sportback.

A second major element in the aerodynamics concept is the controllable cooling-air inlet with ducts to cool the front wheel brakes. It remains closed as much as possible so that the airstream flows over the bonnet with almost no turbulence. A heat pump is also part of the thermal management strategy in every e-tron. This draws heat energy from the waste heat of the drive components, thereby increasing the range by up to ten percent.

The sophisticated recuperation concept also contributes to the vehicle’s efficiency. Drivers can select between three recuperation levels, the highest of which allows them to experience one-pedal driving. When braking, the electric motors alone decelerate up to 0.3g of braking force, i.e. enough for most everyday situations.

The engineering work of art does not stop at the exterior and the amazing electric engines as the car will also have an MMI touch response control system. The driver will have two large central displays with the Audi virtual cockpit positioned directly in front and will be able to select a special e‑tron screen that focuses exclusively on the car’s electric drive functionality. A head-up display can also be added to project information even more conveniently onto the windscreen in the driver’s field of vision.

Audi’s first all-electric S car seems to be rightfully part of the Sport family of the Ingolstadt automaker. It is incredibly powerful with a slick design like all the other petrol-engine S members.