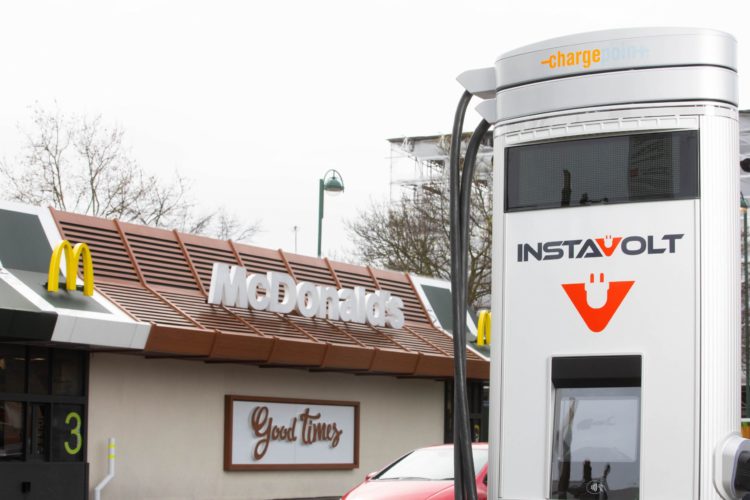 The partnership with InstaVolt would allow drivers more places to stop and recharge, while driving through the country. In fact, research commissioned by McDonald’s showed that more than half of the people who do not own an electric vehicle said that a lack of convenient charging points was in the way of switching to electric.

McDonald’s runs more than 1,300 restaurants across the UK, meaning charging points could stretch to many corners of the country depending on how ambitious they are with the project. The rapid chargers are designed for charging capacities of up to 125kW.

McDonald’s UK and Ireland CEO Paul Pomroy said: “Appetite for electric vehicles, which will be a central part of the UK’s efforts to build back greener post Covid-19, is growing.”

He added: “Our ultimate ambition is to have more EV charging points on our premises than any other company in the UK and Ireland.”

We can expect many more establishments to join in by adding charging points as the UK Government tries to hit its target to ban all new petrol and diesel cars from 2035. Shell and BP are introducing electric charging options at their gas stations, and data shows that the number of charging stations has grown by 402 per cent since 2015.

Last year, McDonald’s in Sweden and the Netherlands also introduced fast charging plans to its restaurants, with a ‘McCharge’ advertising campaign.

Quoting McDonald’s directly, the fast food conglomerate says it is “big enough to make a difference”, and with an average of 3.5 million customers per day in the UK, it’s difficult to doubt that statement. McDonald’s will surely influence many other companies in the UK to provide electric charging, and it won’t come as a surprise if they begin investing in the electrical infrastructures of other countries.