Can Tesla really deliver $35 billion worth of Cybertrucks? 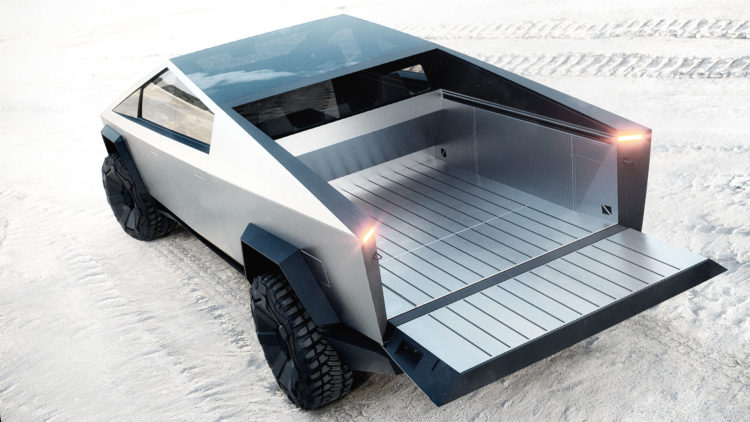 Elon Musk's science fantasy of a ‘lunar rover on steroids made real', is scheduled to begin shipping to its first customers by the end of 2021. The reveal was amazing, the performance jaw-dropping and the various ‘Cybertruck beats F150 in a tug of war' videos have certainly added petrol to the fanbois fires. When all is said and done, Tesla's greatest trick will be making enough of the product at all. The scale of the challenge being faced is enormous and it gives you an insight into why Tesla's share price has taken off the way it has over the past 12 months. WhichEV checks the production schedule required and reports back.

With the top of the range Cybertruck coming in around $70,000 and units sold overseas likely to attract even higher prices, a conservative estimate of the value of Tesla's pre-orders places the figure around 35 billion dollars. That's around one third of the combined annual sales of Fiat, Jeep, Alfa Romeo, Chrysler, Maserati and Dodge put together. On a single model.

Based on a pre-order book that has been open since late November 2019, Tesla will need to manufacture and ship 650,000 Cybertrucks in order to satisfy its existing customers. If orders keep coming in, then that figure will increase a lot more before the first one rolls off the production line.

So what level of logistical nightmare are we talking about?

In the whole of 2019, across the Model 3, Model S and Model Y ranges, Tesla shipped 367,500 vehicles. To ‘win', would mean almost doubling that figure for a single car. Worth bearing in mind that, right now, Tesla hasn't even started building Gigafactory 4 in Berlin due to some bureaucratic red tape issues.

Then you need to add in the flexible seven-seater Model Y, 250mph Roadster and the enormous Tesla Semi goods delivery vehicle. It begs the question: Where will they all be built?

These vehicles need multiple motors built into each one, which will put a different kind of strain on production and parts supplies, which – in turn – could pressure suppliers of rarer raw materials and, ultimately, stretch finances.

One bright side to this story, from Tesla's point of view, and that is ‘the available spend'. Will all of the 650,000 pre-orders go through to a final purchase?   Probably not, But those customers have put a deposit down and, in their mind's eye, are probably visualising life with Blade Runner inspired Cybertruck. While that aspiration remains strong, they won't be thinking about Ford F-Series, Dodge Ram or Chevrolet Silverado. Tesla getting the deposits, will definitely impact the potential revenue of the fossil-fuelled competition.

Musk is reported to have come to the UK to scout several locations that were ‘at least 4 million square feet' in size. To help you visualise the size required, that's more than 80 football pitches. If the building of Gigafactory 4 in Berlin is followed by a Gigafactory 5 in the UK, then we would anticipate Model Y cars to be in full flow by the start of 2022 and we might even see right hand drive Cybertrucks by the end of 2022.