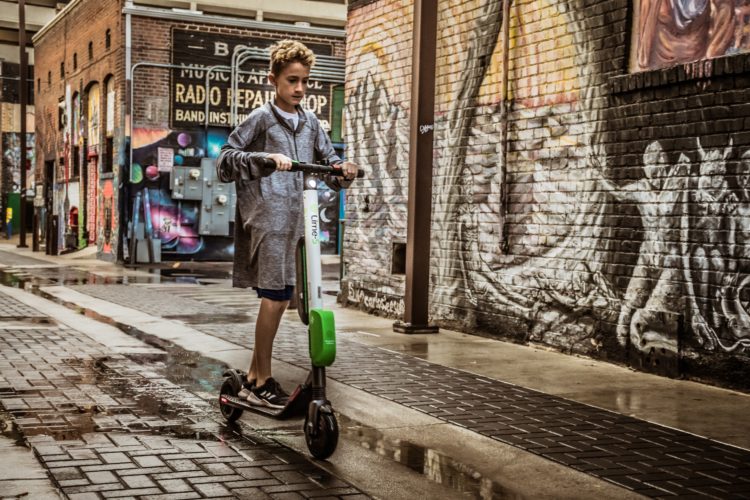 In response to the COVID-19 pandemic, the UK government is consulting on urgent legislation, as part of the eco-recovery package, to allow trials of rental e-scooters. The aim of their introduction is to reduce the number of commuters on public transport and allow social distancing. Currently e-scooters are not allowed on UK public roads. However, a survey from independent fleet management company Venson has revealed the safety concerns the public have over the upcoming e-scooter trials.

Out of the 200 consumers who took part in the survey, 64% would consider using an e-scooter as an alternative to public transport, assuming the trials prove successful. Venson’s data claims this puts e-scooters as a green transport option ahead of e-bikes (41%) and e-motorbikes (21%).  The younger age groups are most likely to give e-scooters a shot, and overall respondents were positive about the trial encouraging the reduction of carbon emissions.

In contrast, 40% of consumers believe the rider rules proposed by the government would eventually be broken, such as e-scooters riding on pavements, which is currently banned. Moreover, 37% are concerned that too many people will ride e-scooters, and that the situation would become hazardous for pedestrians and other road users.

The Government currently defines e-scooters as having a maximum speed of 12.5 mph produced by no motor other than an electric motor (maximum motor power of 350 Watts). The speed limit matches the that applied in countries like France, Germany and Denmark, which have accepted rental e-scooters into their cities.

Much of the Government’s regulations on e-scooters match those of electrically-assisted pedal cycles (EAPCs) like Uber JUMP e-bikes and Lime bikes. It is unclear in which cities the Government intends to hold the trials to collect safety data. What is clear is the interest for the clean method of transport as Swedish brand Voi is already considering a launch in the UK market claiming they could facilitate 50,000 rides a day.