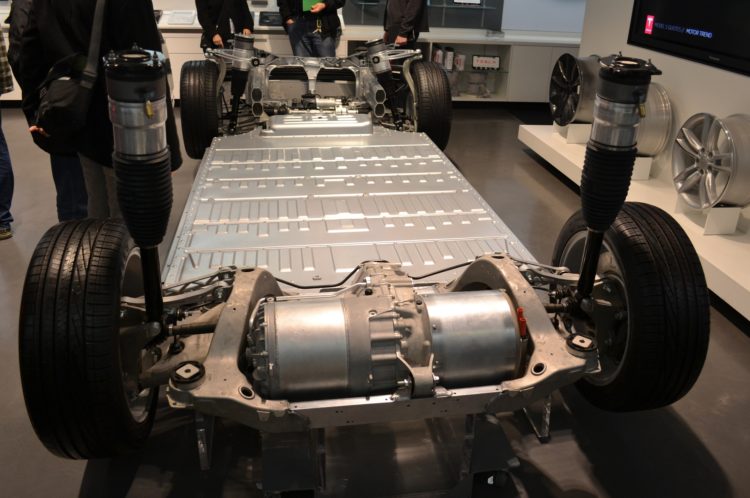 Tesla’s long-awaited Battery Day is approaching, and many expect the much-vaunted million-mile battery to be announced at the event. A Chinese company has already announced it’s ready to manufacture a battery with this lifespan. However, the hopes of longer lasting and more efficient batteries are based on the numerous patents that have revealed some of Tesla’s breakthrough technology.

Tesla has previously promised a new era of cheap cars that would carry million-mile batteries. The company has teased the car industry with many different patent applications like electromagnetic windshield wipers, and deals with manufacturers that would result in battery packs costing $80/kWh.

The development that should peak the most interest, however, is arguably the single crystal cathode patented by Dalhousie academic and head of the Tesla battery research team, Jeff Dahn.

A cathode is the positively charged electrode that absorbs the electrons and current into the battery. Simply put, they are essential for lithium-ion battery function and maintenance. The paper published by Dahn explores larger single crystal cathodes as opposed to polycrystalline cathodes. Charging and discharging makes the crystal structures expand and contract causing stress at the borders. With the currently used polycrystalline cathodes, the structure disintegrates over time and the battery fails. This allows for a bit more than 1,000 charge cycles.

The paper shows that the single crystal cathodes that Tesla wants to use degrade a lot slower, resulting in batteries lasting many more cycles – potentially up to 4,000. Additionally, the cathode is currently being manufactured with nickel, aluminium and cobalt, however the paper strongly suggests that the cathode can be made using only nickel and aluminium. This effectively means going cobalt-free, and therefore cheaper.

We know Tesla is keen on going cobalt-free to avoid using up the limited reserves our planet has, and to refrain from getting involved in illegal child labour that some cobalt mines have been accused of taking part in.

The only issue is that this crystal now needs the right additives for it to be incorporated into Teslas. What is promising is that Dahn and his team are already working on a Titanium-based coating that could make a battery that lasts 1.6 million kilometres, or a million miles. The era of cheap, durable EV batteries could be just around the corner.