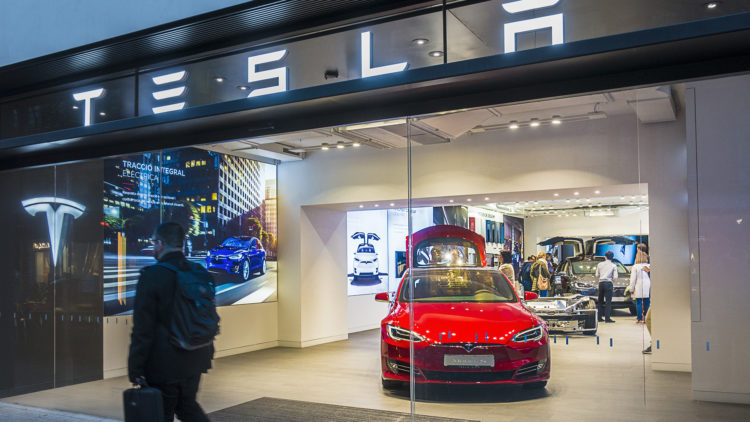 New BEV car registrations increased by 21.5% in May, where every other vehicle category was down drastically, according to data reported by the Society of Motor Manufacturers and Traders (SMMT), a UK trade association for the automotive industry. WhichEV analyses the key facts of the report as showrooms start reopening.

BEV market share last month increased to 12%, up by almost 11% compared to the same period last year, with 429 more vehicles registered year-on-year due to premium models being pre-ordered and delivered to customers. The Tesla Model 3 was actually the biggest-selling car across all types in May, with more than 850 vehicles sold.

These figures might see a further lift in the following months as Prime Minister Boris Johnson announced during a Coronavirus press conference last week that the government has invested £108m into the UK Battery Industrialisation Centre, a battery testing facility in Coventry due to open later this year, in order to incentivise clean mobility and decarbonisation. There is also a £6,000 diesel and petrol scrappage scheme being considered, according to a recent report by The Telegraph.

Meanwhile total UK new car registrations dropped by 89%, the worst performance since May 1952. The overall market slumped by more than 50% in the first five months of this year, at just half a million new sales compared to more than one million in the same period last year. 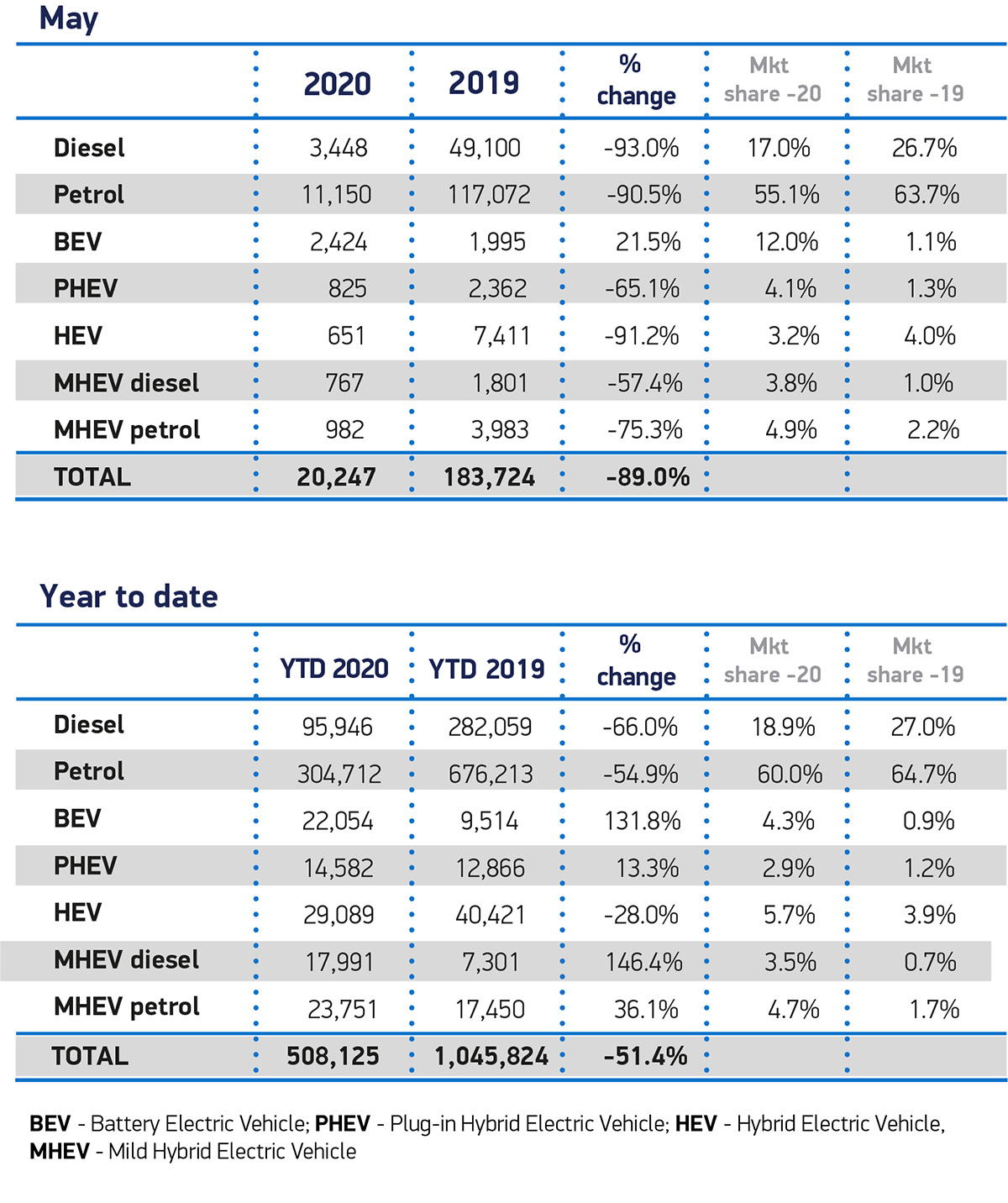 The automotive sector plays an important role for the UK economy. It accounts for £82bn turnover and adds £18.6bn of value. More than 168,000 people are directly involved in manufacturing out of 823,000 within the overall car industry.

As showrooms start reopening, last week, Mike Hawes, SMMT Chief Executive, said: “Cutting-edge new cars are now able to return to showrooms and early reports suggest there is good business given the circumstances, although it is far too early to tell how demand will pan out over the coming weeks and months.”