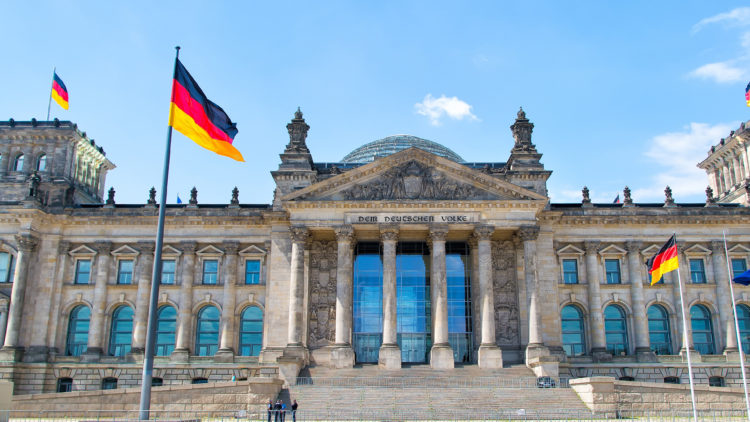 It's a tough decision to take when you lead a country that makes so many petrol and diesel cars, but the German Chancellor has chosen to lead the charge to EVs and there's a €2.5 billion stimulus package on the table, to help rehabilitate the present transport and fuel eco-system. Forcing the move to EVs is part of a larger €130 billion economic recovery plan. WhichEV considers how much work the Germans will have to put in and how much will it cost the UK to match that commitment?

Research by the German association for energy and water (BDEW), shows that 70,000 general EV charging stations and 7,000 fast charging stations would be required for an electrified transportation plan. There are more than 14,000 petrol stations in Germany and the government is now legislating for all of them to offer EV charging at the fastest practical rate.

Companies like Ionity are leading the charge, as they build their grid of 350kW super chargers. The initial cost of power is high, but we've been assured that rates will fall and the company has plans in place with Audi and Mercedes, to offer a discounted Ionity rate with every new EV purchased from the German auto giants. E.On is working on a similar scheme with VW.

With GM and Tesla claiming million-mile batteries and more advances to follow, the price of EVs will continues to fall – as the speed of charging increases. The combination of lower purchase price and reduced range anxiety should help drive the sale of electric vehicles. In Germany, surveys have shown that 97% of those who said they would not choose an EV gave ‘Range' as their number one reason for not moving.

As we reported back in December, if nothing changes, then over 100,000 German auto-sector workers are facing redundancy anyway. The pandemic forcing a shutdown is likely to drive the major manufacturers to push forward with their plans for electrification.

Alongside legislating for all petrol stations to offer better EV charging facilities, there are also a number of tax penalties being aimed at owners of polluting sports utility vehicles.

This move by Merkel's government follows an €8 billion plan announced by the French President Emmanuel Macron at the end of May. As car sales in the French market collapsed by 88% in April, Macron gave a speech at Valeo (car parts group) where he said: “This is a historic plan to confront the historic and terribly difficult situation that our country will have to face.”

The move is being touted as an attempt to bolster French independence and to row back on globalisation while ensuring greener policies. Now it seems that EU leaders are coordinating local policies to push the continent forward.

That kind of progress will be necessary to compete with the large Chinese brands who are planning on taking a significant share of the European EV market. While China is known as a polluter today, the central Chinese government has committed over $750 billion toward renewable energy investments and has stated that it expects to be carbon neutral by 2050. Laying over 40,000 kilometres of high-speed rail line will certainly help, and the reduction in inter-city motorway driving means that Chinese EV manufacturers can focus on smaller, more affordable cars with less battery capacity.

As city centres across Europe put in more and more speed restrictions, we will find that the demand for smaller, cheaper, zero-emission cars will increase. That's not a market in which the Germans have traditionally excelled. If the German version of ‘low cost' is £20,000 and the Chinese version is £8,000 – then big cars will need to be made more attractive through a better charging network. Merkle's move seems very smart. Will the UK and others follow suit?