Will Volvo’s XC40 Recharge be the best electric SUV yet? 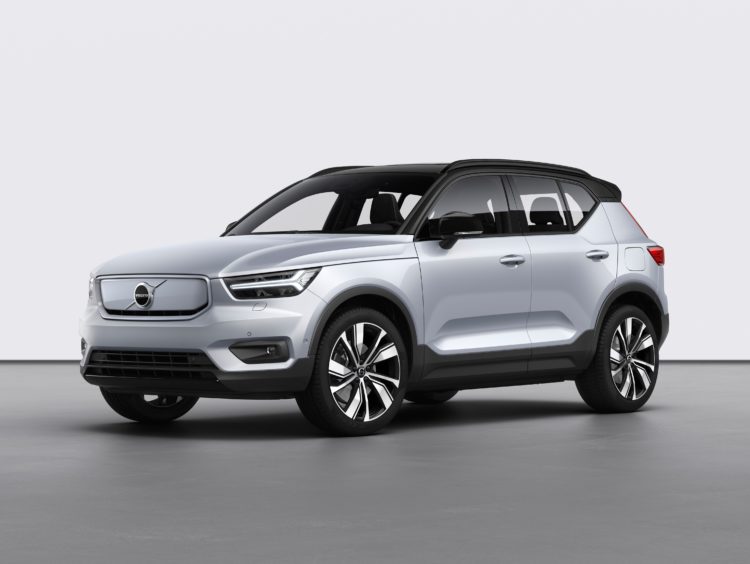 Just as Tesla's Model Y was starting to reach customers in the US, Volvo has revealed further details and a tentative release date for its Model Y competitor, the XC40 Recharge Pure Electric. It looks like Elon Musk may have a race on his hands to win the SUV market. The new look – shown in the video below – reveals further details about the EV version of the XC40 and confirms a lot of what people weren't sure would make the final version of the car.

Externally, it looks very much like a standard XC40, the only giveaway being the lack of a grille at the front. This sealed area now houses sensors for the new Advanced Driver Assistance Systems (ADAS) platform. It's no surprise to see Volvo has stuck to its roots and not redesigned the exterior of the car. It's not only successful, but a recognisable figure on the roads today and one that's practical, too – but what else would you expect from Volvo except practicality?

“The roots of Scandinavian design are based on visual clarity and the reduction of element. The XC40 is a great example of this,” said Robin Page, Head of Design at Volvo Cars. “Its bold, instantly recognisable design is now even sleeker and more modern in the all-electric version. Without the need for a grille we have created an even cleaner and more modern face, while the lack of tailpipes does the same at the rear. This is the approach we will explore more and more as we continue down the road of electrification.”

The XC40 Pure Electric will be available in eight different colours, including the new Sage Green metallic option. The roof will consist of an all-black design as standard, while two 19in and 20in wheels come as new options.

The interior is where the car truly shines, though. It looks like a slightly modernised take on the XC40 – no doubt aimed at winning over people who wouldn't initially consider an EV – including carpets made from recycled materials. In terms of driver and passenger interfacing, the Android-based system comes with Google Assistant and this will allow for complete integration for voice controls over car interior temperature alongside standard expectations like messaging and phone calls. There's no news yet if Apple or Alexa integration will be possible or offered.

“We are finally giving you the same experience in your car that you’re used to on your phone, but adapted for safe interaction while driving,” says Henrik Green, Chief Technology Officer at Volvo Cars. “And by introducing over-the-air updates for everything from maintenance to completely new features, the car can stay as fresh as your other digital products, always with the latest and greatest features.”

What will be interesting to see though is how long the vehicle OS is given support for. Traditionally, Google has come under fire for not supporting phone operating systems for as long as competitors like Apple, normally ending support after two to three years. Most car owners keep vehicles for longer than that and we will have to wait to find out whether in a few years Google is still supporting the car or what Volvo will do to keep it current.

It's a vehicle that's attracting a lot of interest, though – and that's in part down to the specs. The XC40 Recharge Pure Electric will have two 150 kW (201 hp) electric motors that will combine to offer up to 300 kW (402 hp) of power and 487ft-lb of torque. This has been made possible thanks to the car's four-wheel-drive (FWD) system, whereby a motor is mounted on each axle. The SUV has a top speed of 112mph and achieves 0-62 mph in just 4.9 seconds. Elsewhere, the vehicle's 78kWh battery will last for around 249 miles; two types of chargers are supported: an 11kW AC and a much faster 150kW DC. Volvo claims the latter will give the SUV an 80% charge in just 40 minutes.

The XC40 Recharge is based on CMA, an advanced modular vehicle architecture co-developed within the Geely Group. It's this kind of approach that should see the price of electric vehicles drop below their petrol/diesel counterparts in the near future. Fewer parts per car and a shared base of technologies mean a lower cost of production.

We know that Volvo has a lot of faith in this SUV – we've already reported on the ramping up of battery plans – and preorders are available for the XC40 Recharge in the US and a few select European countries. The SUV can now be reserved with a €1,000/$1,000 refundable deposit with an anticipated delivery date in early 2021, and UK prices will start at £53,155. Will Elon be able to get enough Model Ys out the door to compete?