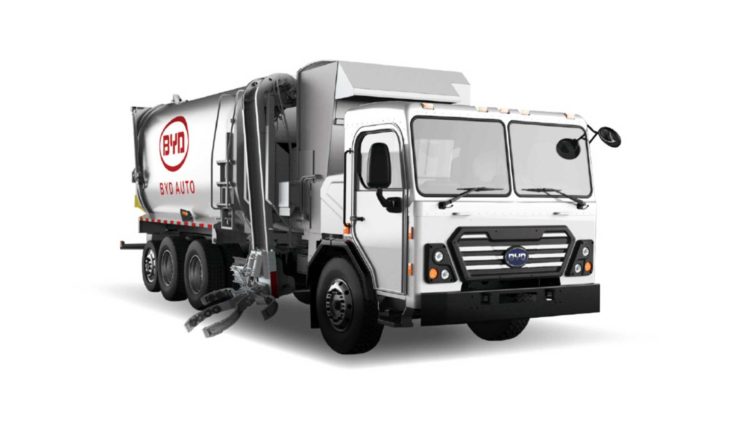 Research from Eunomia, a UK-based consultancy, shows that if the United States switched the country’s fleet of diesel-powered refuse collection vehicles (RCVs) for electric trucks, greenhouse gas emissions would be reduced by an estimated 290,000 tons of carbon dioxide annually. Proportionately similar reductions could be seen in the UK.

The study, “Ditching Diesel: A Cost-Benefit Analysis of Electric Refuse Collection Vehicles,” points out that although switching from diesel to electric RCVs might be more expensive at first, in the long run it will deliver lower operational costs and lower emissions.

“Switching to electric vehicles leads to lower levels of air pollution, fewer CO2 emissions, and a much quieter atmosphere when operating than diesel RCVs,” Sarah Edwards, head of the New York office for Eunomia Research and Consulting explained. “Electric RCVs are also easier to maintain, as they have fewer moving parts than traditional diesel RCVs, leading to easier and simpler mechanics when operating the machinery.”

The research also focuses on fleets in the UK, as the country is slowly gearing up to net zero greenhouse emission by 2050. Electric rubbish trucks could help the nation to achieve the ambitious goal. “Our research found that in the UK context, replacing diesel trucks with EVs is likely to result in a reduction of greenhouse gas emissions of over 80% per year,” Edwards said.

Although these numbers are very promising, Eunomia also found that convincing cities to pay the high upfront capital costs and to invest long-term in the cost of the infrastructure necessary to run an entirely electric fleet can be an issue in implementing the vehicles. “Some of our previous research on electric vehicle readiness suggests that the United States is towards the top tier when compared to other counties, but there still needs to be further investment to make electric fleets 100% viable,” Edwards says. Chinese manufacturer BYD is one of the companies already supplying electric RCVs to the US market.

The upfront costs could be higher, but in the long run there is no doubt that EV garbage trucks could be a game changer for a greener future. Traditional waste collection vehicles rely on internal combustion engines. Instead, Electric RCVs rely on battery-powered electric propulsion that can be recharged from the electricity grid and has the potential to be charged directly from renewables such as rooftop solar panels, Edwards says. “Electric vehicles charge when not in use, and are much quieter when on their routes,” she says.

Eunomia researchers interviewed operators and manufacturers from the UK, as well as reviewing existing operations and research. They also illustrate where electric RCVs are currently being deployed in eight countries, including the UK. “We wanted to provide research that reviewed costs and benefits,” Edwards says. “Our independent research and analysis provide an overview of the financial and environmental implications of a movement towards fully electric vehicle fleets, an area where there appeared to be a gap in the sustainable transportation literature.”

Will Volvo’s XC40 Recharge be the best electric SUV yet?

Will Volvo's XC40 Recharge be the best electric SUV yet?