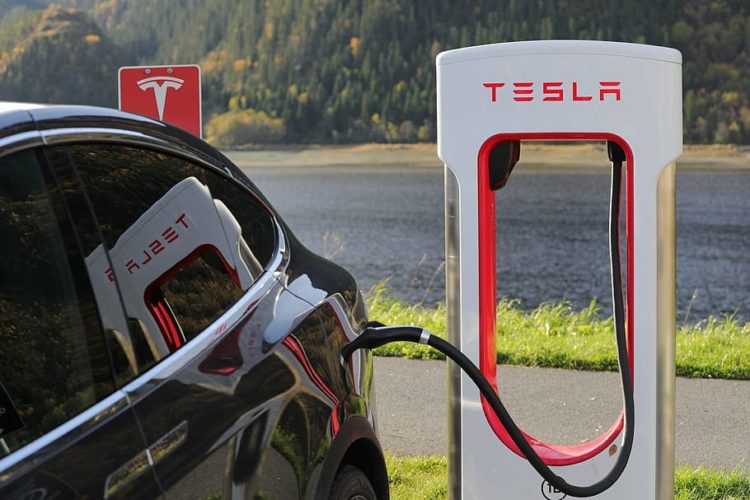 Tesla has been quietly equipping the Model 3 with vehicle-to-grid technology. This means that owners could potentially power their house with their Tesla vehicle during a power outage or charge another electric vehicle with their own.

Vehicle-to-grid technology allows an EV to be used as a battery pack, letting owners sell stored excess battery back to the grid when demand for energy is peaking. This feature, as it is used by other competitors such as Honda and Nissan, is an unexpected component for Tesla. In the past, CEO Elon Musk and cofounder and former CTO JB Straubel have expressed concerns about enabling bidirectional charging (aka vehicle-to-grid) in Tesla vehicles due to the potential of accelerated battery degradation.

However, recently it is becoming less of a concern as Tesla keeps improving battery longevity with new battery cells — leading to its “million-mile battery.” According to Marco Gaxiola, an electrical engineer who participated in a Model 3 teardown for a Tesla competitor, while reverse engineering the electric car’s charger he found it to be ready for bidirectional charging.

This means that Tesla could eventually unlock a lot more value from its customer fleet, both for the vehicle owners and for Tesla itself. Drivers will be able to fully recharge their car in off-peak hours when electricity is at its lowest price, and then sell the same energy back to the grid when prices are high. It’s a win-win situation as it offers some of the cheapest charging rates possible.

As we said, Tesla isn’t the only automaker using this type of technology. If you are a Nissan Leaf owner and you live in Milton Keynes, you can now apply to the Domestic Energy Balancing EV Charging project. This is a trial for domestic smart chargers, vehicle to grid (V2G) chargers and home battery storage, with the option to keep the equipment at the end of the project. Also Octopus Energy is testing this technology now in the south-east of the UK with a groundbreaking Powerloop bundle, one of the world’s first mass domestic V2G projects.

In order to participate in this trial, you will also need a Nissan Leaf. Owners will have their homes kitted out with a special V2G-compatible charger. The V2G charger can import energy to charge, but also export energy to feed it back to the grid.

Vehicle-to-grid tech is getting a lot of attention from automakers for its potential to help balance the grid as we move towards an all-electric world. This technology will allow consumers to buy electricity much more cheaply and store it when it’s not in demand, usually during the night. This means far less energy would be consumed at peak times, when the grid often has to call on gas-powered stations, for example, to meet the high energy demand.