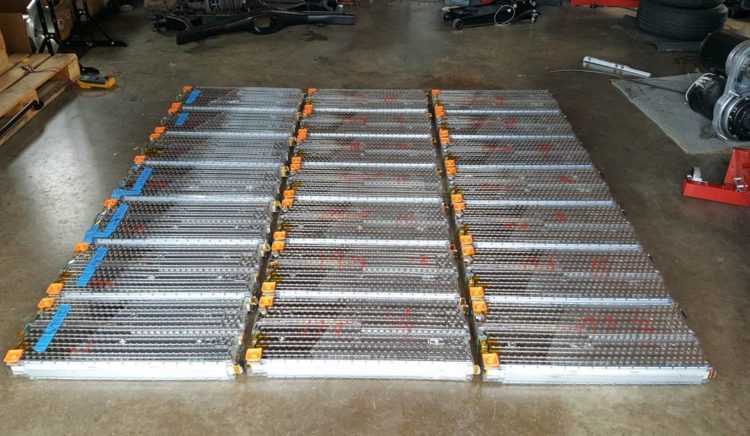 Battery pack prices across all vehicle classes and powertrains are expected to experience significant reductions by 2030, according to a new report from Guidehouse Insights. The biggest fall will be observed in light duty (LD) battery EVs (8.3% annual decrease) followed by LD plug-in hybrid EVs (8.1% decrease). This would mean a 55% overall cost reduction by 2030.

Usually one of the first things that a buyer does before choosing a new car is to evaluate the price range they can afford. Only few years ago, electric cars were beyond the pocket of the majority of the population due to their high prices. The battery of an electric car is a significant reason for this. It's the most expensive part to produce, and for quite some time it was hard for automakers to lower the production costs of this essential component.

However, that situation has changed quite bit in the past decade as battery prices, which were above $1,100 per kilowatt-hour in 2010, have fallen 87% in real terms to $156/kWh in 2019. By 2023, average prices will be close to $100/kWh, according to the latest forecast from research company BloombergNEF (BNEF). As we recently reported alongside Tesla's announcement of the ‘million mile' battery, this is the level at which EVs would cost the same as conventional internal combustion engine vehicles.

That will help stabilize EV prices because as batteries costs go down, the overall cost of electric systems is steadily increasing. An analysis from Deloitte estimates that electronics now account for approximately 40% of the price of a new car. For a comparison, just 20 years ago, when fuel injection systems, ABS, and ESP were already the norm, that portion was just 18%.

Deloitte also calculates that the cost of the components that make up electronic systems in vehicles has grown from £251 per car in 2013 to around £322 today. By 2022, this figure is expected to reach close to £484 per car. However by then the exponential growth is expected to slow down as computer components measured in nanometers are close to reaching their physical limits.

As electric cars will be more and more affordable to produce, at WhichEV we expect prices will to keep dropping in the next years as they more mass produced. And after 2023, thanks to the reduction in battery costs, EVs could start becoming cheaper than ICE cars.