The new Polestar 2 will have technology that aims at keeping its lithium batteries from catching fire in the event of an accident. The protection of the battery pack during a collision is crucial, says Polestar. That is why all its cells are in an aluminum case fully housed within the floor structure of the unibody frame. In the event of a crash, the battery pack is automatically disconnected from the rest of the vehicle, ensuring no live connection and hopefully no trigger for fire.

Every brand has a reputation fostered through its history. Ferrari means style and speed, whilst Mercedes is usually associated with technology and comfort. But if we say Volvo, the first word that will pop into your mind will be ‘safety'. The Swedish-Chinese company has been a leader in this area for over 30 years and it seems that its subsidiary, electric vehicle automaker Polestar, is also bringing safety measures to a whole new level.

The Polestar 2 also includes something Volvo calls its ‘SPOC Block’ (Severe Partial Offset Crash), a deflective solid aluminum block housed on the bottom edge of the front firewall on either side of the car. This minimizes the intrusion of the wheel and other objects into the cabin or towards the battery pack during partially offset frontal collisions, which can cause damage to the subfloor, and therefore the battery. 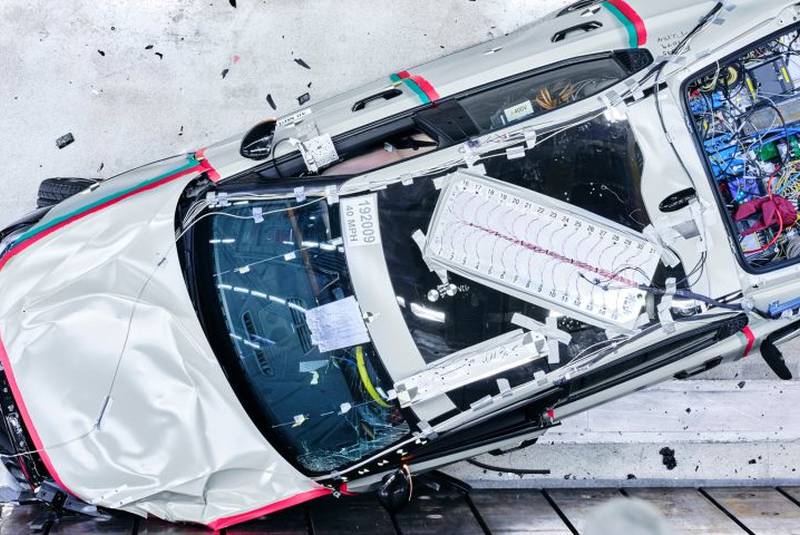 Just imagine this device as a sort of extra armor that will protect the battery during most road accidents. Since it is an electric vehicle it has a much smaller, less weighty engine, which might even be in line with the wheels rather than in the traditional location. As Volvo explained, typically an internal combustion motor absorbs a significant amount of energy in a frontal crash, so the SPOC Block replicates that indirect benefit.

Volvo also created a new Front Lower Load Path (FLLP), which is essential to protect the car and occupants during severely localized impacts, such as colliding head-on with a pole, for instance. Again, thanks to Volvo, the Polestar will install automatically inflate air cushions even in the inner edge of the front seat backs, increasing safety still further. Lastly, the Polestar 2 has a heated radar sensor in its front grille that powers its collision avoidance systems.

At WhichEV, we are sure that with all these safety measures any passenger in this car will be able to comfortably take a nap. But hopefully not the driver.