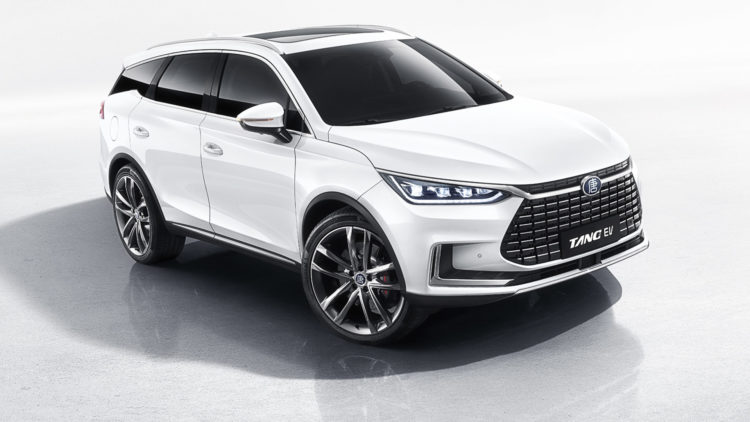 Chinese EV manufacturer BYD has announced plans for an expansion into the European market. This could represent a significant challenge to European auto makers who are still being gripped by the Covid-19 slump. Widely considered to be the best investor in history, Warren Buffet took a 25% stake in BYD back in 2008 and the company has subsequently set up manufacturing partnership deals with companies like Toyota. WhichEV examines the new models being promised by BYD and how the Chinese manufacturer's pricing might disrupt the local market.

According to a report from Shell subsidiary NewMotion, Norway is currently leading the way in EV ownership in Europe. In fact, plug-in electric vehicles accounted for more than 33% of new car registrations last year and Norway also has the largest share of pure electric vehicles in the world.

The list of incentives would make most money-grabbing governments wince. In Norway, electric cars are exempt from the annual road tax, all public parking fees and toll payments plus they have the added bonus of being able to use bus lanes to bypass their fossil-fuel burning neighbours.

That EV-friendliness has been a key reason behind BYD's decision to launch its second generation ‘Tang' compact SUV in Norway – ahead of other European countries. As well as designing, developing and producing electric vehicles, BYD also positions itself as a leader in battery technology. The new Tang goes some way to showing off that aspect of BYD's R&D. The BYD Tang EV600 is a permanent all-wheel drive compact SUV which claims to deliver a range of up to 373 miles (520km) on a single charge.

Pricing will be announced later this year when it goes on sale in Norway. The existing model sells for £38,000 ($48,000) plus VAT. Being VAT exempt will create some competition with traditional quality brands. BYD's challenge will be to convince people that it has a premium product.

But the expansion plan does not stop with consumer vehicles. BYD has a history of supplying eBus, eCoach and commercial vehicles in China. Plans are also underway to bring a full range of battery electric vehicles (BEV) for the commercial vehicle sector later this year. Models will include a panel van as well as 7.5- and 19-ton rigid distribution trucks. BYD also wants to offer a mini tractor for home/small holding use.

Isbrand Ho, Managing Director for BYD Europe, told media, “The Norwegian market is the natural choice for BYD to start this trial, as we look to expand our EV presence in Europe.”

“Norway is the most advanced market in Europe when it comes to the widespread adoption and usage of electric vehicles,” he said, “as well as possessing a comprehensive charging network. We will closely evaluate how the market performs, but, in the longer term, it is our aim to expand passenger car sales beyond Norway.”

We're left wondering how much of a modular approach BYD has to its vehicles. Judging from the image supplied, that bigger truck in BYD's line-up could easily be transformed into a bus or coach. Will BYD go after local public/private transport contracts? The main web site talks about a ‘7+4 offering‘ in this segment. The company already has electric rubbish trucks on the streets of California, as shown below.

Overall, the product line-up and company backing seem impressive. Price and quality remain to be seen.

For WhichEV, the only question that hasn't yet been answered is, how will BYD provide service, support, repairs and warranty work for European customers? If the partnership with Toyota meant that BYD customers could use Toyota's existing service network – then that would be a major advantage. We have asked BYD's HQ and will let you know their response.

If Chinese firms can ensure good service and support, build their products to a high standard and we don't enter into an overt trade war in the coming years, then the European driver should be well served by an increase in competition. More high-quality products in the auto-sector will help push prices down across the board.