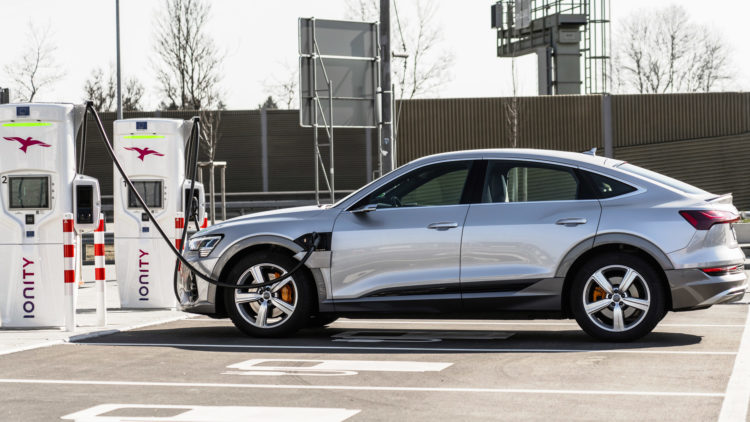 Earlier this year Audi officially released its aggressive-looking e-tron 50 and 55 Quattros, and now is looking to highlight the superior charging curve of these cars. The German manufacturer claims that its unique charging makes its models more enjoyable and practical for long-distance journeys.

This is all because the charging capacity of up to 150 kW from chargers such as Ionity’s is available for a larger portion of the Audi e-tron’s charging procedure. This is what makes e-tron and e-tron Sportback charging so competitive and, according to Audi, the 150 kW output is possible between 5% and 70% state-of-charge (SOC). 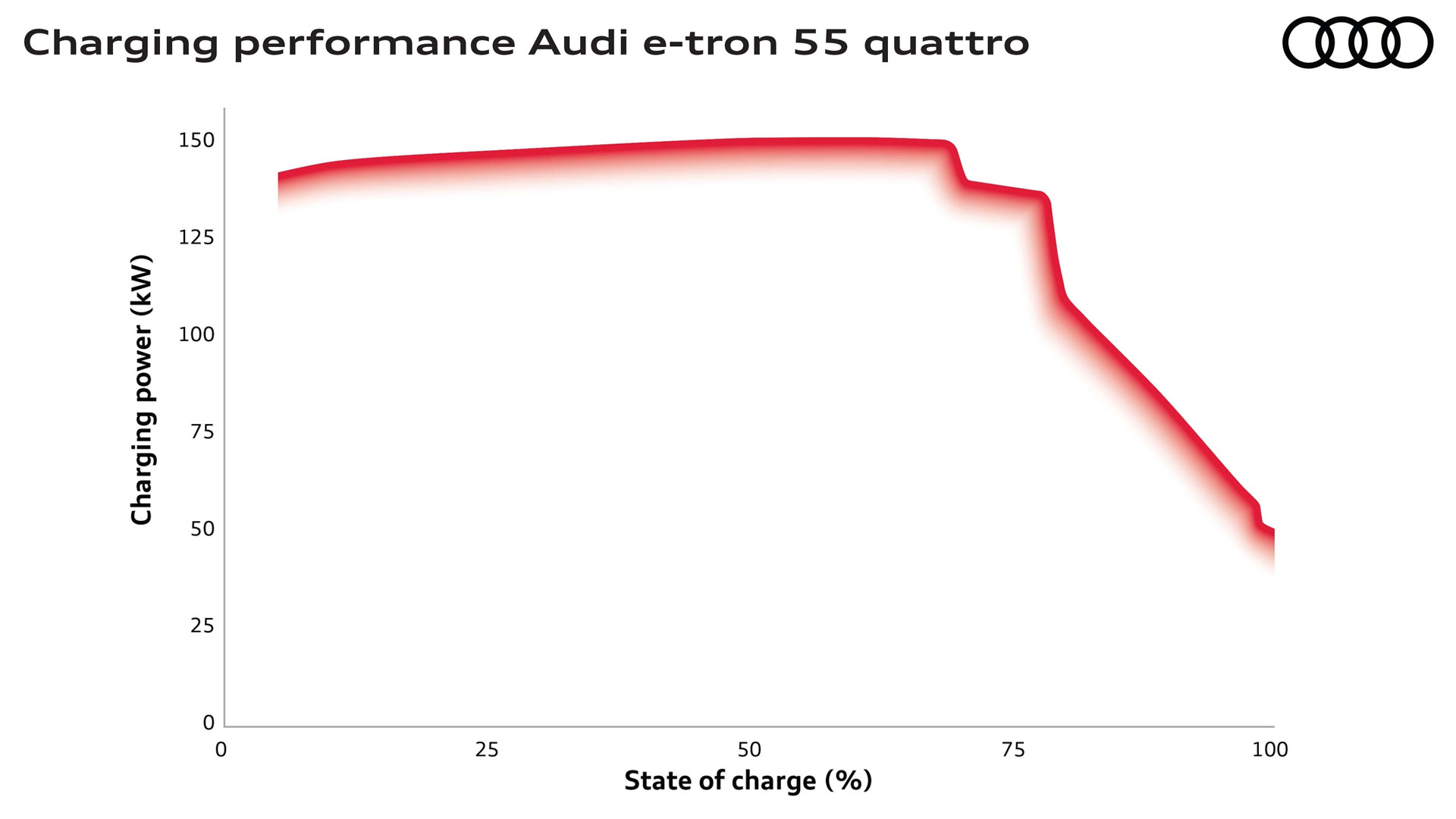 Audi argues that although other manufacturers may have a higher peak of charging, this is less important than the e-tron’s ability to hold the 150kW charging output level for longer. Moreover, they put the case forward that car buyers should avoid paying too much attention to the maximum charging speed of electric vehicles. Instead Audi wants to switch the focus to its charging speed as the e-tron’s peak charging may be lower, but it stays at its peak longer. 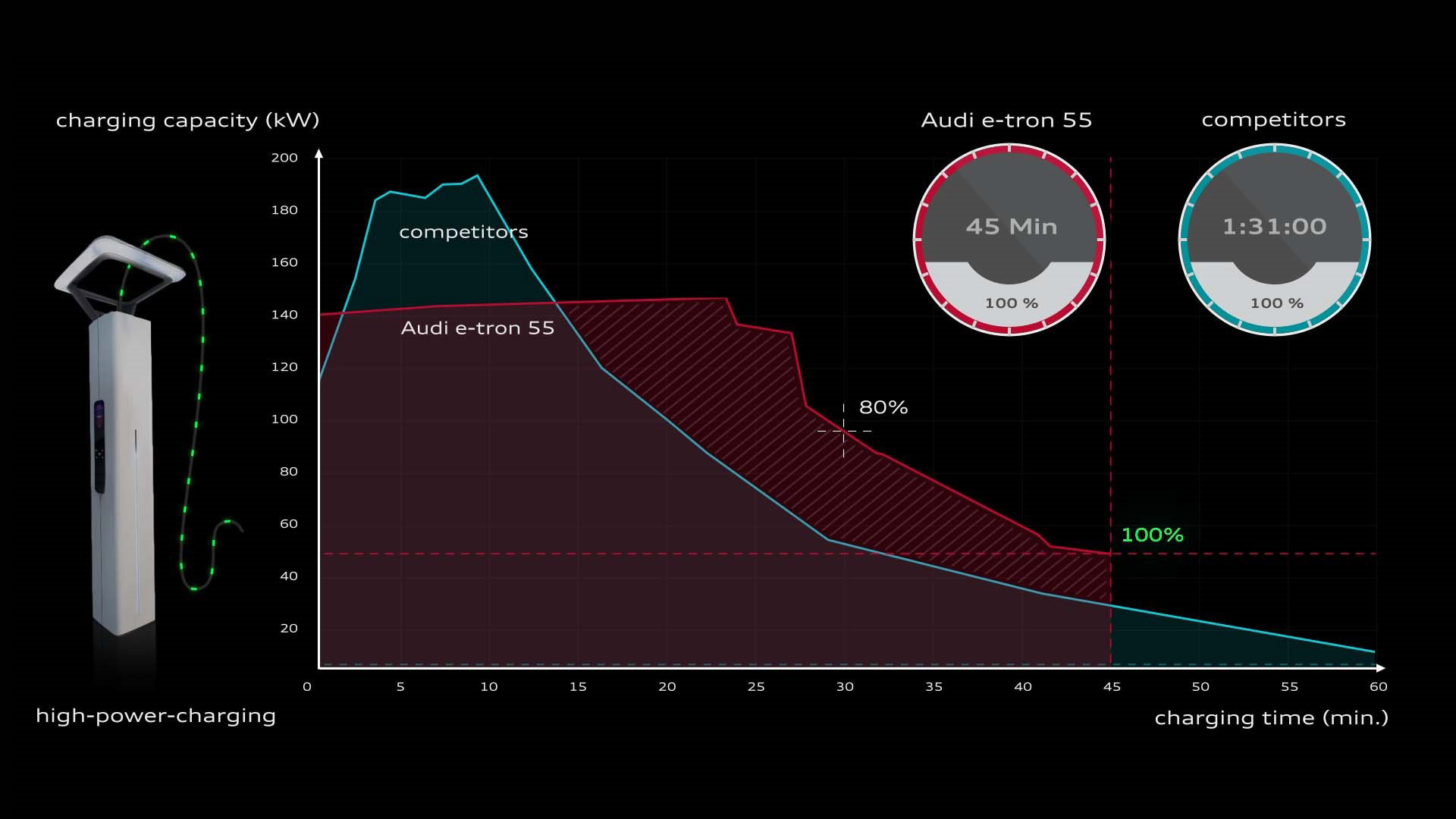 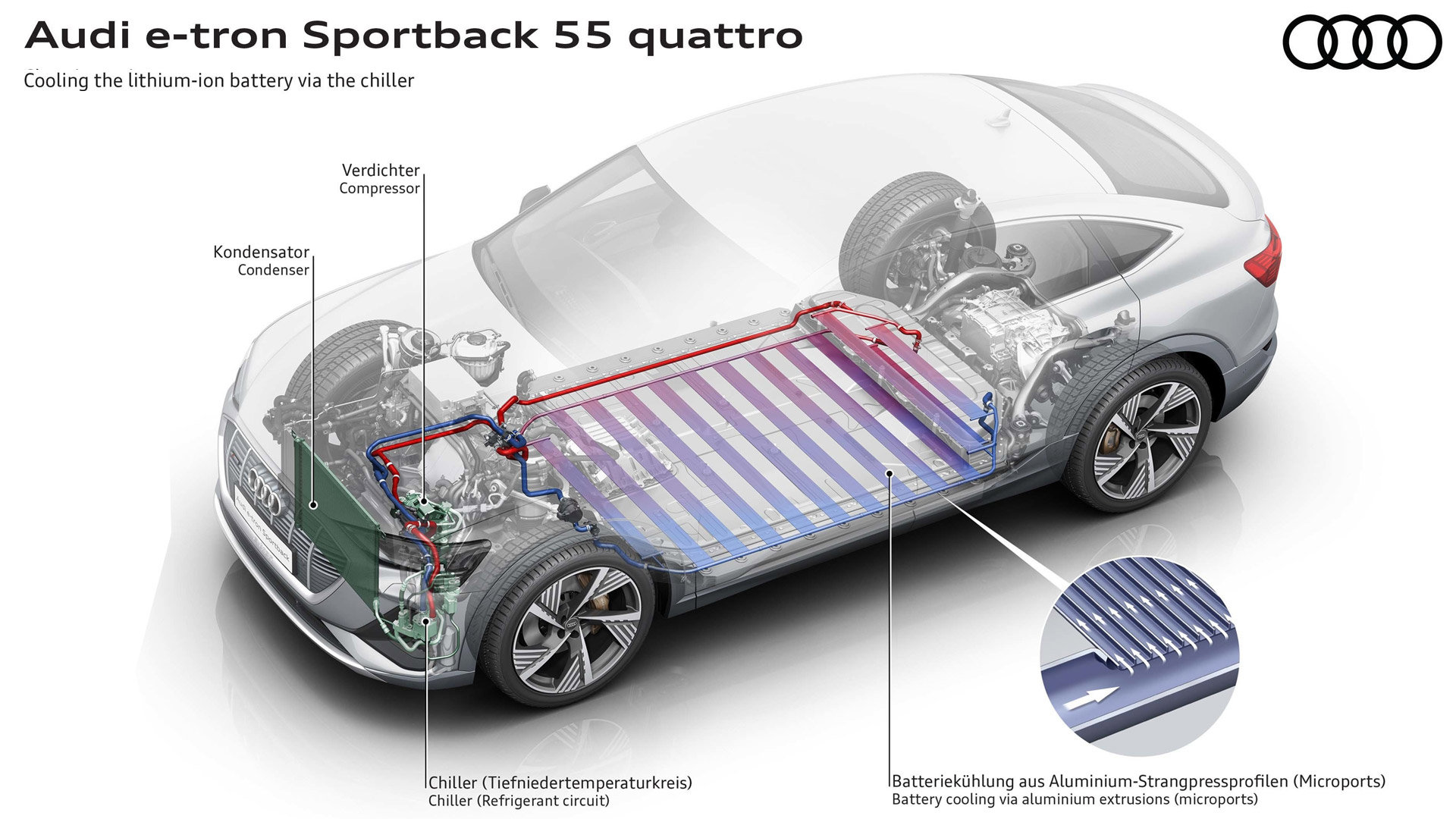 Using 22 litres of liquid cooling ensures the lithium-ion battery of the Audi e-tron 55 remains at optimum charge rate closer to its gross capacity of 95kWh. The heat that this strenuous charging produces is sucked up by the elaborate coolant that is designed to extend the life and durability of the battery. 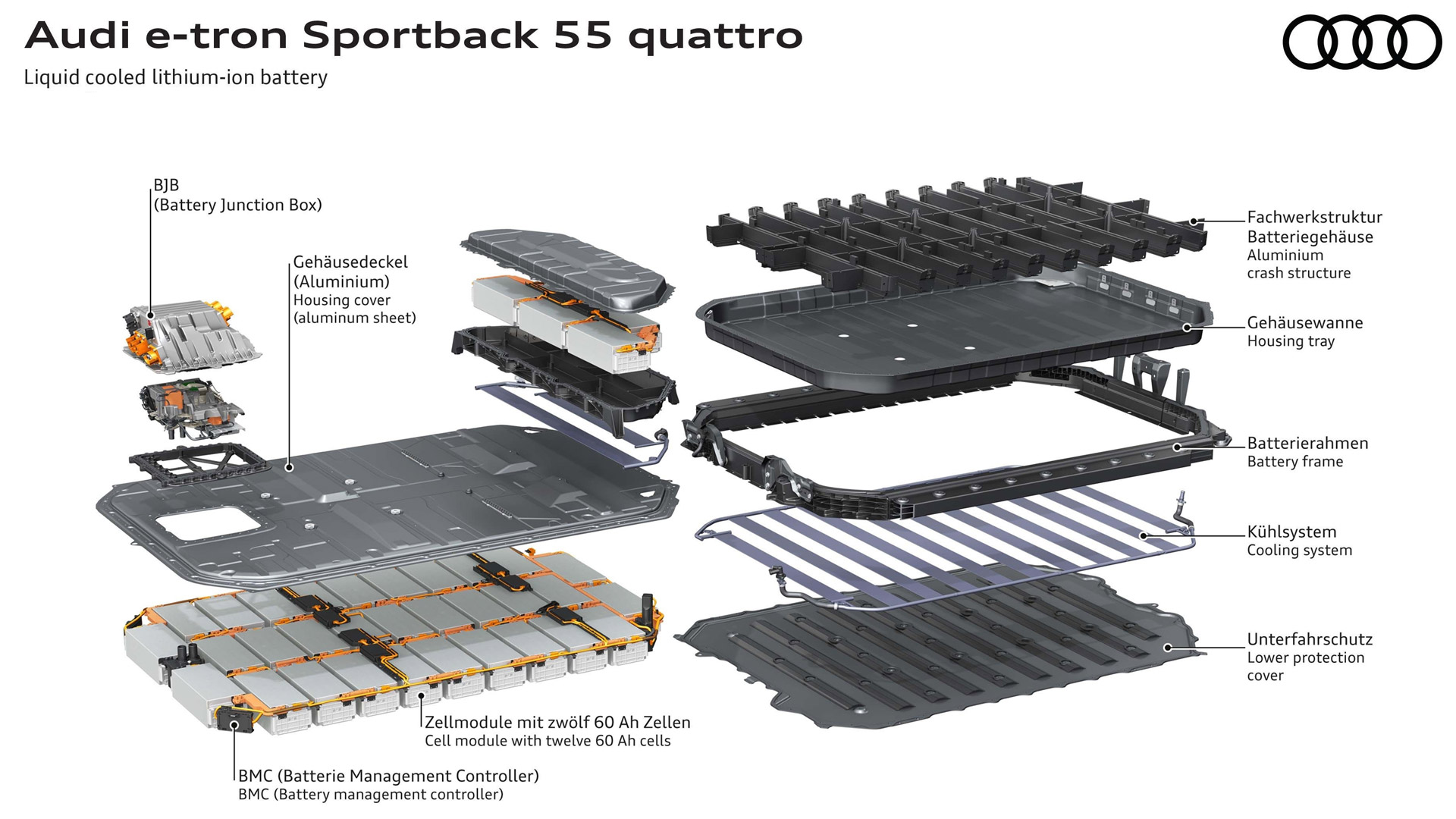 Filling the remaining 20 percent takes longer, as with most lithium-ion batteries. Audi engineers have been successful with their cooling system. According to Fastned, Audi e-tron seems to lead the pack with its charging speeds closely followed by Tesla Model 3 Long Range. The e-tron 55 will start at £79,990.

It will be interesting to see if more manufacturers will incorporate or improve liquid cooling systems seeing the results they can produce for improving the charging curve, and if customers are willing to pay the cost.