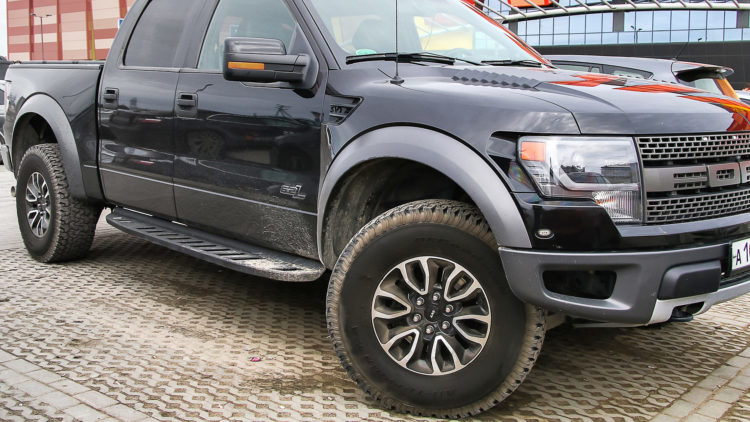 We may have said the other day that at least one of the world's superpowers is getting ready to pivot to EV's – but that may not be the case in America, where a new report shows the number of EVs planned for sale there is a shockingly small percentage. The documentation leaked on General Motors and Ford (two of the biggest car makers in America) reveals that they plan to make more than 5 million SUVs and pickup trucks in 2026, but only about 320,000 electric vehicles. WhichEV digs down on the numbers.

While this doesn't mean that electrification plans for the likes of The Hummer, The Endurance, Mustang Mach-E or GM's battery plant plans are in doubt, the latest data does appear to show that US manufacturers believe there will be more profit/market share in fossil fuelled vehicles than EVs.

Now while it's likely that these plans were pulled together before the full impact of the coronavirus, little will have happened in the coming days to convince the manufacturers that EV may be the way for them to go – especially when you consider the falling oil price.

Instead of EVs, the companies seem to be placing their bets on SUVs, which mean energy consumption will go up instead of down, as environmentalists might have hoped for – which will have its own knock-on effect on human health, both physical and financial.

Financially, there has been a huge swing toward seven year car loans in the USA, an increase of more than 300% over the last 10 years. Longer payment periods, mean more ‘extras' being loaded into the initial price – and a guaranteed stream of income from repairs, spares and servicing.

Health-wise, research has been carried out on the link between conditions like asthma and pollution, with one recent study showing that up to 0.3% of the deaths in a given population can be attributed to air quality. Translating that for the total US population, better air could mean around 8,000 fewer deaths each year.

The production plans claim that GM and Ford are expecting to manufacture and produce approximately 320,000 pure EV vehicles in North America in 2026. Now while that could be spun as an impressive ten-fold rise from the planned 2020 numbers of 35,000 vehicles, two other numbers reveal the stark truth behind the companies' priorities.

Firstly, Tesla last year managed to produce and deliver more than 350,000 vehicles in a period when Ford and GM haven't even managed one-tenth of that. Secondly, the two car giants are expecting to make around 5.2 million SUVs and pickups. That's not only more than 10 times the number of EVs planned for the same period but also a considerable increase on the 4.6 million SUVs and pickups sold in the region during 2019. Naturally, recent global economic situations will cause all of these numbers to be revisited.

At the same time, GM is pushing a strongly pro-EV message, saying that it's building toward an all-electric future – and Ford has gained a lot of plaudits for its Mustang Mach-E.

When you consider that President Trump is aiming to roll back tougher fuel economy and emissions standards that were proposed by President Obama, you can see why the major auto makers believe the wind is blowing in a specific direction for their business.

That isn't to say that the companies don't believe in EVs. GM claimed (pre-coronavirus) that it was aiming to bring around one million EVs to drivers by around 2025, but that was for vehicles to be sold in China. Unless there's a change of heart at the companies, the Land of the Free will remain the Land of the internal combustion engine for some time yet.