Volvo and Fiat are moving to EVs, but will it be too little too late? 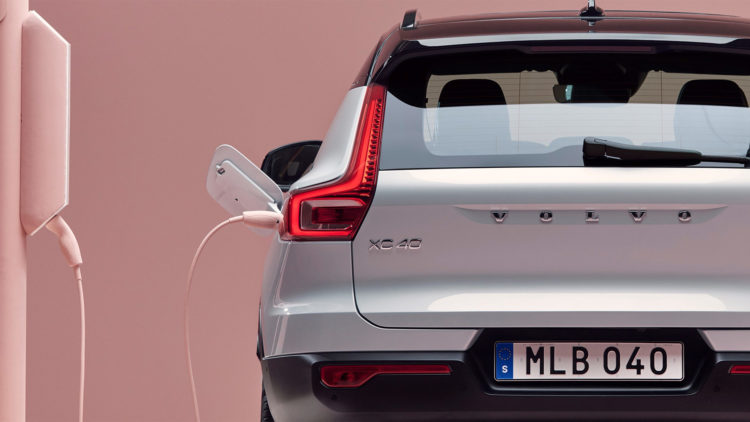 Tesla is the definition of a disruptive company. The love and dedication it has attracted from enthusiasts and early adopters, has been more than matched by hatred and disbelief drivers clinging to the past. Around 4th February 2020, Tesla was valued on the stock exchange higher than Mercedes, BMW, Ford, Nissan, Fiat and Chrysler – combined. It has, without doubt, woken many sleeping giants. WhichEV examines what challenges might be coming Tesla's way from Volvo and Fiat among others.

Volvo has just announced that it is restructuring its executive management from 14th April, to speed up the way the company does business. The company will now be divided into four broad areas, all of which will report to Chief Executive Officer Håkan Samuelsson.

This was a necessary move. When WhichEV spoke with Citroen's new CEO Vincent Cobée last month, he confirmed that every new Citroen on sale by 2025 would be Electrified. By the same deadline, Volvo believes that half its line up will still feature petrol and diesel powered engines.

Recently, Fiat Chrysler started an ambitious battery factory in Turin, Italy. The ‘Battery Hub’ is necessary for Fiat to build its 500e and Centoventi models. Fiat Chrysler has also decided to dive deeper and invest over €800 million in its renowned 80-year-old Mirafiori facility, to renovate the plant with the very latest in robot-led production systems in order to produce a range of electric cars from Fiat to Maserati.

The challenge that the old guard face is immense.

While the Model S, Model X and Model 3 have done exceptionally well, the introduction of halo-effect products like the 250mph Tesla Roadster and revolutionary Cybertruck, have moved the goal posts somewhat.

Looking to Sweden, you'll find Volvo working hard to switch production gears in order to deliver a full range of electric cars. Back in October, Volvo announced its first electric car in the XC40 Recharge – which should be built in the recently inaugurated EV assembly line at Volvo’s Belgian manufacturing plant in Ghent. Going forward, Volvo plans a new EV release every year.

All sounds very well but is it too little too late? Not only do many companies appear to be lagging behind Tesla in terms of technology, drivers we speak with keep coming back to the biggest drawback: Price.

For a lot of people we've spoken to, it feels like the addition of an electric motor, effectively adds 50% to the price of a car. Surely, that can't continue?

It doesn't get any better for companies who were looking to dip a toe into the EV market, with the government's decision to remove the plug-in grant for cars costing over £50,000.

Established manufacturers are relying heavily on economies of scale – that if they can drive up volume, then they can become price competitive. Which presents another challenge.

The Chinese auto industry is ambitious, fast moving and more easily able to compete on price.

Volvo, Fiat and others who were late to the party, now have to hit a lot of key milestones into order to challenge Tesla or re-vamped organisations like Audi-VW and BMW. We have yet to see the true picture from Japan.

It will be interesting to see how more traditional car companies are able to keep their brand and carbon-footprint hopes afloat in a much more price-conscious all-electric era, ahead of the dawn of autonomous driving.