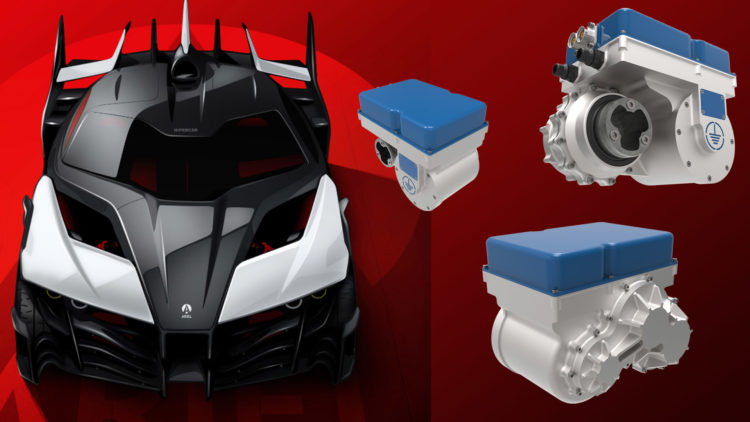 Build the best magnetic motor you can in 2020 and you will get a up to 5kW of power for every kilogram that the motor weighs, according to engineering companies Hieta and Equipmake. Their new venture is aiming to deliver a next-generation prototype motor to market, by the start of 2021, where each kilo of motor will deliver 22kw of power. WhichEV considers the exciting potential of this technology and wonders if an improvement of more than 400% is within the realms of possibility.

Back in October, we reported on Equipmake's success in creating a common platform for buses and other forms of transport, called the EBus. At the same time, the Norfolk based company was working on delivering the powerplant for the first all-electric Ariel Hipercar. In order to deliver on its bold strategy, Equipmake partnered with Hieta, a Bristol based company specialising in additive manufacturing.

Thanks to Hieta’s specialisation in 3D printing, the motor’s casing is a printed metal structure – as opposed to being milled from a solid billet. The advanced casing is made as thin as possible, which helps with the motor’s thermal efficiency. The lightness of the finished product comes from the minimal use of metal anywhere else in its construction, it is used when metal is essential for the design.

The basic physics around most transport centres on Newton's laws of motion, specifically the second law that says the force needed to start or stop a body are equal to the mass of the object multiplied by the acceleration/deceleration needed. In other words, F=MA. The second law comes into play when you look at Newton's first law, which states that objects stay at rest or move with constant velocity, unless acted on by a force. This applies as much to moving the internals of a motor as it does to the vehicle that you want to propel with said motor.

There are many advantages to a lightweight design. First, it reduces inertia, which means quicker acceleration and a faster rotational speed. Second, is that (as long as you have enough physical strength in the design) heat becomes less of an issue.

Equipmake's primary goal with the new motor technology will be to improve power delivery to the Ariel Hipercar, which expects to hit 60mph is just over 2 seconds. They will then adapt the motor, by pairing units together and giving them completely different gearing, in order to power their own low cost electric buses.

If Equipmake and Hieta get their designs right, the first prototypes are expected to begin testing around January 2021 and if that goes well, we could see Ampere motors powering sports cars and efficient buses later the same year.

Ian Foley, Managing director of Equipmake, said: “This exciting project has the potential to totally change our concept of what an electric motor can offer – and with such a huge amount of performance in a such a small package at as low a cost as possible, this motor is set to further revolutionise e-mobility, whether that’s in automotive or aerospace”.

One of the biggest challenges for all electric cars is weight. While having a long, wide battery fitted into the base of your car can do wonders for stability and cornering, it also adds a lot of weight. BMW's tiny i3 can weigh close to 1,400Kg and even the spartan design of a Tesla Model S can be over 2,200Kg. Reducing the weight of any electric car, can help it accelerate faster and hit a higher top speed, if designed for performance. Then again, you can gear it differently to produce much less heat, while dramatically increasing the available range.

If all goes to plan, it's possible that you'll be able to book yourself onto a track day with the Ampere-powered Ariel Hipercar, sometime toward the end of 2021.

One thing is for sure, we're living in the first generation of electric cars and we'll see huge improvements in range and performance over the next 10 years. Ampere could be a pioneering kind of technology that leads us to that golden EV future – or it could be something that we've yet to see. For now, Ampere seems very promising.