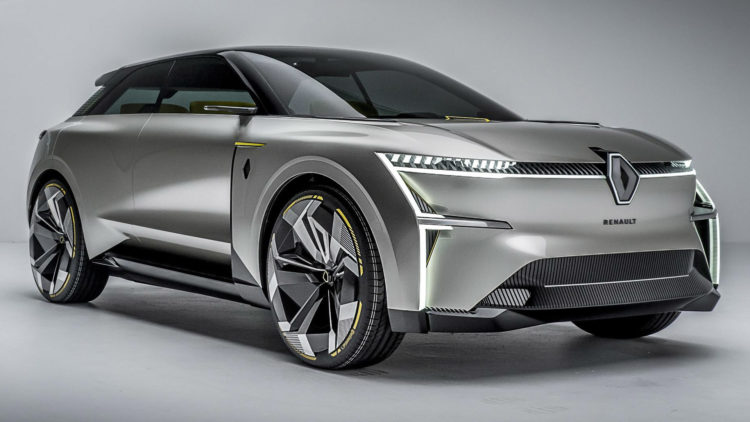 We all fell in love with the original Transformers series and first film. The idea of intelligent vehicles that can transform according to the situation they find themselves in, well that's the stuff of pure science fiction. With the Morphoz, the external design is dramatic enough before any changes happen, but this car is all about change. Renault's design team have given it the ability to morph its shape, to better suit its driver's needs. WhichEV watches on as fantasy becomes reality.

Adjustable seats and steering columns are commonplace. So how about a car that can become 4.4 metres long with a 2.73m wheelbase when driving in the city and 4.8m long with a 2.93m wheelbase for longer journeys?

One look at the specs, features and external design and you know that this is probably the most advanced vehicle that any French automaker has ever produced. It's packed with Renault Ai technology and even the battery pack is dual use. Smaller battery pack for driving in town and an extra battery for longer range when motoring long distance.

According to Renault, Morphoz will have a 40kWh battery in town, giving it a range up to 249 miles. The extended frame can take an additional battery that gives you a total of 90kWh and a range of 435 miles.

In a similar way to Tesla, Renault has given the battery system the ability to charge your home and other appliances, using V2G (Vehicle to Grid) bi-directional technology. This may have seemed like a solution without a problem, but many victims of last summer's fire in California were glad of the ability to carry on using electric devices after PGE shut the grid down.

You can, of course, take the unused batteries out and store them in a charging station. Either to be used in other vehicles or to power equipment such as self-service bicycle charging stations or street lighting.

That brings us to the artificial intelligence. Morphoz aims to make life safer for all road users, by removing the human error that's behind 90% of all road accidents.

In pre-defined situations, like on motorways or in traffic jams, Morphoz will be ready for you to hand over control. The driver can release the steering wheel and Morphoz will carry on driving safely. Of course, with present day legislation, the driver must always be attentive and ready to take back control at any moment. Compulsory caveat to include in your brochure if you're Renault, but the Ai engineers we discussed this with in the States last year, told us that it's almost impossible for humans to react fast enough to make a difference.

Back to the ‘immediately useful' parts of the Ai system. Morphoz will activate even before you enter the vehicle. Its sensors will detect and recognise the driver approaching. The driver can wave and that will activate a ‘welcome sequence’ that unlocks and opens the doors, according to Renault officials.

Ai works as a virtual personal assistant, allowing the driver will be able to manage the car in many different ways. For example, by touching the screens and console, through hand gestures and, of course, with their voice.

The interior design of the car also has one eye on the future. Probably the most dramatic will be ‘share mode', which will allow passengers to turn the front seats around completely, so they can sit face-to-face with their fellow travellers. We reckon this is likely to affect reaction times if the driver needs to grab the steering wheel.

Lastly, Renault has replaced the standard mirrors with digital high definition cameras. They will provide images into interior screens and the system utilises artificial intelligence to warn the driver of potential hazards, helping to reduce incidents.  We've seen this kind of wing mirror system on Audi e-trons before and you can't help but worry about the replacement cost if a fellow road user knocks on off.

Overall, it's good to see car companies rising to the challenges that Tesla's technologies have introduced and a future with less human interaction is likely to be much safer. The ability to adapt but the interior layout, available space and even the amount of battery power is also interesting. Taking over 500,000 pre-orders for the Cybertruck, Elon Musk has shown the rest of the market that it's OK to break all the rules of traditional car design.

Hopefully, the final road car will keep the distinctive look and densely packed technology set up.