Can the i4 save BMW? 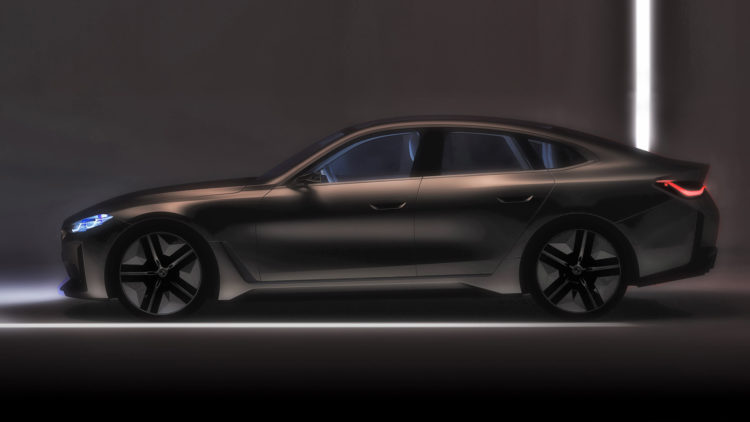 The ultimate driving machine. Forty five years ago, a Vice President called Bob Lutz saw some intriguing adverts for Fiat and hired the agency that produced them to work on a catchphrase for his company, BMW. Although BMW has used a variety of slogans and ad-lines since, The Ultimate Driving Machine remains one of the best, most recognised slogans of all time in the motor industry. For a company whose share price has tumbled around 50% over the past five years, the German car maker needs something special to turn around its fortunes. WhichEV asks: Can the new electric i4 save BMW?

The world is moving away from petrol and diesel too quickly for many of the established auto brands. It's a commonly known fact that a single Tesla (Model 3) outsold every BMW model in the USA last year. That's every BMW model, combined.

At CES 2020 earlier this year, BMW built a massive outdoor demonstration area to show off a new range of cars. Unfortunately, all of them used fossil fuels.

Combine that with the moves being made by the UK government to remove tax from new electric company cars – and the price issues begin to mount up. Then consider all of the additional congestion and ultra low emission zones that will come into play over the next 12 months – and it's easy to see how this will apply mounting pressure on brands that want to stick to older technologies. Bear in mind that part of the reason you can get a luxury car on a low-priced lease, is because of an expectation when it comes to the ‘guaranteed future value'. Less future value equals a higher initial purchase price.

Against that backdrop, BMW is beginning a serious move to the EV marketplace, starting with the brand new i4. Full details on this car will be released soon enough, but we already know what it needs to do in order to succeed:-

Priced at £40,000 or less, a business lease could be under £450 a month. With no company car tax and no petrol to pay for, that could make this a very appealing car. The BMW 4 Series Gran Coupe starts around £35,000, so our projected price target is not outside the realms of possibility.If the BMW i4 can get close to this ‘target spec', then the Germans will be able to pull out their trump card: Interior design. So far, of all the regular electric cars we've seen, nothing gets close to the top end German interiors. That's where BMW can win, but only if everything else makes sense.

“The BMW Concept i4 brings electrification to the core of the BMW brand”, said Adrian van Hooydonk, Senior Vice President BMW Group Design. “The design is dynamic, clean and elegant. In short: a perfect BMW that happens to be zero emission”.

It's likely that the new BMW will be able to connect to a DC charger of up to 150kW – more details on its actual charging options will be released later. There has been some discussion that the i4 will be able to pull an additional 50 miles of range for every 5 minutes its plugged into the fastest charger in optimal conditions. That compares to 75 miles per 5 minutes on Tesla's fastest chargers. Will BMW decide that 50 miles per 5 minutes is enough or will it push to match Tesla?

The leaked i4 photos show a futuristic, minimalist cabin which appears to be influenced by Tesla's design language, whilst on the outside the design is classic BMW with the kidney grille and trademark hofmeister kink.

From the pictures alone, we can't be sure if the grille is simply a way to tie the new designs into BMW's design history – or if it includes air vents to help cool the internals like the battery and drive train.

Assuming it gets everything right from a product point of view, the next move for Bavarian Motor Works is to finalise work on its €200 million Munich plant upgrade, so that mass production on the i4 can begin mid-2021 on the same production lines as the existing hybrid and fossil fuel models.

One last concern with BMW centres on servicing costs. Anyone who's owned a BMW 4×4 and had to get something as simple as an air filter replaced, will know all about the eye-watering prices.

To increase efficiency, it appears that BMW has integrated the motor, transmission and power electronics into a single unit. That sounds like a massive/expensive operation to repair or replace. That's why the specifics of the warranty on the i4 will be crucial.

If it gets the combination of i4 price and specification spot on, will that be enough to help BMW win back the accolade of being The Ultimate Driving Machine?

Let us know what you think about BMW's future with the i4 over on Facebook or Twitter.

Mini Electric buyers can get 5,000 miles of free green energy